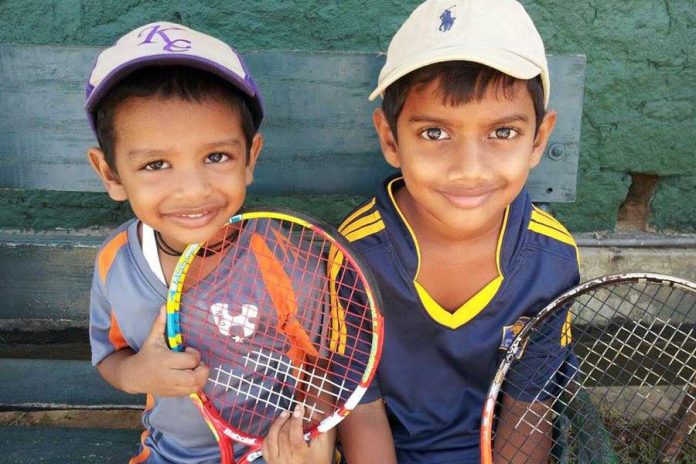 The 7th annual Janaka Bogollagama Tennis Tournament kicked off today (18th Dec) at the Sri Lanka Tennis Association courts in gala form. The tournament was inaugurated in 2011 in memory of late Mr. Bogollagama, a junior National champion during the 1960s, who later became President of the Kurunegala Club and the Sri Lanka Tennis Association (SLTA).

In Sri Lanka’s century long journey in the sport of tennis, we’ve seen many……..

The event began when ranking events were a scarcity in outstations. It began with age groups of under 7, 8, 10, 12 and 14 in both Girls and Boys segments and as a ‘C’ Grade event. In 2013, it was upgraded to the ‘B’ Grade by the SLTA considering its quality organisation. The u-16 and 18 age groups were too added in 2013. The Kurunegala Club upgraded its tennis courts adding them with flood light facilities with the enthusiastic support of late Janaka’s wife and two daughters.

Quite the Birthday gift for Adithya Karunaratne as she celebrated…….

“The main purpose of the tournament is to promote tennis and provide opportunity to young tennis players from around the country to participate in a Ranking Tennis Tournament,” says Ms. Heshani Bogollagama, Tournament Directress and daughter of Janaka Bogollagama.

This year, the tournament has been brought to Colombo where the mother body of Tennis – SLTA will host the event in grandeur. Top rankers in the country will take part this year including M.A Shakir, Prasanna Athauda, Kavisha Rathnayake and Vonara De Alwis.

The matches began today at the SLTA courts with the under 12 and 14 singles and doubles events kicking the tournament off. The Janaka Bogollagama Memorial Ranking tournament will officially close off the 2017 calendar year for Sri Lanka Tennis.

Stay logged onto ThePapare.com for more news and photographs of the event