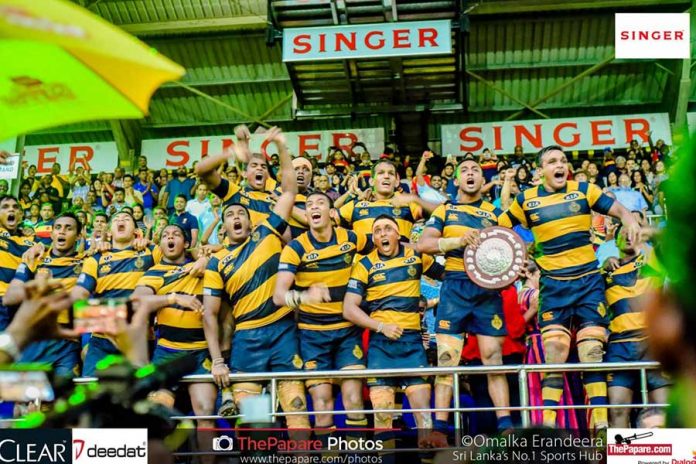 Owing to the current situation in the country following the Easter Sunday attacks, the 75th Bradby Shield encounter has been postponed until a verdict is reached on the Singer Schools Rugby League 2019.

The 75th edition of the Bradby Shield was set to be played on the 11th and 25th of May.

The 1st leg of the Bradby Shield was supposed to be played in the 3rd week of the second round and the 2nd leg to be held after the league’s conclusion. Issuing a media release on behalf of the two schools, the Principal of Trinity College Andrew Fowler-Watt added that it may be unsafe to conduct a high profile game of the magnitude of the Bradby at the moment.

“The Principal of Royal College and I have made the decision to postpone the 2019 Bradby Shield until such time as it is considered safe to play such a high-profile encounter. At the moment, the advice from Police and other authorities is that it is simply not safe to do so.”

“Especially given that so many supporters of both schools travel from overseas to watch the matches, we cannot wait any longer before making this decision”

The dates for the Bradby will depend on when the Singer Schools Rugby League resumes. ThePapare.com learns that the discussion regarding the league will be held on the 7th of May after the schools are reopened for the second term.

Schools Rugby to be further postponed