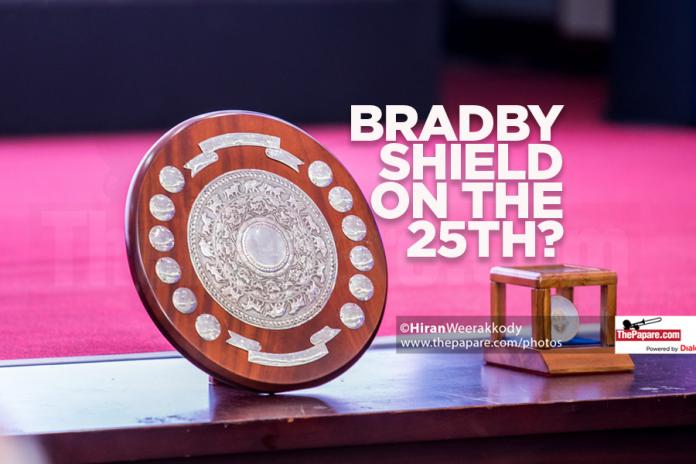 Authorities of both Royal and Trinity are in discussion to hold the 75th Bradby Shield Encounter on the 25th May and the 1st of June this year after the two legged series was put on hold due to the Easter Sunday attacks.

The two legs that are usually played a fortnight apart however will now be played a week apart as the Sri Lanka Schools Rugby Football Association expects to resume the second round of the league shortly after.

“We (SLSRFA) have spoken to the two parties and they are willing to play the Bradby on the 25th and 1st of June.”

“On the 1st of June week, we also hope to resume the second round of the Singer Schools Rugby League” added Ranjith Chandrasekara, President of the SLSRFA.

Earlier schools rugby and all sporting activities were put on hold owing to the current security situation in the country and the SLSRFA is seeking Ministry of Education and the Defence Ministry approval to resume.

The blue-ribbon rugby fixture of the country has been uninterrupted since 1945 and organizers of both schools expect the tradition to continue. There has been only one instance in which only one game was played. In 1971 owing to the security situation in the country, only one leg was played and the winner of the 1st leg was awarded the shield.

However security arrangements should be something that the organizers should look at, with an expected attendance of over 7000 per leg.