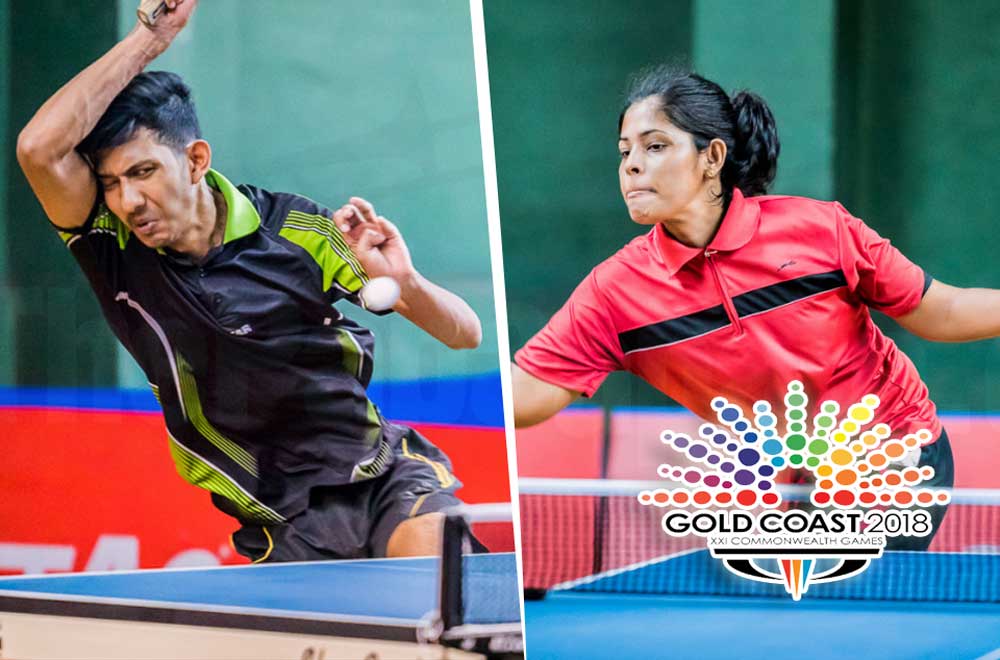 The soon approaching 2018 Commonwealth Games is set to take place in Gold Coast Australia from the 4th to the 15th of April.

In the midst of all preparation, the Sri Lanka Table Tennis Association has finalized a 6-member team to represent Sri Lanka at this year’s most celebrated world sporting event.

Sri Lankan men and women have climbed mountains in the..

5-time National Champion Imesh Ranasinghe will look at bettering his international performance as he is a top contributor in the team. Nirmala Jayasinghe and Rohan Sirisena will join him as the second and third members to cap the men’s team. Triple champion Rohan Sirisena has been a top runner in the Sri Lankan Table Tennis arena. With 960 points, Nirmala Jayasinghe stands on top of the World Rankings as far as Sri Lanka Men’s Singles rankings are concerned.

Erandi Warusawithana currently holds the highest international rank in the Women’s circuit with 288 points and will be a key contributor to the team. Hansani Kapugeekiyana and Ishara Madurangi will fill in the last two spots in the team bringing in vast international experience. With 850 Points in the bag, Ishara Madurangi trails right behind Erandi in the world rankings.

Stay logged on to ThePapare.com to keep yourself updated with their journey in the 2018 Commonwealth Games.