Home Aquatics Can the Thomian swimmers be inspired by their Cricketers? 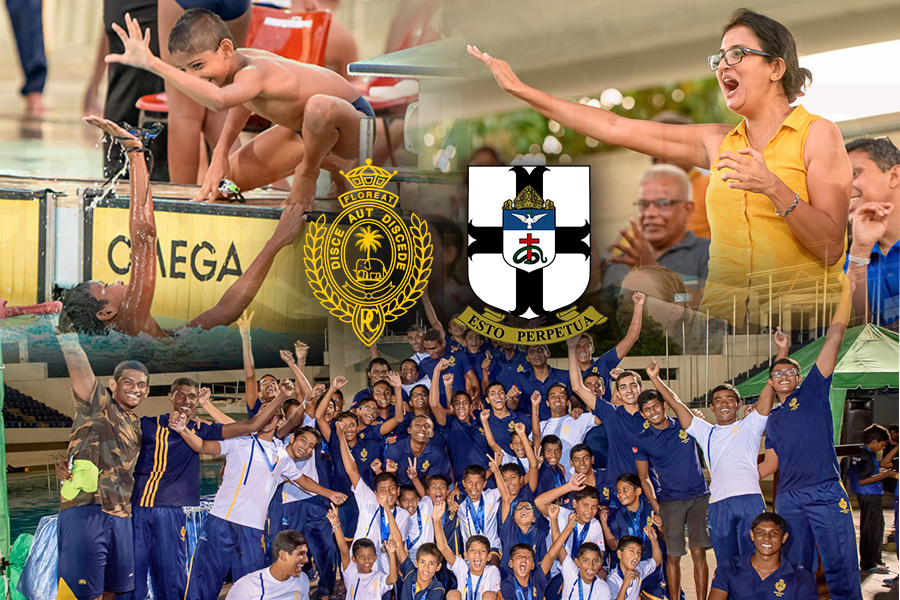 A rivalry that stretches for decades, across countless sports, is the tale of the Roy-Tho. In its 4th edition, the Royal – Thomian Aquatic Championship is set to come alive on the 13th July at the Airforce Swimming Complex.

The championship was first brought alive in 2009 and was played for the Creon Corea Memorial Shield for two years. After a long lapse of 8 years, the tournament re-booted in 2018 with the Dr. Jey Gunasekaram Trophy being awarded to the overall winners.

Now, the Creon Corea Shield is awarded to the Senior Champions while the Commander A C Dassenaike Shield is claimed by the Junior winners of the clash.

The school by the sea has not had any luck in this rivalry, unlike the cricket big matches. The S. Thomas’ cricket team of 2019 showed brilliance in perseverance at the 140th Battle of the Blues. The swimmers will need to read a page of the cricketers’ playbook if they are to turn their luck, in the pool.

Last year, Royal College dominated proceedings in all age groups starting from the U9 category, all the way to the U19’s. However, with pride on the line, the Thomian clan will come out all guns blazing to try and claim their first ever Royal – Thomian aquatic title.