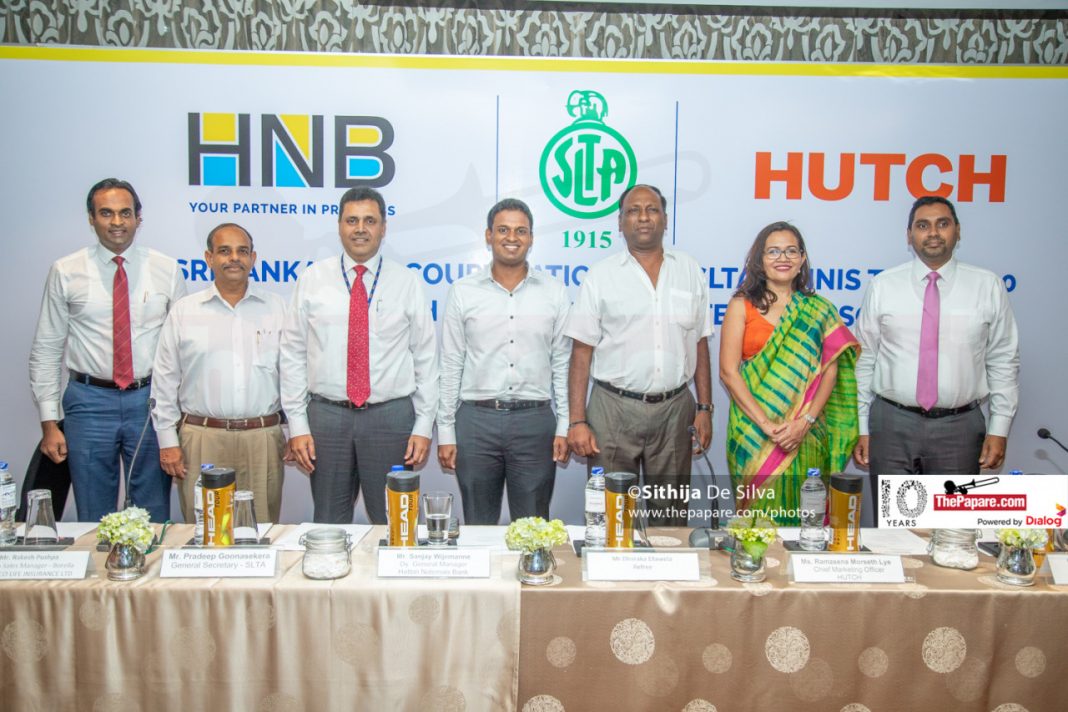 Hatton National Bank and Hutch Telecommunications joined hands with the Sri Lanka Tennis Association as Main Sponsors of the Clay Court Nationals Tennis Tournament 2020. The tournament will be held from the 13th – 26th March at the SLTA.

The Clay Court Nationals will see the tournaments’ first-ever set of sponsors coming on board on this 3rd edition of the event. The biggest tournament in the SLTA Tennis Tour Calendar will be headed by Ganendran Subramaniam this year, a well-seasoned coach in the industry.

A media conference was held yesterday (6th March) to announce the partnerships between the many sponsors to the media. Deputy General Manager of HNB and ardent member of the sport, Sanjay Wijemmanne addressed the media with inspiring words with a plan to take the partnership further and build a world-class pool of talent in the next ten years.

HNB has been in the field of Tennis for years now empowering local talent across the island. They have generously signed on for a 3-year contract with the SLTA assuring the fullest support to take this tournament to the next step.

3G Sports will come in as the Official Ball sponsors for the event, with Head balls run the tournament. Celiynco Insurance Life has also come on board as a Co-Sponsor for the tournament.

Sri Lanka through to final qualifiers of the World Juniors

Sri Lanka is through to the final qualifiers of the World Juniors and has secured top spots at the ITF 14 & Under Development tournament.

Hutch Telecommunications, on the other hand, will step in as first-time sponsors to the tournament as the second Main Sponsor; This will be their inaugural sponsorship in the sport as well.

Experienced Dharaka Ellawala will take up the role of Tournament Referee. Many top rankers are expected to play the tournament this year as well, with the impressive list of talent in the previous two years.

Keep it logged onto ThePapare.com for Photos, results, and Videos of the 3rd Clay Court Nationals Tennis Tournament.