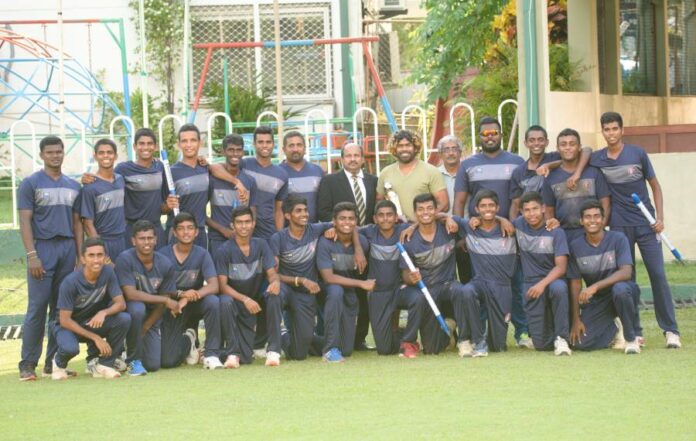 Mahinda College, Galle and Devapathiraja College, Rathgama engaged in a tussle for the championship of Schools U19 Division 1 – Tier B Cricket Tournament 2021 today (2nd May) at NCC Grounds.

Navod Paranavithana was the pick of the bowling as the Sri Lanka youth star picked up 3 wickets for just 8 runs. Subhanu Rajapaksha joined him at the top of the table with 3 scalps to his name.

On the other hand, Mahinda College who had a cakewalk of a chase to seal the title made their mess, eventually got over the line.

It was the late middle-order batsman Danuja Induwara, who is quite known for his hard-hitting knocks, had to come in and see through almost 10 overs for his hard-earned 24 runs to make sure his team was safely over the line.

Irushka Thimira, One of the top wicket-takers of the tournament, picked 3 wickets for 25 runs, which gave a brief moment of optimism for the Rajans. That, however wasn’t good enough to earn them the championship.

Read : Devapathiraja and Mahinda to clash in Final