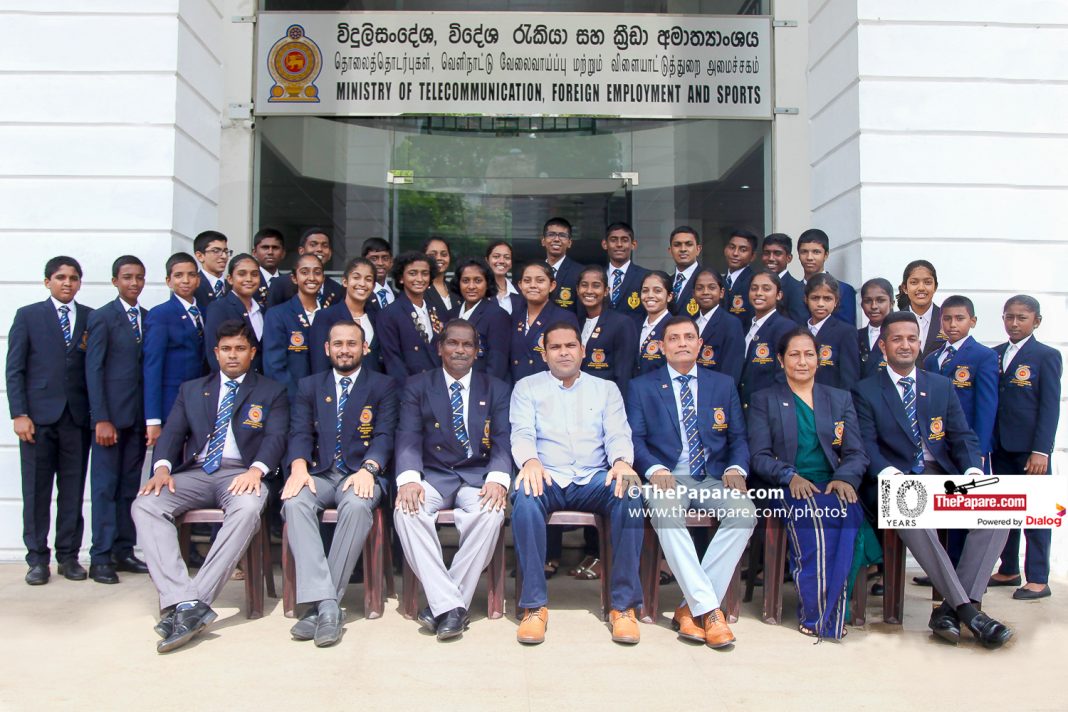 The Sri Lanka squash team which comprises of 31 players from 4 age groups (Under 13, 15, 17 & 19) in both Girls and Boys categories, will depart the island for Macau, China on 23rd of July in line with the 26th Asian Junior Individual Squash Championships 2019.

The World Junior Circuit Tier 2 event will take place at the Macau Bowling Center in Macau in China from the 26th to the 30th of June 2019.

Sri Lanka is no stranger to the Asian individual championship arena, having performed well in many of its previous versions. The championships will be run in accordance with the ASF Championship Regulations. The ASF Seeding Committee will produce the final individual seeding by Tuesday, 11th June 2019.

Team Sri Lanka is equipped with experienced players who have represented the country in many international tournaments in the junior and senior events, whilst a few young players especially from the under 13 age group are competing internationally for the first time.

The Sri Lanka Squash Federation has hope for a few podium finishes at these prestigious Asian Championships. We have seen positive signs at this same event in the years of 2016, 2017 & 2018. The players who performed well in the previous years are now experienced in their play and this will definitely be an advantage as they look to reach greater heights this year.

Both the boys’ and girls’ teams were selected through the junior national trials conducted by Sri Lankan Squash Federation (SLS). The top ranked Sri Lankan junior players were invited for trials held in early April this year and the top 4 rated players from each group were picked for the championship.

After the selection process SLS conducted a mandatory 12-week intensive training clinic for all selected players conducted by coach appointed for the tour, Gihan Suwaris. Gihan himself is a former top ranked Sri Lankan player and an Asian junior veteran.

SLS also organized motivation programs for the team to condition players for the international playing conditions. The players were also made accustomed to play in air-condition courts as per international standards.

Asian Squash Federation qualified coach Mr. Gihan Suwaris will be assisted by Team Manager, Mr. Dhammika Wijesurandara and Mrs. Krishanthi Wadugodapitiya, who will function as the Manager and lady chaperone for the contingent.

Another noteworthy development is that after a long break, Sri Lanka Squash have secured places for two referees to be among the referee panel for the Asian Junior Individual Championship enabling the Sri Lankan Squash referees to get exposure in the international circuit.

“2019 has seen a new program for a more organized approach to the game with game development and player success in mind. We have started seeing an improvement in results in both team and individual results in the Asian arena. From the Asian individual tour 2019 we hope to see further improvement of results and identification of potential players for future buildup.”

“With the level of preparedness and training put into the current contingent, we are very confident and optimistic that they can make an impression on the Asian junior event this time.”