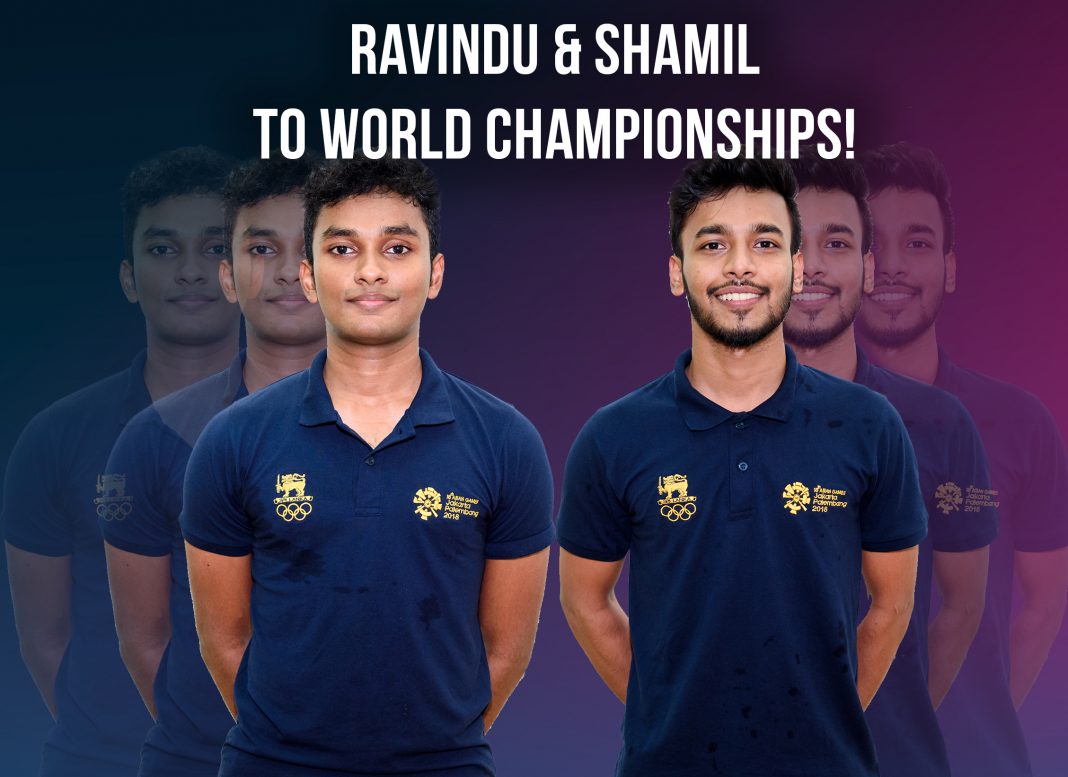 Ravindu and Fathoum smash their way to titles

This will be the duo’s first appearance at the World Championship, but they carry vast exposure from other international tournaments. The most recent one being at the Chieng Mai Cup, a Jumbo Doubles event, where they finished 5th beating Singapore, Indonesia and Brazil.

Laksiri and Wakeel will be competing in the Men’s doubles event with participation from dominant countries in the likes of Australia, Canada, Philippines, South Africa, Colombia, Malaysia and Malta.

There are 10 pairs who’ve entered the Men’s Doubles event this year with a majority from Australia – the host country. The ten entries have been divided into 2 pools of 5. The two pools will first go through a round-robin basis and then will move onto the knockout stage.

The 1st round match for the Lankans against Colombian pair Andrés Herrera & Juan Camilo Vargas. Next will be against Darren Chan and Bryan Lim Tze Kang of Malaysia. On their 3rd day they will play Zac Alexander and Rex Hendric from Australia and in their final match they will meet Bradley Hindle and Kijan Sultana of Malta.

The top two of each pool will advance to the knockout stage with the Pool A topper taking on the 2nd qualifier of Pool B and vice versa for the other two qualifiers.

Stay logged onto ThePapare.com to be informed of the Lankan’s journey at the biggest international doubles event in the world.