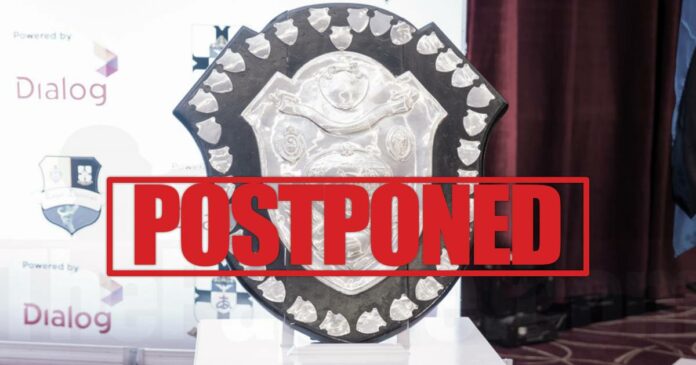 The 142nd Royal-Thomian Cricket Encounter which was scheduled to be played from 9th to the 11th of September 2021, has been postponed.

Due to the rapid escalation in the spread of the COVID-19 virus in the country, the authorities of Royal College and S. Thomas’ College have once again decided to postpone the event.

Read – Dates confirmed for 142nd Royal-Thomian ‘Battle of the Blues’

The Joint Royal-Thomian Match Organizing Committee (JOC) had previously scheduled to conduct the 142nd Battle of the Blues behind closed doors from September 9-11 at Hambantota.

The historic Cricket Big Match played between Royal College, Colombo and S. Thomas’ College, Mount Lavinia, has been played uninterrupted even during the two World Wars and civil insurgencies.

The Battle of the Blues, which is generally played during the second weekend of March, was initially scheduled for May due to the COVID-19 pandemic this year. However, the organizers had to postpone it after four Thomian cricketers were found to be positive for COVID-19 just days before the match.