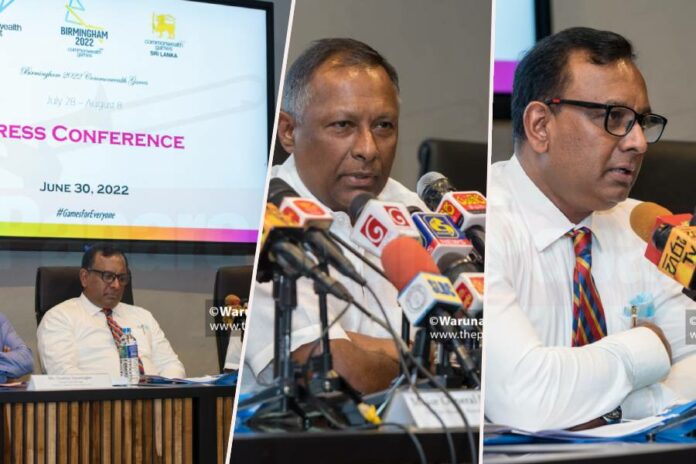 A media briefing to discuss plans about the forthcoming Commonwealth Games 2022 was held yesterday [30th June 2022] at the Olympic House.

Major General Dampath Fernando stated that a sum of 114 Sri Lankan athletes will be representing their mother land at the Commonwealth Games. Furthermore, a team of 165 individuals which includes 35 Managers and 16 Assistant Managers appointed by their respective federations, will be flying to Birmingham.

In order to ensure the safety of the SL athletes Major General Dampath Fernando will leave to the UK before the first group of individuals who will depart on the 25th of July 2022.

Yupun Abeykoon, gymnasts Milka Gehani and Marie Ondaatje, Judoka Chamara Dharmaratne and the SL wrestlers who are currently training in Hungary will join the squad in the UK.

Speaking to the press, Mr. Suresh Subramaniam said the NOC will announce the finalized list of athletes and the leader of Team Sri Lanka at their earliest convenience.

Keep it logged on to, ThePapare.com for more details on the Commonwealth Games 2022.