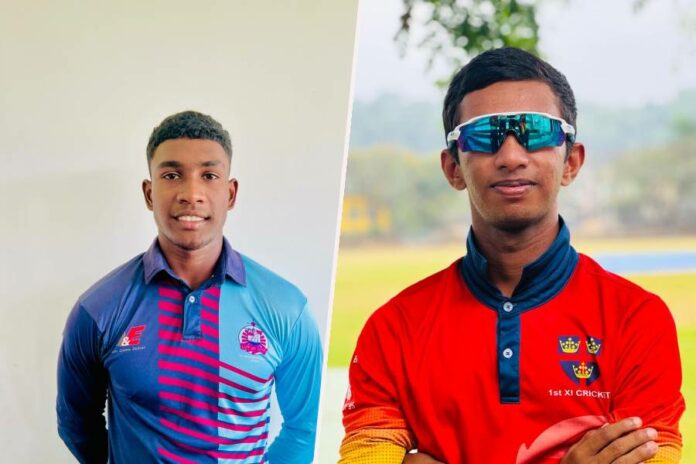 The 103rd edition of the Trinity-Anto annual Hill Country Battle of the Blues cricket encounter will take center stage on the 3rd and 4th of June as the two prestigious cricketing power houses battle it out for glory again at the Asgiriya Grounds in Kandy.

One of the oldest annual school cricket encounters in Sri Lanka, the Battle of the Blues dates back to 1914 and is played for the coveted John Halangoda Memorial Trophy.

Out of the 102 games played, the Trinitians have won 23 while 11 have ended in favour of the Antonians. The last outright win for the Antonians was recorded way back in 1992 and Trinity last won in 2012, under the leadership of National Cap Niroshan Dickwella, after a lapse of 26 years.

2019 was the last time the encounter was played, with Antonians taking first innings honours.

Trinity unfortunately did not have much success in the schools limited overs competition, failing to get to the quarters.

In the two-day tournament, Trinity has 2 outright wins and 7 first innings wins this season to go with the solitary loss.

Trinity has a few familiar names in their line-up, which will definitely give them an edge. Matheesha Pathirana, Ranuda Somaratne and Pawan Pathiraja are three such players, who represented the National U19s at the World Cup as well (Pathirana make his IPL debut too.) However, with the former being drafted into the National Squad for the T20Is against Australia, he will almost certainly miss out on the game, a massive loss for Trinity.

Captain Akram Muthalib is also another player to have an eye on as he has really been among the runs this season, making 690 so far.

The Antonians managed to make it into the Quarter finals in the limited overs tournament but failed to go any further as they were knocked out by a strong Richmond team, which made the finals this year. They’ve also had a few first innings wins in their traditional encounters.

The Antonians have three U19 World Cup members to strengthen their squad this time around. Opener Chamindu Wickramasinghe will be a key player for them in this encounter as he has been their leading run-scorer this season. Traveen Mathew is another Youth National Cap to keep an eye on, as he has been amongst the wickets.

Both teams have equally talented outfits and have had some decent performances so far this season. Being two of the best schools teams at present, the 103rd Battle of the Blues promises to be an exciting encounter and is sure to bring out the best from the young lads in the hill capital.