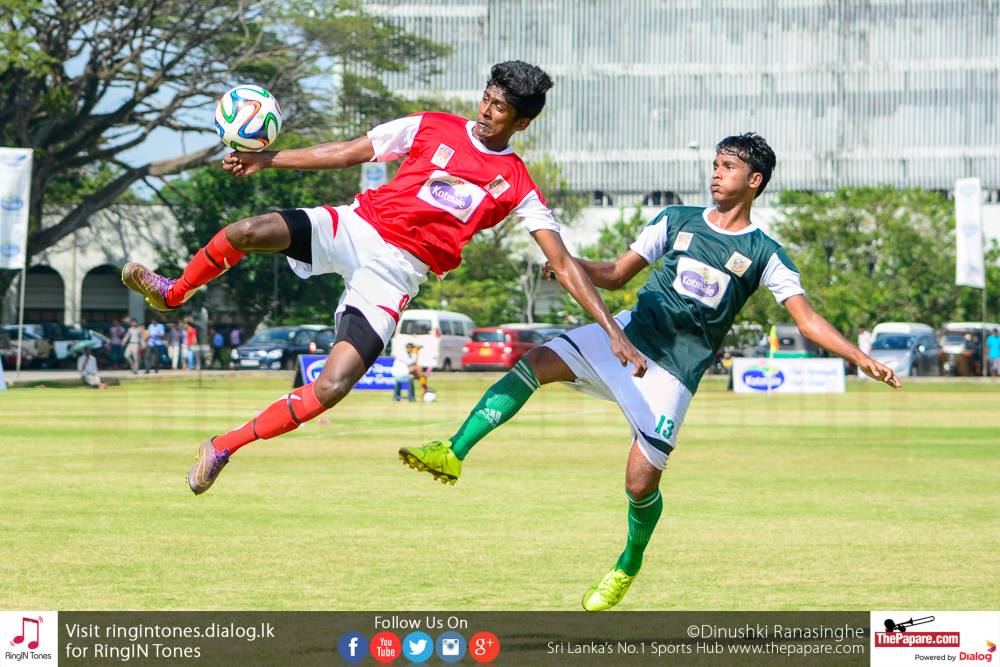 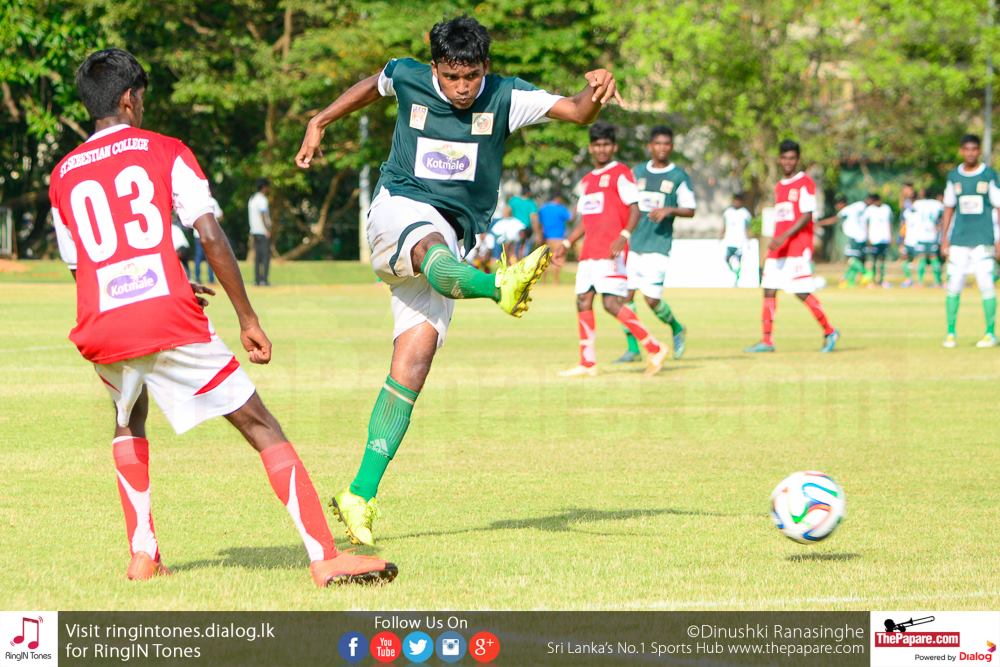 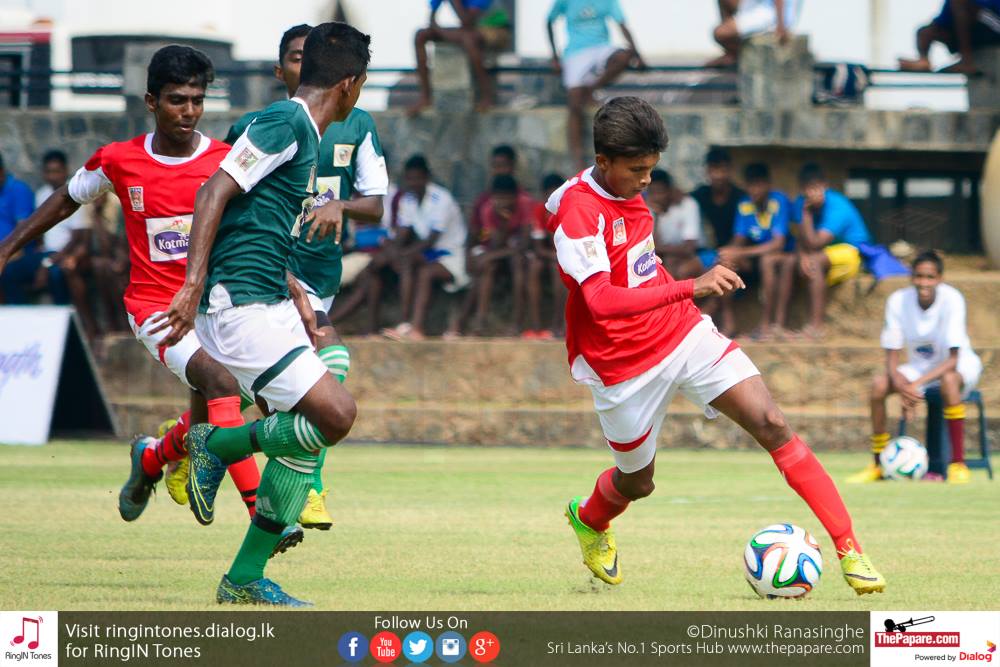 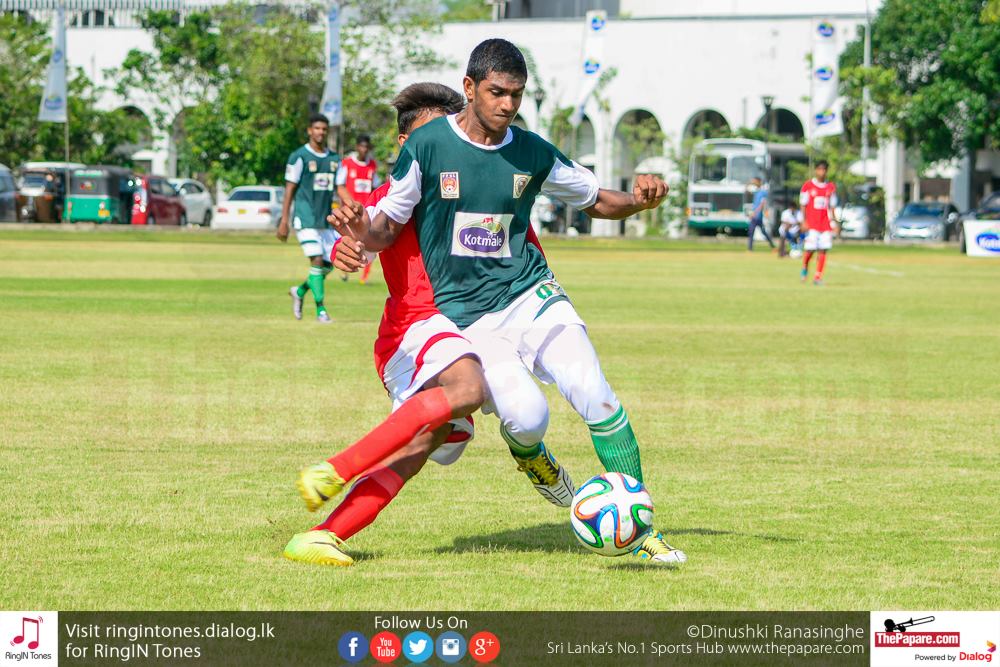 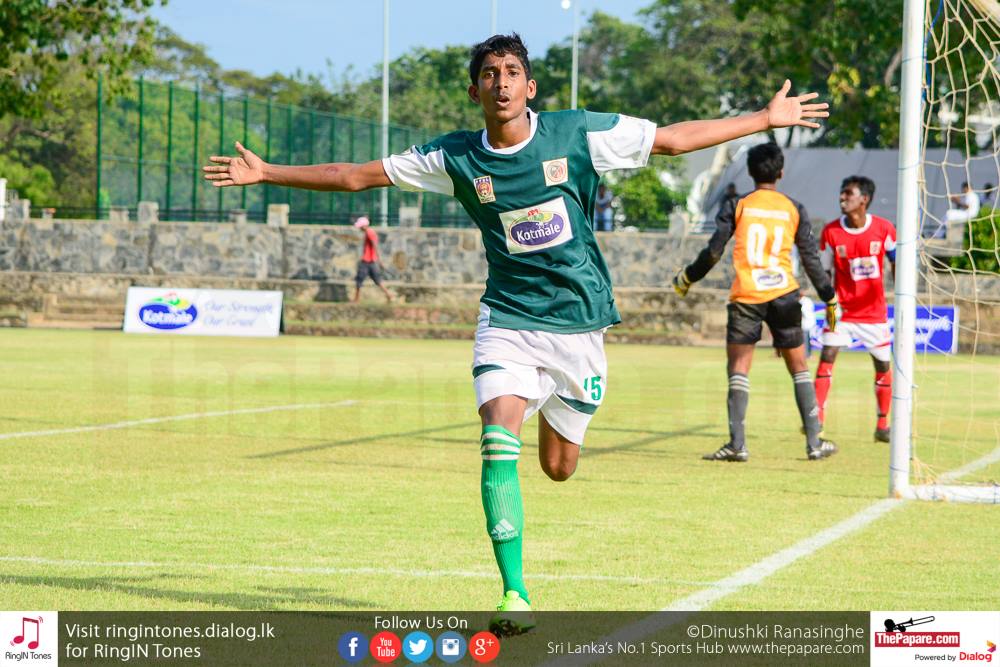 Zahira College were made to labour for their 2-0 win when they took on this year’s surprise package St. Sebastian’s College, Katuneriya in the first semifinal of the Kotmale Chox U19 Schools Football Championship.

St.Sebastian’s who created a major upset when they overcame the much fancied St.Peter’s College team in the quarter final, got off to the worst possible start conceding a lead in the 2nd minute of the game when the returning Zahira winger Mohamed Saheel hit the woodwork only to see the rebound poked home by M. Shafran.

Zahira College looked very threatening in the opening few minutes as the boys from Katuneriya struggled to cope with some crisp one-touch football to which Sri Lankan U19 international Farood Faiz was central.

However as the half progressed St. Sebastian’s grew into the game as they made a few attacks of their own however their passing in the final third let them down on several occasions.

Zahira College had problems of their own in front of goal as despite some brilliant build up play their finishing lacked conviction, letting the opposition off the hook on more than one occasion and went into half time only a goal to the good.

St.Sebastian’s came out all guns blazing in the second half with forward G.P. Chathuranga having a long range effort narrowly tipped over the bar by the keeper.

Captain N.S. Fernando also put in good shift getting in some good crosses from the right but the Zahira center back pairing of Mohamed Musharaff and Ijaz Ishan did not put a foot wrong all game.

At the other end Farood Faiz and Mohamed Shafran hit the woodwork while substitute Ahamed Shakir missed a golden opportunity early on in the half to kill the game off.

Despite all the lovely build up play, the second goal for Zahira came through a punt up the field in the 79th minute as M. Aakib latched on to the ball over the defence and slotted past the keeper.

Zahira held on to qualify for their second consecutive final and will meet against St.Henry’s College, Jaffna on the 19th.

Speaking to the coaches after the game they had this to say;

Zahira College Coach M. Roomy: “With the 2:30 kickoff we knew this was a game where we had to hold on to the ball and play one touch football, but our finishing today was slightly below par. Our plan is always to try score early and put the opposition under pressure.”

Coach Phillip of St. Sebastian’s had this to say: “Our boys did not have the experience and exposure that Zahira College had and I’m proud that it was a 1-0 game right up to the very end. We don’t get many games like this and we have a chance to finish 3rd and we’ll definitely work hard towards that after all our hard work in the group and knockout stages.”