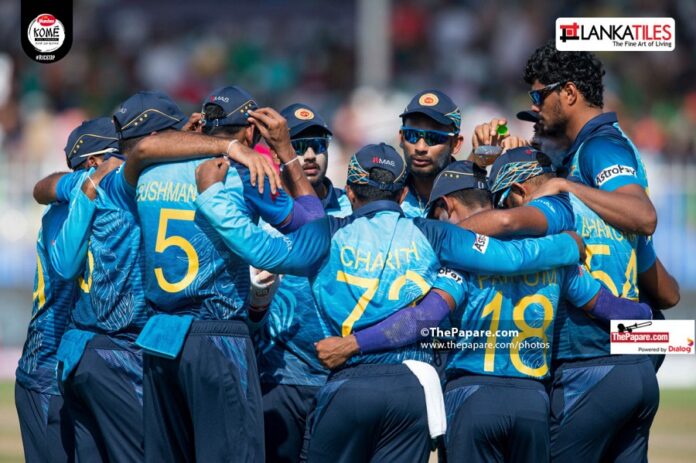 Sri Lanka stormed through the qualifiers in the ICC T20 World Cup. They passed their first test with flying colours with big wins over Ireland, Netherlands and Namibia and then started off the Super 12 stage with a thrilling run chase against Bangladesh in Sharjah before tumbling against Australia in Dubai.

They have got back to back games on Saturday and Monday with South Africa and England being their opponents in Sharjah and later next week they will travel to Abu Dhabi to compete against West Indies, their last game of the second round.

Ideally, Sri Lankan fans would love to see their team qualify for the semi-finals, but even if they do not do so, you can take heart by the fact that this young team has performed quite remarkably. Having been placed in the group of death, not many fancied Sri Lanka’s chances but several young players have put up their hands and stood out with their performances.

The brightest of them all is Charith Asalanka. Not part of the side in the initial games, Asalanka replaced former skipper Dinesh Chandimal and played a couple of blinders. In the Bangladesh game, the scoreboard pressure did not take to him as he calmed the storm, cleverly targeting the short boundaries and once the equation became run a ball was quite content in picking up singles. His skill has been quite splendid but equally good has been the character and maturity shown by the former Under – 19 skipper.

Pathum Nissanka, whom coach Mickey Arthur says is the best young Sri Lankan batsman, has not quite produced a match winning knock as such, but his cameos have been handy against strong oppositions. In the long run, you wish that he continues to bat at the top of the order rather than being shuffled around. His skill was identified when the team toured West Indies earlier this year. Given the weight of his runs and the impressive Test debut he had in the Caribbean, he should have been given the long rope to cement his place in the side.

Bhanuka Rajapaksa, who turned 30 a few days ago is not quite a young player, but he has been a welcome addition to the side. After being given a torrid time by Kagiso Rabada during the South African series, Rajapaksa has done well to come out of the ordeal and his half-century and the record partnership with Asalanka against Bangladesh sealed the deal in Sharjah. Across the border in Dubai, he faced a quality Australian attack and wasn’t bothered by the raw pace and that knock was vital in ensuring Sri Lanka crossed the 150 mark.

With bit of mystery in his bowling, Maheesh Theekshana was quite a handful against fellow qualifiers. It was a pretty smart move to unleash him just before the World Cup like Sri Lanka did with Ajantha Mendis more than a decade ago in the Asia Cup.

Theekshana has provided good support to Wanindu Hasaranga, the team’s lead spinner. The leg-spinner’s contributions with the bat have helped Sri Lanka to overcome tricky situations, like they faced against Ireland when they lost three wickets for eight runs in Abu Dhabi. He is going to have an huge impact moving forward and will become an indispensable member of the side over the years.

The biggest plus point for Sri Lanka since the launch of the aggressive youth policy has been their quicks. Chaminda Vaas has built up a formidable attack with both Lahiru Kumara and Dushmantha Chameera clocking above 145kmph while Chamika Karunaratne has broken the 140 kmph barrier. What has been exciting is rather than outright pace, the quicks have developed other skills like sending down slower balls, deadly yorkers and well directed bouncers.

Pity that both Avishka Fernando and Kusal Perera have not fired in this competition. Both players like the ball coming onto their bats and the wickets in UAE have not suited their game. But you are not going to keep two quality batters quiet for too long and both are due for big knocks.

Dasun Shanaka has been a disappointment with not much runs to boast of and he does not bowl as much as he used to do. But there’s no need to panic as his leadership skills have been impressive. He has rallied around an underperforming young side and should be persevered with hoping he will turn things around.

Fielding is one area that Sri Lanka can certainly make improvements. When you back a young team, you expect fielding to be top notch but this team has not been sharp on the field. Almost every game there has been a dropped catch and although there have been a few direct hits, you need that happening frequently.

Young players have so much to learn from former captain T.M. Dilshan. He wasn’t the sharpest fielder when he started but with sheer hard work he went onto become the best fielder in the side and the catches he pulled off and direct hits he came up with have been at times match winning ones. Here’s hoping someone fills those big shoes of Dilshan.