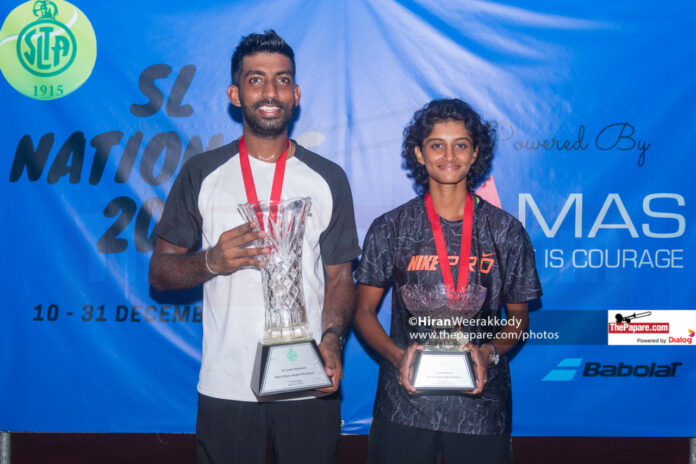 Yasitha De Silva and Anjalika Kurera were crowned as the winners of the Men’s and Women’s Open at the 106th National Tennis Championship, which was worked off recently at the Sri Lanka Tennis Association Courts in Colombo.

De Silva and Kurera defeated Chathurya Nilaweera and Janali Manamperi in the respective Finals. The Singles finals were conducted on Monday, 20th December. The 106th National Tennis Championship commenced on 10th December and will be continued till 31st December.

Kurera, who recently won the Women’s Singles title in the 106th Colombo Tennis Championship, continued her winning streak, beating Manamperi in two straight sets – 6-3 and 6-2. De Silva, however, had to work hard for his victory, winning the second and third sets, having lost the first set 7-6.