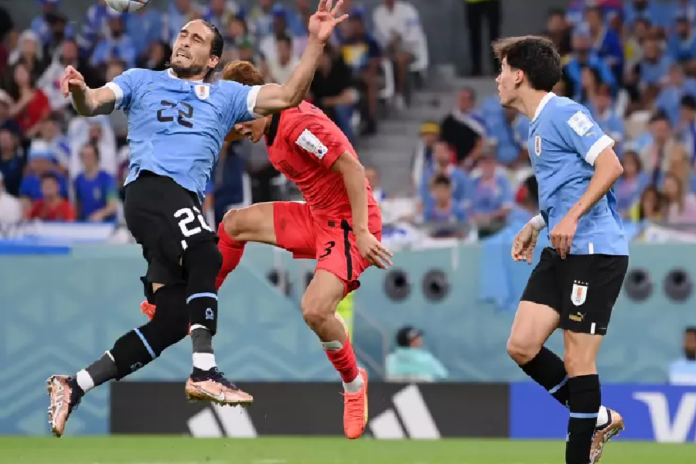 Uruguay and Korea Republic played out a 0-0 draw in which the game’s offensive players, including Son, Nunez and Suarez, were unable to make their talent pay.

Group G opened with a tense encounter between Uruguay, who would have hoped to make more of their impressive front line, and Korea Republic, who were miserly in defence.

The first half began with Uruguay, the more fancied of the two sides, dominating play. In the game’s first real chance, Jose Giminez sprayed a ball out wide to Facundo Pellistri, who drilled a cross into the box which only narrowly evaded Darwin Nunez.

The Koreans created the clearest chance of the half – and possibly the game – when the ball found Hwang Uijo unmarked and central, with the Uruguayan goalkeeper Sergio Rochet expecting the worst. Hwang, however, swirled his shot far over the bar.

The shot may have been wayward, but it was a sign of a Korea growing in confidence. After surviving a Diego Godin header that struck the base of the post, it became increasingly apparent in the second half that the Asian side would not bow to South American pressure.

Darwin Nunez created space for himself but could not find the necessary curl on his shot to trouble Kim Seunggyu in goal before, on the verge of stoppage time, Federico Valverde unleashed a powerful effort that crashed against the woodwork as the game finished level.

With the game threatening to peter out, Uruguay’s Federico Valverde took matters into his own hands from distance, fired in a venemous effort that looked destined for the top corner. As the ball ricocheted off the woodwork, the game’s attacking players knew it wasn’t to be their day.

Diego Godin became the oldest player ever to represent Urugay at a FIFA World Cup. At 36 years and 281 days, he broke Obdulio Varela’s record by just two days (36 years and 279 days in a game against England in 1954).