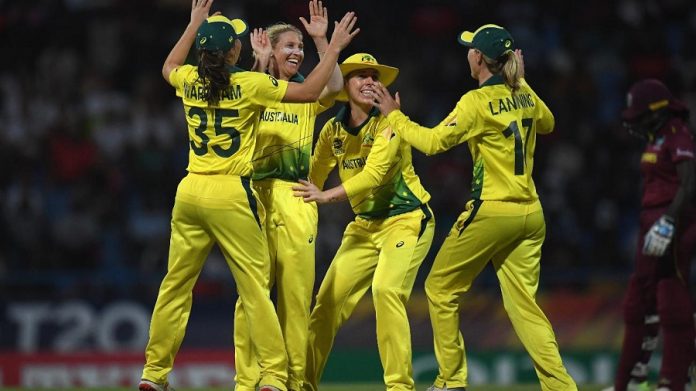 Australia knocked the hosts and defending champions out of the ICC Women’s World T20 2018, winning the first semi-final by 71 runs with a comprehensive all-round performance.

Asked to bat on Thursday, 22 November, Australia quickly realised the pitch at the Sir Vivian Richards Stadium was one on which they’d have to grind it out, and adapted accordingly. Meg Lanning and the in-form Alyssa Healy combined for 51 runs, Lanning surviving a stumping chance and some sharp fielding by the Windies.

Deandra Dottin, backed by sheer pace, bowling Lanning just when she was set, promised to swing the momentum the hosts’ way, but a 17-run over in the 19th and a handy cameo from Rachael Haynes took the Australians to a strong 142/5.

A 10-run over to get the Windies innings started bode well, but then it was the three-time world champions ahead all the way. Quick work behind the stumps from Healy ran out Hayley Matthews, and a beauty from Ellyse Perry took out Dottin.

Stafanie Taylor got into double-digits, but a succession of soft dismissals quickly ended the Windies’ challenge and silenced a full stadium.

This will be the fifth World T20 final in a row that Australia will play. They will take on either England or India, who play the second semi-final.