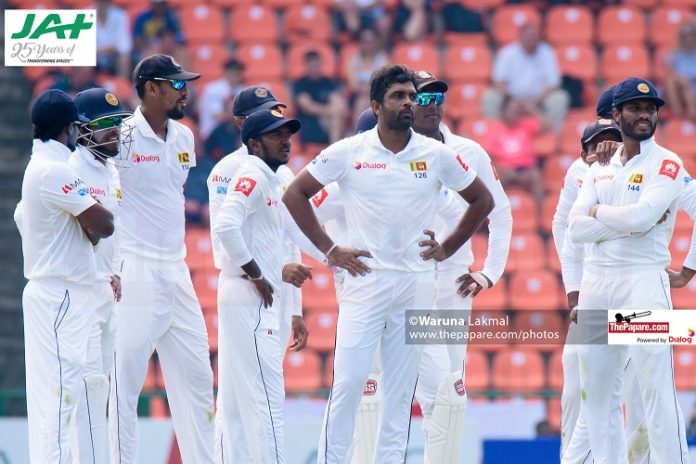 In a time when there’s no proper elected cricket administration and a major constitutional crisis in the island, England have outclassed Sri Lanka to win all three trophies on offer.

Probably, the first instance where a non-Asian team have defeated Sri Lanka in all three formats in Sri Lanka.

Initially at the start of the tour, England proved their worth as the number one ODI team, winning the five-match series, 3-1. The sole T20I was another hiding for the hosts in limited-overs cricket. But, the Tests were supposed to be Sri Lanka’s forte, especially playing in their own backyard.

More than the limited-overs victory, England will savour their Test series win, as it’s their first away win in Asia since beating India in 2012/13. It’s also the first time in 17 years that they have won a Test series in Sri Lanka.

The first Test match – Rangana Herath’s farewell game ended up as England’s first Test win in Galle. The second game in Pallekelle was a real humdinger with both teams punching above their weights when the chips were down on a dustbowl.

Sri Lanka will rue some of England’s lower order partnerships which proved to be the difference between the two teams. The last wicket in both innings managed to put over 100 runs and the home team bowlers were unable to wrap up as quickly as they would have expected.

“In both the Test matches, we got the first five wickets for less than 150, if I remember correctly. There are two things. They batted well, especially [Ben] Foakes, who was the difference in the two teams in both matches. “ Sri Lanka Head Coach Chandika Hathurusingha said.

“We need to consistently apply pressure to win Test matches. It’s not easy to have a bad session or a bad spell in these kinds of wickets. Especially in sporting wickets like this.”

One of England’s key success points in the whole tour was how they played spin bowling. They have literally given up their traditional methods of batting against spin by using a higher percentage of sweeps. More importantly, they were aggressive, positive and methodical in brushing aside the Lankans.

England spin troika of Jack Leach, Moeen Ali and Adil Rashid clearly out-bowled their Lankan counterparts. They kept on doing the right things against a fragile Lankan batting unit backed up by some exceptional fielding.

In the second Test match, one of Sri Lanka’s best batsman – Dimuth Karunaratne was dismissed in both innings through some exceptional fielding brilliance. In the first innings, it was Ben Stokes’ bulls-eye and then, it was Keaton Jennings’ short-leg magic in the second innings.

“The guys who are not fielding well up to the mark, are the same kinds of players who are coming through the system. They are not athletic enough or skilled enough to do that kind of fielding. We need to address that. We need to look at fielding as a no. 1 thing.” Hathurusingha further stated.

Sri Lanka need to change their attitude, the losing mentality and badly need to get back into winning ways. While most of the English youngsters grabbed the opportunities with both hands some Sri Lankan players thoroughly failed to make an impact.

Get match updates, breaking news, features and many more delivered…

It’s high time, Sri Lanka look beyond opening batsman Kaushal Silva, who has not gone past fifty in his recent 17 innings. His last fifty came two years ago and in Pallekelle, he even bagged an unusual record in the fourth innings by becoming the first-ever Sri Lankan opener to be stumped while chasing a target in Tests.

He was brought in to replace Danushka Gunathilaka, who has a poor track record off the field and injuries. With three challenging overseas tour ahead in New Zealand, Australia and South Africa – Sri Lankan think-tank might be tempted to recall young Sadeera Samarawickrama to the Test fold.

Sri Lanka’s success in the Test arena in recent times were purely due to their bowlers as their batsmen have not performed up to their expectations. Rangana Herath is gone forever, Akila Dananjaya is under a suspect action cloud and Dilruwan Perera is aging. But, the bowlers are capable of taking 20 wickets.

In the past three years, only Dimuth Karunarathne and injured skipper Dinesh Chandimal have faced more than 4500 balls in Test cricket for Sri Lanka.

Since the retirement of Kumar Sangakkara and Mahela Jayawardene, none of the Sri Lankan batsmen have gone onto score a double hundred.

In 30 matches, Kusal Mendis has struck over 2000 runs. But, has only faced 3555 balls at an average of 35.75.  He scored a couple of hundreds against Bangladesh and West Indies this year but, has got out in some bizarre dismissals, which questions his shot selection, consistency and temperament

Angelo Mathews, the leaner and meaner version looked determined throughout the Test series, scoring three fifties in four innings. He celebrated all three of his half-centuries – pointing the bat and gesturing to the pavilion that he was letting his ‘bat do the talking’.

Mathews scored most of his runs in front of the wicket by cuts, sweeps and pulls. He read the surface well in both matches, Galle and Pallekelle. The way he went about his business, right after being omitted from the ODIs, brought back memories of his golden run in 2014.

No doubt, Mathews is Sri Lanka’s best batsman across all formats. He is set to return to bowling in New Zealand from the ODIs, if selected, which will be a great asset for the islanders. If he remains to be injury-free, Mathews definitely could go on to win matches again for Sri Lanka.

“He is very capable of getting the average above 50. He is a capable batsman and one of the most experienced guys going around. He had a wonderful 2013 and 2014, before he stated getting injuries. I thought that he was in Virat Kohli and Steve Smith level. He is capable to do that as a batsman. He has worked hard for eight months or so and I am just hoping for better things from him.“ Sri Lanka Head Coach Chandika Hathurusingha said in Galle.

Niroshan Dickwella, as a wicket-keeper batsman need to score more match-winning knocks and step up his game. He has scored 20s and 30s with ease and there is no doubt about his talent and potential. But, in crucial times, he has showcased a lack of maturity to make his presence felt in the batting order.

While England have improved their skills, and transformed into a world-class team, Sri Lanka have not shown any signs of becoming a world-beating side.

A massive upheave is needed in Sri Lanka’s attitudes to implement plans in the middle and yield results. They should stop making excuses, put action behind their words and become a potent cricketing nation ASAP to put brakes on their decline.