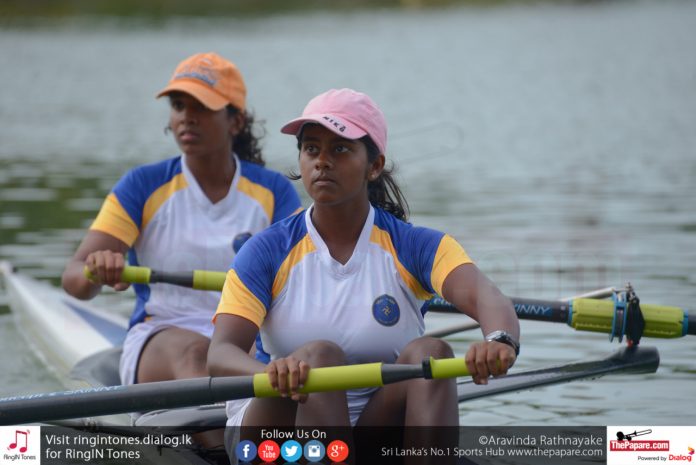 The Colombo Rowing Club opened its doors for the first segment of the 2019 Sculling Ladder on the 28th of July. The Sculling Ladder is raced 4 times a year and determines the best sculler in the rowing community based on timings. The day dawned sunny and a fair crowd of spectators thronged the pier as the first races began at 6.30 am.

The three women’s heats were won by Hashini Hettigoda of Musaeus College, Nadani Mendis of the University of Colombo, and Lehana Aluwihare of Bishop’s College. The winners of the first round of races went on to race each other, while the runners up too raced each other later in the day. Anouk Wikramanayake of Bishop’s College finished second along with Ranmalee Nanayakkara of the University of Colombo.

The men’s heats were won by Royal College and the University of Moratuwa. The final results saw Gamindu Tennakoon and Gavik Kuruppu winning first and second place respectively. They were followed by Uditha Gamage in third place, Sajiththan Subendrarajah in fourth place, and in fifth place was Pasindu Wijesena.

The final women’s race saw the winners of the three heats racing each other. Hashini Hettigoda won, closely followed by Nadani Mendis and Lehana Aluwihare. Ranmalee Nanayakkara won the second race that took place between the runners-up.

Stay logged to ThePapare.com for the latest updates from the Day 2 of the event.