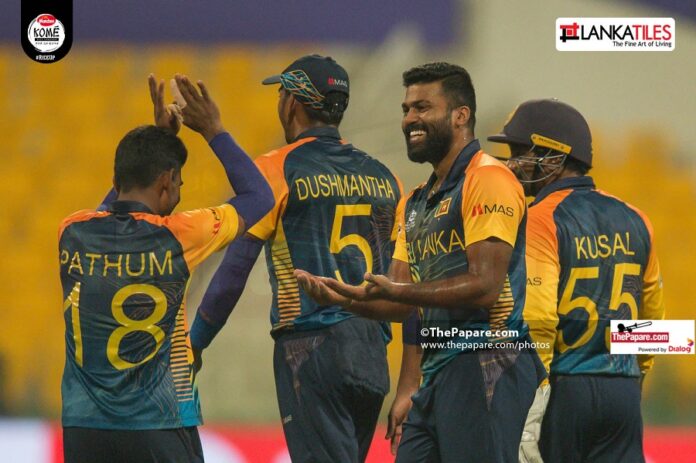 With the help of the FTX Bracket Challenge, we’ve worked out what each First Round team needs to do to reach the Super 12 stage.

Twelve matches in the ICC Men’s T20 World Cup 2021, we have our first confirmed qualifier for the Super 12 from the First Round, with Group A’s Sri Lanka doing enough to seal their spot.

For six of the seven other teams in the First Round, there is still hope of reaching the next stage of the tournament.

With the help of the FTX Bracket Challenge, we’ve worked out what each team needs to reach the next stage.

We’ll start with Group B, given that will be the first set of fixtures completed.

What they need to do: Win or hope results go their way

Despite winning their first two matches, Scotland need to win their final group game to guarantee their spot in the Super 12.

That’s because a loss to Oman would see the tournament co-hosts equal them on four points with Bangladesh also able to move to four points if they beat Papua New Guinea.

That would see three teams finish the stage on four points and bring net run-rate (NRR) firmly into the equation.

Given how tight that is, if Scotland lose they will be hoping Bangladesh also lose or only win by a slim margin.

What they need to do: Win or hope results go their way

A win should be enough to secure Oman a spot in the Super 12 stage, as they would finish above Papua New Guinea and likely Scotland too given they go into the match with the superior of their two NRRS. Papua New Guinea can only finish on two points, while Oman’s NRR is superior to Scotland’s going into their match tonight.

If Oman lose tonight, they need Bangladesh to also suffer a greater defeat but not so great that PNG could leapfrog both of them to second.

What the need to do: Win and hope results go their way

Thanks to their opening match loss to Scotland, Bangladesh’s fate is not in their own hands.

If they can beat Papua New Guinea and Scotland can beat Oman, they will be locked in for the Super 12 stage.

If they beat Papua New Guinea and Oman beat Scotland, it will come down to NRR for the Tigers, Oman and Scotland.

If they lose to Papua New Guinea, they need Scotland to beat Oman and hope that NRR finishes in their favour.

What they need to do: Win their game and hope for a NRR miracle

Despite sitting bottom of the group with no points so far, Papua New Guinea are not mathematically out of the race.

If they can beat Bangladesh and Scotland can beat Oman, Papua New Guinea could go through.

It would take something remarkable, however, given how far behind they are from the other three teams in the group on NRR.

As previously mentioned, Sri Lanka have already qualified for the next round.

Sri Lanka will still be intent on winning their final match of the group against Netherlands to both ensure they finish the round on top of the pool and go into the Super 12 stage on a winning run.

What they need to do: Beat or tie with Namibia

For Ireland, it’s as close to being a case of ‘win or go home’ as possible. They currently sit second in the group, level on points with Namibia but ahead with a superior net run rate of -1.010 to the Eagles’ -1.163.

The two teams face off in their final group game, with the winner doing enough to secure second spot and, possibly first if results go their way in Sri Lanka’s match against Netherlands – though it would take something monumental in both games for that to happen given Sri Lanka’s net run-rate of 3.165.

In the unlikely scenario of a tie – Super Overs are in play – or non-result, Ireland would go through ahead of Namibia on superior NRR.

What they need to do: Beat Ireland

Having beat Netherlands to register their first ever World Cup victory in either format, Namibia are now just one win away from a spot in the Super 12 stage.

Only a victory will be enough for them to progress.

After back-to-back defeats, Netherlands are mathematically out of the race.