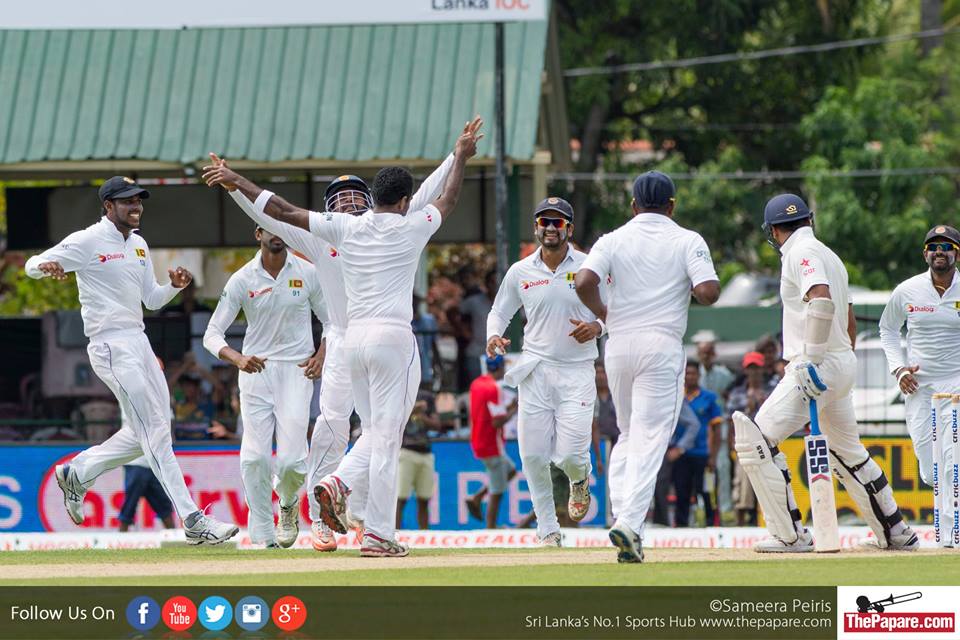 Two-Division Test cricket is a radical proposal put forward by the International Cricket Council (ICC) to restructure the way countries play Test cricket. At the time of writing, it is still an idea that the ICC are discussing as part of an overall strategy to give meaning and context to international matches.

Currently, all cricket matches that are outside of ICC world events such the World Cup or the World T20 or Champions Trophy are played as part of the Future Tours Programme (FTP). The FTP is scheduled in 5 yearly cycles. For example, the current cycle runs from 2014 to 2019.

When Sri Lanka visits England or when Australia tour Sri Lanka they are bi-laterally agreed tours between Sri Lanka Cricket (SLC) and the other cricket boards. And these tours form the FTP. The matches in a tour, the TV Broadcast rights sold for a tour, the revenue earned from a tour are all settled between those two boards. The ICC has no direct involvement in organising Bi-Lateral tours.

The main issue with these tours is that they are haphazardly organised and lack any real meaning or context. They are not played as part of a league or with any real structure and caused ambiguity regarding who the best Test side in the world is. The ICC do have a Test Rankings System. But it is often confusing and complicated as to how the points and rating system work. And because of that crowning the Number One Test side in the world has no real significance for fans or the players.

What is the ICC changing?

What the ICC hopes to do is re-calibrate Test cricket such that each tour and each match counts towards a simple points system as part of a larger league. They hope to do this by introducing Two-Divisions of teams.

The leading candidates for these two positions at the moment are Afghanistan and Ireland.

How do the Two-Divisions work?

Division One, comprising of seven teams, will see each team play one another in what is likely to be 3-match series. The matches would be played on a home or away basis. This would mean that each team in Division One would be guaranteed a total of 18 Tests in the 2-year cycle the league is to run for. 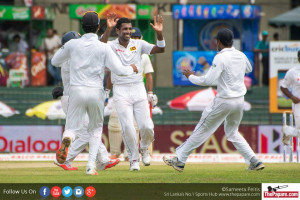 Division Two teams will possibly play 2-match series, again on a home and away basis for a total of 8 Tests in the 2-year cycle.

Points will be awarded for wins and draws. A series like the Ashes where 5-matches are traditionally contested could have a weighted points system that would be the equivalent of a 3-test series. This is another topic that is currently open for discussion at the ICC Annual Conference.

How long is the league?

The league would run for a period of 2-years. And if voted through by the ICC, the league could begin as soon as 2019, just after the World Cup in England.

In the last week of June 2016, the ICC will discuss this proposal at the ICC Annual Conference in Edinburgh. A total of seven Full member votes will be required to pass this at a vote. The details of when it might be voted on are not yet apparent.

How are teams promoted and relegated?

At the end of the 2-year cycle, the team with the most points in Division One would be crowned the winner of the competition. It is unclear if there will be a final contested or not. The team ranked 7th in Division One will be automatically relegated to Division Two.

The winner of Division Two will be automatically promoted to Division One.

There are also talks of the 6th ranked team in Division One and 2nd ranked in Division Two having a playoff match to decide who will end up in each division before the start of the second 2-year cycle.

The team ranked at the bottom of Division Two will be required to play a playoff against the top team in the I-Cup, the 6-team first class competition that Associate Cricket nations play below the international Test structure.

What does this mean for Sri Lanka? 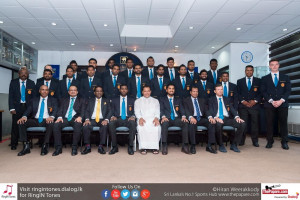 Sri Lanka is currently ranked 7th in the ICC Test Rankings. Should they remain in the same position or move further up the ladder, they will initially be included in Division One. Should they drop further in the rankings they would end up in Division Two when the competition begins.

Assuming Sri Lanka end up in Division One, it would guarantee them 9 Tests each year against the top six Test nations in the world for two years.

Of course, the danger is that should they finish at the bottom of Division One then they will be relegated to Division Two.

How does this benefit Sri Lanka?

Apart from getting more opportunities to play more competitive Test cricket, Sri Lanka also stands to gain from a financial perspective as well.

The ICC is considering funding the cost of matches that are played as part of this league, which would lift a huge burden from the SLC. For example, last year’s West Indies tour resulted in a Rs(Sri Lankan) 88 million loss for the SLC. And the expenditure for each of the tours last year with Pakistan, West Indies and India cost the SLC well over Rs 100 million each. Should the ICC fund this expenditure, in full or in part, the SLC could be on better footing financially.

Savings made on the cost of hosting matches could be redirected to funding infrastructure development and better conditions being provided for domestic players and investment in age group levels. All of which are desperately needed for the sustainability of Sri Lanka’s cricketing future.

A more innovative idea being discussed by the ICC is the potential to sell TV Broadcast rights for the Two-Divisions as a whole, thus getting a better deal than had tours been sold individually. The idea is that such a prospect will be attractive to broadcasters due to the higher interest it would generate in viewership with the introduction of context to Test tours. A battle for promotion or avoiding relegation is far more enticing than just another meaningless Test. However, the details of how the broadcasting revenue monies will be distributed amongst the teams is still unclear. Particularly unclear is how it will be split between teams in Division One and Division Two.

What happens if Sri Lanka is relegated to Division Two?

There is a fear that any Full Member team that gets relegated to Division Two could face the prospect of Test cricket dying in those countries with the lack of opportunities to play the top teams. Players could be turned off Test cricket due to lack of challenging cricket. Fans could follow a similar path. Domestic players could feel as if they have nothing to aspire to if the Test team does not get to play the bigger nations. The attraction of the riches of T20 leagues such as the IPL and BBL, which already pose a challenge for smaller countries like Sri Lanka and West Indies in retaining their top talent for their Test side, could begin to play even a bigger role.

Financially, not being able to play Australia, England and India would spell disaster as it would mean losing the Broadcast revenue that these tours would generate. Particularly in the case of an Indian tour which offsets several smaller market team tours that the SLC traditionally make losses in such as the West Indies tour in 2015.

The ICC are trying to mitigate these issues with the idea of wholesale broadcast rights sales and funding the cost of matches within the league. In addition, as of now, the matches in the Two-Divisions are only meant to take up five months in a year. Leaving the rest of the year for teams to organise tours outside of the league. Of course, the scheduling of these tours and the sale of TV rights would be left solely to the discretion of those individual boards with no ICC involvement.

In the grand scheme of things, though, this is a much-needed step forward for Test cricket. Crowds at Test matches outside of England are dwindling with even Australian Test crowds reducing each summer. Outside of the purists and traditionalist fans, interest even watching Test matches is at an all-time low in the smaller Full Member nations. Many supporters find it difficult to justify the time investment needed to follow Tests.

Adding context to matches where each match and tour will count towards a larger outcome could attract more interest in viewership and at the ground. Neutral fans would have a reason to watch matches that their country is not participating in simply because there is something at stake. And because of the relevance of each tour, there is a relative impact on their team’s standing in the league as well. A Test champion would be easier to identify and appreciate. However, whether these global changes would result in a positive outcome for Sri Lanka is a much more difficult question to answer.