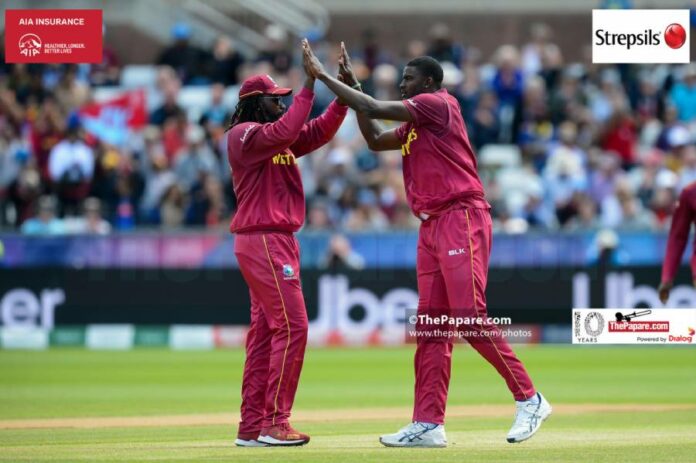 The West Indies have had a formal request to change their squad approved at the ICC Men’s T20 World Cup 2021.

The defending T20 World champions asked to replace Obed McCoy in their squad for the remainder of the tournament after the bowler was diagnosed with an injury to his right leg.

The West Indies have lost both of their opening matches in Group 1 to leave them needing results to go their way if they are to make it into the semi-finals and defend their T20 World Cup title next month.

And they will have to play their remaining three Super 12 fixtures without McCoy, after the 24-year-old picked up an injury in the loss to England.

Holder, who has 199 West Indies caps including 27 T20I appearances to his name, was one of the permitted travelling reserves in the UAE.

And the 29-year-old, who featured for Sunrisers Hyderabad in the recently concluded Indian Premier League, will be available for selection against Bangladesh on Friday.