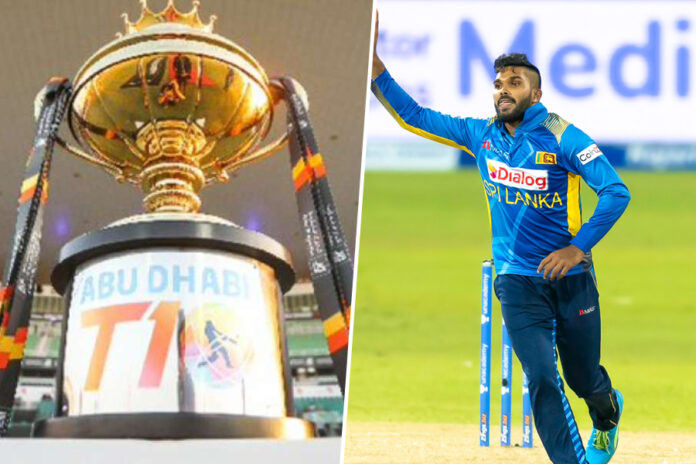 Sri Lankan leg-spinning all-rounder Wanindu Hasaranga has been retained by Deccan Gladiators to play in the Abu Dhabi T10 League 2021, which will be held from 19th November to 4th December.

Along with Hasaranga, England fast bowler Tymal Mills and UAE fast bowler Zahoor Khan have been retained by the franchise.

WATCH – Why is Wanindu Hasaranga struggling at RCB? – Around The Wickets

Hasaranga who is currently playing for Royal Challengers Bangalore (RCB) in the Indian Premier League (IPL) will rejoin the Sri Lanka squad on 10th October to play in the two warm-up games prior to the ICC Men’s T20 World Cup which will begin on 17th October.

The player draft for the fifth season of Abu Dhabi T10 league will be held on 07th October while the tournament is set to kick off on 19th November.