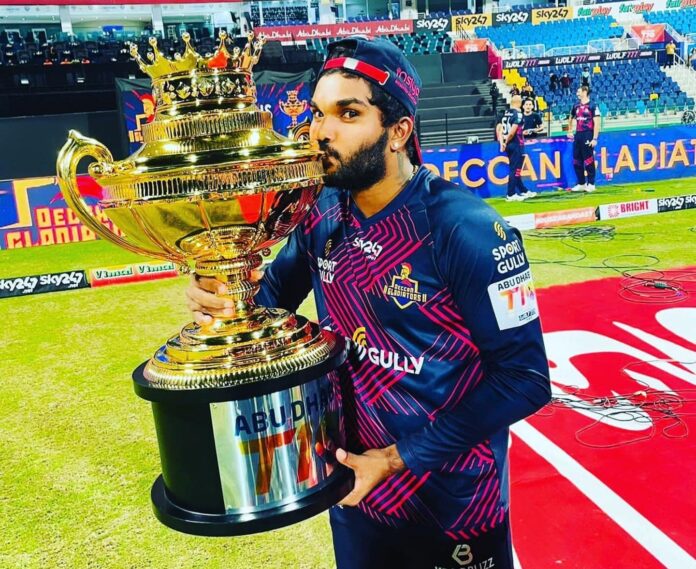 The Gladiators outperformed the Bulls in the final as they registered a resounding 56-run win. Batting first, the Gladiators put on a massive 159 runs for no wickets in the allotted 20 overs. West Indian power hitter Andrew Russel stroked a blistering knock of an unbeaten 90 runs off 32 balls with 9 fours and 7 sixes.

In reply, the Bulls made only 103 runs for 7 wickets in the allotted 20 overs. Sri Lanka’s Wanindu Hasaranga once again shone with the ball, snaring 2 wickets for 20 runs. He dismissed England white-ball Skipper Eoin Morgan and dangerous looking Chandrapaul Hemraj and reached the top of the bowling charts, taking his tally to 21 wickets.

The World’s No. 1 T20 bowler had a sensational tournament at Abu Dhabi, where he managed to take 21 wickets in 12 matches at 9.28. For his brilliant match winning performances for Gladiators throughout the tournament, he was adjudged Player of the Series.