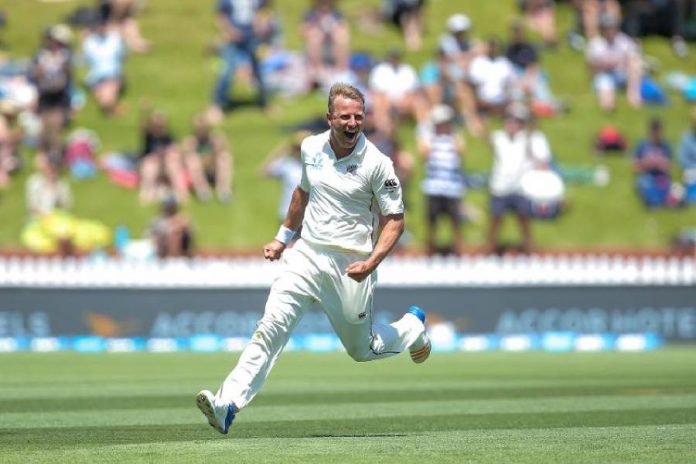 Taylor, Nicholls and Mahmudullah move up in rankings after Wellington Test

Neil Wagner has attained a career-best fifth position among bowlers in the MRF Tyres ICC Test Player Rankings after grabbing nine wickets in the Wellington Test and contributing in his team’s win over Bangladesh by an innings and 12 runs.

The 32-year-old left-arm fast bowler has not only gained six slots but also crossed the 800-point mark, becoming only the third bowler from his country to do so. He is now on 801 points, with only Trent Boult (825) and ICC Cricket Hall of Famer Richard Hadlee (909) having done better in terms of rating points. His teammate Tim Southee is another one to get close to the mark, having reached 799 points in June 2014.

Wagner is now the top ranked bowler from his side but Boult too has gained one slot to reach seventh position after taking seven wickets in the victory in Wellington, which wrapped a winning 2-0 lead in the three-Test series and ensured they stay second in the MRF Tyres ICC Test Team Rankings after the series.

For Bangladesh, Mahmudullah has reached a career-best 34th position, moving up six slots after scores of 13 and 67. Shadman Islam (up from 102nd to 98th) and Mohammad Mithun (up from 140th to 115th) have also moved up in the list for batsmen while fast bowler Abu Jayed has advanced 18 places to 77th position after taking three wickets in the match.

Meanwhile, Afghanistan host Ireland for a one-off Test in the northern Indian city of Dehradun from Friday, which will be the second Test for both teams. It will give the likes of captain William Porterfield (72nd among batsmen) and Tim Murtagh (67th among bowlers) of Ireland, and Afghanistan’s captain Asgar Afghan (130th among batsmen) and leg-spinner Rashid Khan (117th among bowlers) a chance to move up the rankings.

MRF Tyres ICC Test Player Rankings (as on 13 March 2019, after the Wellington Test)