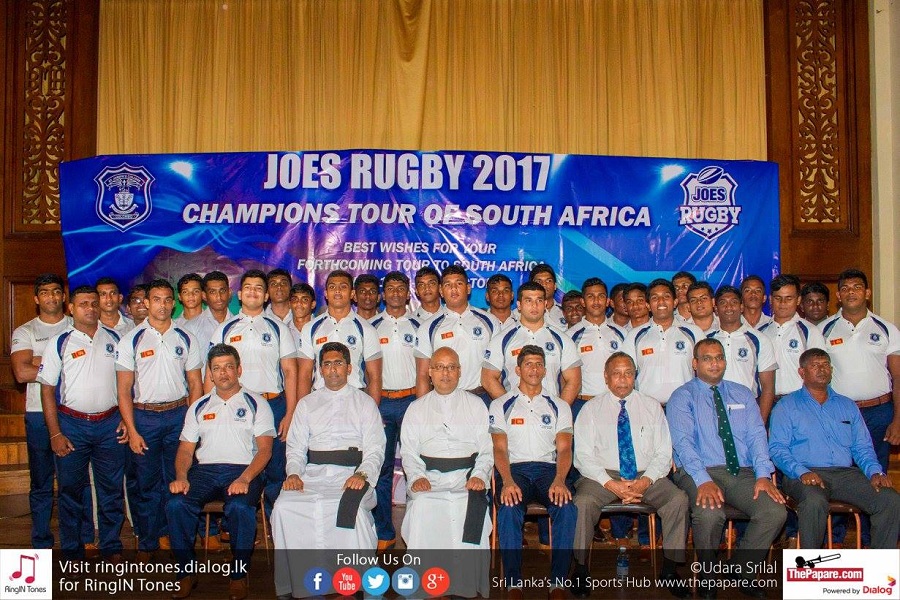 The Milo President’s trophy winners for 2017, St. Joseph’s College Colombo are set to tour South Africa during next week ahead of the upcoming Schools Rugby season.

St. Joseph’s College rugby had a makeover this season and under the leadership of Vinul Fernando, the team had the perseverance to end up as Milo President’s Trophy knockout champions defeating Isipathana College in the finals.

This victory was a significant milestone in the school’s 60-year-old history in the sport and was the first occasion in which they had won a trophy at the national level.

The President’s trophy win comes at an important time in the Josephian rugby timeline as they look to venture into a new episode in the sport. In recognition of the effort and the dedication put in by the players and the support staff, the Sports Council along with the College authorities decided to award the team with a tour to South Africa.

The week-long tour will see the St. Joseph’s team playing two of the school teams in South Africa while the players will also receive training in a camp in Durban under the supervision of the Investec Rugby Academy.

“We have around 21 players in the touring squad who can play next year so it should be a good pre-season experience for us before we start training” added coach Nilfer Ibrahim who has spearheaded the Joes victory this year.

The touring squad consists of a total of 30 players and ten officials and is expected to leave the country next week.