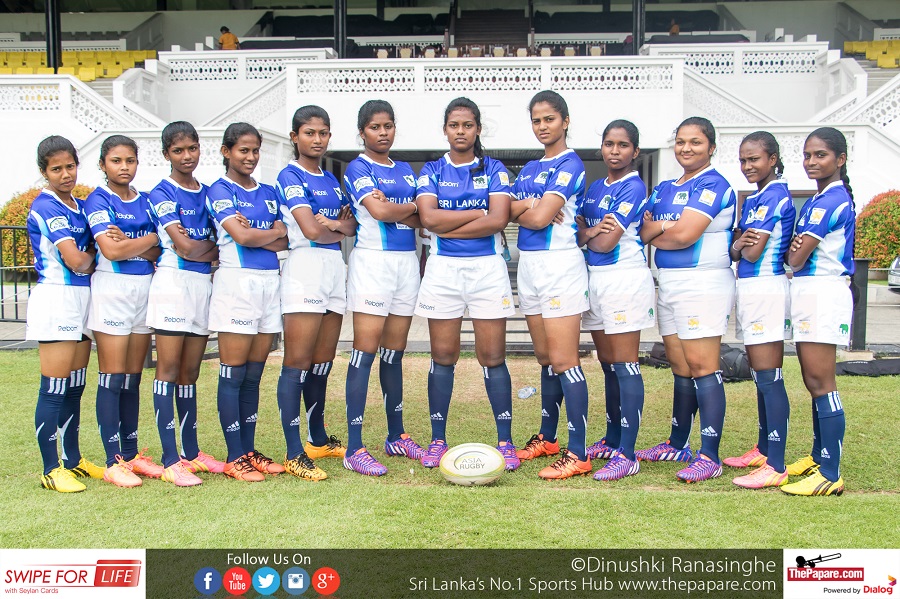 In an encouraging move for Women’s Rugby in Sri Lanka, a contingent of 12 Under 18 players will feature in the Asian Under – 18 7s tournament held in Dubai from the 30th November to 02nd December. This will be the first time an Under 18 team from the Island nation is participating in a tournament of this stature.

The squad of 12 players has been shortlisted from an initial squad of 30 picked after the provincial tournaments. It is interesting to note that almost all the provinces are represented in the final squad which is a great sign for the future of the Women’s game in Sri Lanka. With World Rugby making their intentions clear that all member nations must focus on developing Women’s rugby parallel to the Men’s game it is a must that Sri Lanka continues to develop and attract more female participation in the game.

The Sri Lanka under 18 team will be captained by Nimesha Wijewardhana from KE/ Dehiowita  National School and will be coached by Thankuja Werrakody with Sri Lanka Rugby high performance director Inthi Marikar overlooking the team progress.

Rtd. Col Dhammika Gunasekara the Chairman for Women’s Rugby development in Sri Lanka spoke to ThePapare.com on the work that has been done to develop women’s rugby in Sri Lanka. He stated that “it’s a monumental tour as it is the first time Under 18 girls will be taking part in a tour. This year we started women’s development rugby in all eight provinces. A coach for each province has been appointed and they have been training with the girls since June this year” commenting on the chances of Sri Lankan Under 18 team he added that “Since this will be the first time this tournament will be held it’s hard to predict  the outcome. These girls have been in training for 03 weeks and it’s encouraging to see that they have been lifting their performance up every day”

This tournament will see six teams taking part in the inaugural Asia 7s tournament. Sri Lanka will meet Kazakhstan, Uzbekistan, India, Hong Kong and Thailand in the tournament. ThePapare.com wishes the young Sri Lankan lasses all the very best in their historical outing.