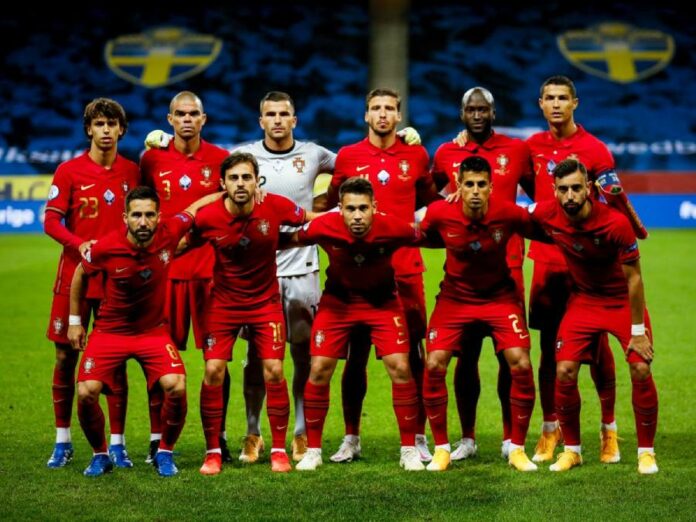 The current Euro title holders Portugal will have high hopes of retaining their title and claiming back-to-back championships at Euro 2020 owing to a squad filled to the gunwales with world class players.

Portugal won their first ever European Championship, which was also their maiden major international trophy, in the last edition of the tournament held in 2016 after overcoming a superior French side by 1-0 goals, to the surprise of many, thanks to a brilliant long-range effort from Eder which found the back of the net.

They also qualified to the finals of Euro 2004 held on their own backyard, giving them the prestigious opportunity of clinching the title in front of their home fans but disappointingly felt short at the hands of Greece by 0-1 goals, leaving them to be satisfied with a runners-up finish. Portugal have further recorded semi-final finishes at the Euros held in 1984, 2000 and 2012.

Ever since winning the Euro 2016 championship Portugal have grown onto become a footballing powerhouse capable of triumphing over any given opposition. Although they had an underwhelming 2018 World Cup campaign, where they were knocked out by Uruguay in the round of 16, Portugal managed to emerge Champions at the inaugural UEFA Nations League 2018-19, defeating The Netherlands by 1-0 goals in the finals after an impressive display of football all throughout.

It was Fernando Santos who have been behind A Seleção’s heroics as the manager since 2014, under whom they will be competing at the upcoming Euro as well.

However, they did not enjoy the most impressive of qualification campaigns as they only managed to secure their place at Euro 2020 emerging runners-up of group B behind Ukraine. Portugal won just 5 out of the 8 matches that were played, while losing 1. Their solitary loss came against the group winners Ukraine, which they lost by 1-2 goals. Their most dominating victories at the Qualifying campaign were recorded in the two matches they played against Lithuania, which they won by 5-1 and 6-0 goals, respectively.

Although held to a goalless draw by Spain, Portugal were able to cruise past Israel by 4-0 goals in the recently concluded international friendlies.

Portugal owe much of its fortune at the international level to their head coach Santos, who is no stranger to managing teams with over three decades of managerial experience, around eleven of which were with national teams.  He is now in the seventh year of his stint as Portugal’s manager and is thus, have worked enough with the squad to know their strengths and weaknesses.

He generally prefers a 4-2-3-1 formation so that he could have a flexible approach to each game, while maintaining a profound balance between a stable defense and a deadly attack upfront. Although Santos is often subject to criticism for his conventional style of play and inefficacy in utilizing the embarrassment of riches in terms of Portugal’s attacking prowess to its maximum potential, he has shown his genius in grinding out results when it matters the most.

In the 86 matches with Portugal, he has recorded an admirable 53 victories, while losing only 13 and with the Euro 2016 and Nations League trophies at his disposal, he would be looking to replicate A Seleção’s previous exploits in the upcoming Euro as well.

Portugal is blessed with one of the best players of this generation in the form of Cristiano Ronaldo, who is undoubtedly their biggest asset come the tournament. However, they no longer have to wholly rely on Ronaldo to get everything done by himself owing to a world class squad which have transformed them from their previous status as dark horses to one of the firm favourites to lift the trophy.

They have a top-class player for almost every position and a pleasing amount of squad depth to back that up that is among the best in the tournament.

A frontline comprising of Ronaldo, Bernardo Silva, Joao Felix, Diogo Jota and Andre Silva and a midfield in the caliber of Bruno Fernandes, Danilo Pereira, William Carvalho, Ruben Neves and Renato Sanches are an attacking unit that could become a nightmare to even the toughest of defences.

However, despite the presence of Ruben Dias at the heart of the defence, and Raphael Guerreiro and Joao Cancelo in fullback positions, the lack of overall robustness of their defence compared to other aspects of the team would be one of their major concerns. The veteran defender Pepe who is now in the wrong side of his 30’s is expected to be Dias’s defensive partner and it is fair to say he is no longer the imposing defender that he used to be at his peak.

The other option Jose Fonte is also an aging defender, while their best goalkeeping options Rui Patricio and Anthony Lopes are coming off from two underwhelming seasons with their respective Clubs that they would rather forget.

Overall, Portugal’s lack of squad depth at the back and their recent continuous inconsistent performances since winning the Nations League in 2019 would pose them a huge threat, with especially being drawn in group F alongside the two footballing powerhouses France and Germany, creating a group of death scenario.

Ronaldo is coming off of yet another splendid season with Juventus, recording 29 goals in Serie A and his potent goalscoring ability, threat in the air, capability to change a tie around in a split second and proven propensity to shine at the big stage would certainly make him Portugal’s star player in their quest for a title defence this year.

Bruno Fernandes had the best season of his career with Manchester United, clinching 24 goals and 16 assists in all competitions and his current form would make him their main man in midfield, whereas Dias who established himself as one of the finest defenders in world football during Manchester City’s League winning past campaign, while procuring the Premier League Player of the Year for himself would make him their leader at the back.

Felix and Sanches both are coming in the back of two league winning campaigns where they produced impressive individual performances and thus, would be the players to watch out for in the upcoming Euro.