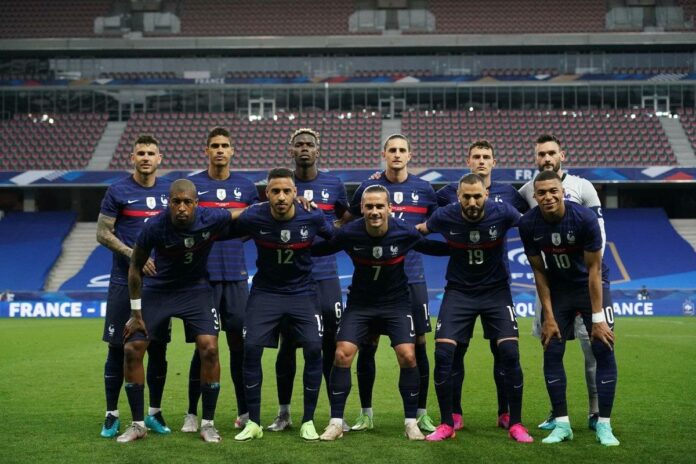 The current world champions France will be eyeing to go one step beyond from their last Euro campaign and decorate their recent spectacular run in world football with the coveted European Trophy.

France set the seal on their first ever European Championship in 1984 in front of their home crowd, defeating Spain by 2-0 goals in the finals. Later, followed it up with another title winning Euro campaign in 2000, where they staged a remarkable comeback against Italy in the Finals, scoring the equalizer just seconds before the final whistle and going on to win the match by 2-1 goals in the extra time.

They also reached the finals at the last edition of Euro in 2016 but eventually fell short of emerging triumphant as they suffered a 0-1 hard-fought defeat against Portugal and had to satisfy themselves with a runner-up finish.

The period following the conclusion of Euro 2016 saw Les Bleus cementing their place as one of the strongest teams, if not the strongest team, in world football owing to the consistent and dominating brand of football they have been able to entertain during the past few years.

They emerged champions at the 2018 FIFA World Cup quite comprehensively, cruising past almost every opposition they came across on their way to the title.

France secured their qualification to Euro 2020 topping group H, winning 8 out of the 10 matches that were played while losing only 1. Their solitary loss came against a dominant Turkey side which outsmarted them for a 2-0 victory.

Les Bleus recorded an impressive 25 goals in the qualification campaign and conceded only 6, while their most demanding victories came against Iceland and Andorra, where they emerged victorious by 4-0 each.

They continued their dominance during the recently concluded international friendlies as well, overcoming Wales and Bulgaria by 3-0 goals each, without really having to break sweat.

Following impressive stints at AS Monaco, Juventus and Marseille as a manager, Didier Deschamps was appointed as the head coach of France in 2012. Despite a slow start to his life there, he gradually managed to turn things around and its climax saw them winning the prestigious FIFA World Cup in 2018.

This led to Deschamps being placed amongst an elite club of only 4 personnel who have won the World Cup both as a player and a manager.

He generally prefers a possession-based style of play and utilizes a 4-3-3 formation which he occasionally turns into a 4-4-2 system when the opposition sides are having longer spells of play. He also uses the 4-2-3-1 system from time to time depending on the opposition and occasion.

Although Deschamps’ tactics and strategies are predominantly attack-minded, he does not show the slightest bit of reluctance to make his players sit back and defend whenever they get on the front foot against other strong oppositions.

He has recorded a whopping 76 victories in the 115 matches he has managed Les Bleus while losing only 18. It was also Deschamps that captained the French side which won the Euro in 2000 and he will expect no less from his players in the upcoming Euro.

The squad that has been named to represent France at Euro 2020 is perhaps the literal definition of a world class squad oozing with talent and experience. A ferocious attack, a topnotch midfield, and a ferocious attack – you name it, and it is quite certain that this French squad is equipped with anything and everything that you are looking for.

The squad depth Les Blues is gifted with is unparalleled and given the opportunity, they could have comfortably named a B team to the tournament that still would have been stronger than most of the teams in Euro this year.

This offers Deschamps the luxury of rotating his players without the tiniest depreciation in the quality of the squad, while also making effective substitutions to turn the games around. Their attack especially is otherworldly and equipped with pace, accuracy, creativity, and every other aspect that a quality attacking unit should possess.

Although it is pretty much impossible to spot a weakness in this French squad, goalkeeping is perhaps an area where they could look to improve. Captain Hugo Lloris, who is Deschamps’ preferred option, is not currently in the best of his form following a few average seasons with Tottenham Hotspur.

However, if Deschamps opts to omit Lloris and decides to go with Mike Maignan as their first-choice goalkeeper, they could easily find a solution to this minor hiccup as well.

Despite how strong the France’s squad is, it is always a challenge to be drawn in the same group as Portugal and Germany, and thus, they would have to be at their A-game right from the very onset of the tournament.

Although Les Bleus do not have to rely on one player to carry the weight of the team, Kylian Mbappe, who is amongst the most exciting players in world football right now, would be crucial for them going forward due to his unmatched pace and quality finishing, while the Champions League winner Olivier Giroud offers a decent striking option upfront.

N’Golo Kante, who is amongst the world’s best midfielders at present and has been Chelsea’s top performer in their Champions League winning campaign would be key to Deschamps in marshalling their midfield, while Paul Pogba offers the much-needed creativity in the middle of the pitch.

Raphael Varane would be their main man in organizing the defence, while the 33-year-old Karim Benzema who has been given a deserving callup to the national team after over five years and expected to be their first-choice striker, and the centre-back Joules Kounde given the opportunity, would be the players to watch out for France in the upcoming Euro.