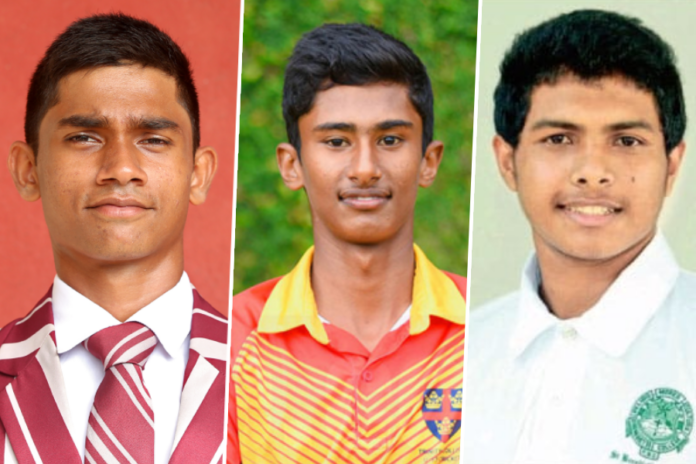 Trinity College posted a solid score on day one against Nalanda College in the Sanga-Mahela Challenge Trophy, which began today at Nalanda College Grounds in Colombo. Sri Lanka U19 cap Ranuda Somarathne (91) and Rahal Amarasinghe (75) top-scored with brilliant half-tons.

Sri Lanka U19 cap leg spinner Raveen De Silva was the pick of the bowlers for Nalanda College as he picked up 4 scalps for 98 runs.

St. Joseph’s College took upper hand on day one against St. Benedict’s College in their traditional encounter which began today at Darley Road, Colombo. A collective disciplined bowling effort led by Kaven Pathirana (3/34) and Lisura Sigera (2/26) helped the Joes restrict the Bens to 181/7 at stumps on day one.

Despite the loss of wickets at the other end, Pasan Suwahas stood out with the bat for St. Benedict’s College, scoring a brilliant century. He remained unbeaten on 109 runs off 192 balls with 5 fours and 4 sixes.