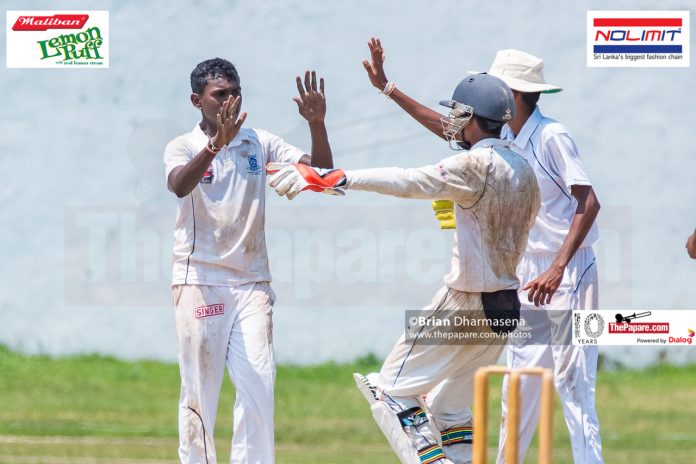 The fourth week of October saw just a handful of matches in the Singer U19 Division II cricket tournament. With a couple of matches being called off due to rain, four matches including two tournament matches were completed amidst bad weather.

Here is the roundup of the 3rd week of October in the Singer Schools ‘Under 19 Division II’ Two Day Cricket………….

Three out of the four completed games were played in the beginning of the week as they started on the 21st Monday. Two more matches which were scheduled to begin on the 24th Thursday were washed out without a single ball bowled.

The most interesting match of the week turned out to be the traditional encounter between Sri Devananda College, Ambalangoda and St. John’s College, Jaffna which was played at St. John’s Grounds in Jaffna. The two teams were also involved in a thriller last year, where the southern team played as hosts. They were threatened of being defeated outright despite winning the first innings last year. However, they managed avenge their northern rivals by beating them by an innings and 66 runs this year.

Sri Rahula College Katugastota hosting St. Mary’s College Chilaw at the Prison Grounds in Pallekele took major homours as they claimed a narrow first innings victory. After being bowled out for 108 they managed to restrict the opposition for a mere 87 and accumulated more points scoring 136 runs in the 2nd innings.

Dudley Senanayake Central College Tholangamuwa were involved in two completed games this week as they hosted Sri Sumangala College Panadura on the 24th and 25th after their traditional game against Henagama Central College in Kirindiwela saw just 14.3 overs in 2 days.

Sri Sumangala who ran short of time in bundling out the Dudley Senanayake batting order could only be satisfied with 0.04 more points than their opponents as the game ended in a tame draw.