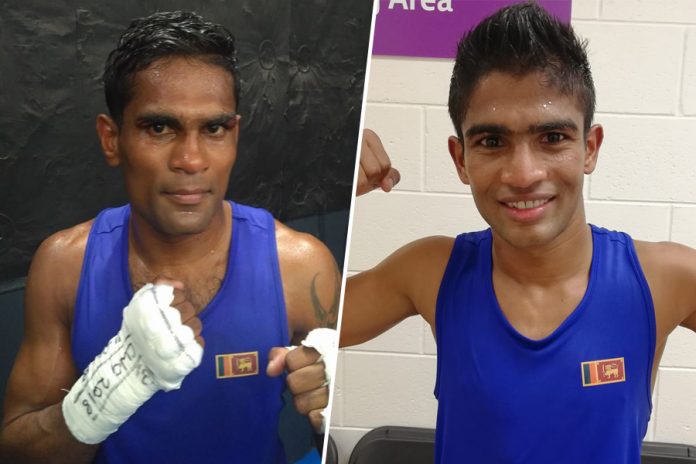 The Sri Lanka Boxing Team has been in top form in the recent past, bringing glory to our island nation from their success in the ongoing Commonwealth Games 2018. Two more medals were added to the tally today when Thiwanka Ranasinghe and Ishan Bandara made the podiums. 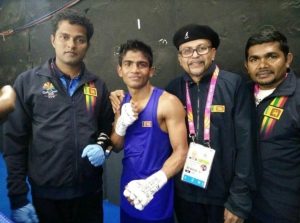 Ranasinghe stepped into the ring with the confidence and joy of being the first male boxer to have won a medal for Sri Lanka after Albert Perera and Alex Obeysekere, who won silver and bronze medals in the Auckland Commonwealth Games in 1950. However, his hopes of winning a silver or gold medal were denied by his opponent from England, Galal Yafai.

Ranasinghe made his way to the semi’s after winning 5-0 on points against the Vanuatu fighter Berry Namri, while Yafai came into the fight having knocked down his opponent from Mauritius in the very first round.

Fighting from the red corner, Ranasinghe showed a sense of urgency and tried to pin down his opponent early on in the first round. The English fighter proved to be too strong as his reflexes, punches and combinations hurt and injured our national champion. As the end of the first round neared, both fighters exchanged heavy body shots until a big blow above Ranasinghe’s right eye got him bleeding. 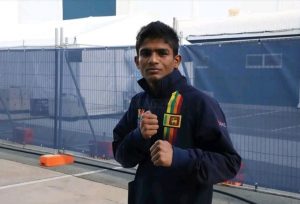 As the second round bell struck, Yafai showed signs of dominance right from the start. He was faster and stronger than he was in the previous round, striking Ranasinghe punch after punch. However, our wounded warrior made a brave effort and showed great strength landing few punches that worried his opponent.

25-year-old Thiwanka Ranasinghe showed signs of fatigue as the match ventured onto the third round. That’s when Yafai made his move, he closed in on Ranasinghe and landed an effective combo of jabs, hooks and uppercuts that knocked down Ranasinghe and forced the referee to stop the contest. Galal Yafai will now face India’s Amit in the final of the 46-49 kg weight category.

Securing Sri Lanka’s third boxing medal, sixth overall medal in the ongoing Commonwealth Games 2018 is Ishan Bandara hailing from the Army Sports Club and the current National Champion in his weight category. Bandara defeated the Lesotho fighter Thabo Molefe 4-1 winning on points, before he qualified to the semi-final. His opponent from the red corner, Indian fighter Gaurav Solanki, made his way into the semi-final after defeating Charles Keama from Papua New Guinea 5 – 0. 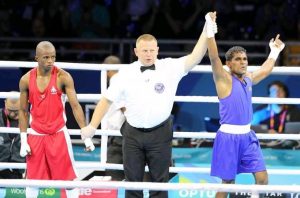 Dominating the first round with his amazing strength and agility, our local champion showed confidence and technique throughout the first round. Bandara managed to knockdown his opponent twice in the latter part of the first round creating momentum towards Sri Lanka’s way.

Bandara continued his dominance in the second round as he landed straight-arm punches that weakened the Indian. However, Solanki got back into the game after striking the Lankan with a combination of hooks and jabs that gave the Indian the upper-hand.

As the final round approached, Ishan Bandara looked to be on his way to create history for Sri Lanka but the experienced Solanki, made a hard fought comeback, which secured him the victory. It may have been the experience of Solanki that came to play, but Bandara sure seemed to have out-played the Indian although the scores went in favour of the Indian. Solanki will now face Brendon Irvine of Northern Ireland in the final.