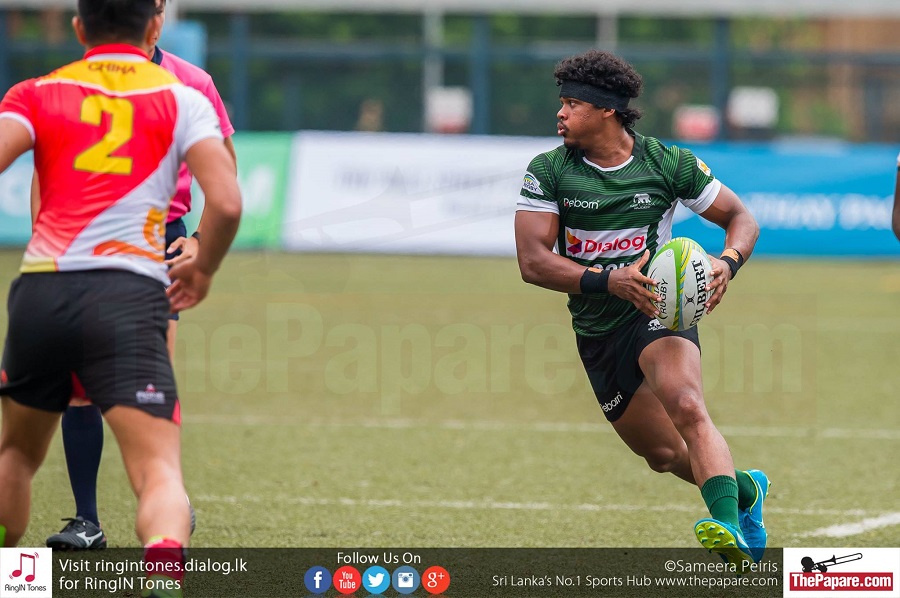 After a disappointing start to Day 2, the Tuskers showed what they are really made of in the Plate Semi-Final of the Asia Rugby Sevens Series, beating Malaysia 45 points to nil a short while ago.

Tuskers were dominant from the word go. Kevin Dixon coming into this match made a massive impact as he started off the scoring for the islanders. With skillful hands, the Lankans ran the ball wide to create space on the outside. Tarinda Ratwatte added the extras. A few minutes later Jayawardanage managed to put his name on the scoresheet after a strong burst through the middle from skipper Sudarshana Muthuthanthri. (SL 12 – MAL 0)

Shortly after Dhanush Dayan went over the line to score the 3rd try for the Tuskers. Kevin Dixon once again on the act making good ground and offloading at the right time for to Dhanush run all the way. Just before the half time whistle, Naveen Henakankanamge scored to extend their tally to 26 points.

The second half was no different to the first as the islanders continued the onslaught against the tired Malaysians. They made their opponents look helpless using their skill on the field. Ratwatte managed to get his name on the score sheet with a try just after half time. Once again the Tuskers used the width of the pitch to create space to run through. (SL 31 – MAL 0)

Jayawardanage went on to score his 2nd try of the game shortly afterwards after few phases inside the Malaysian half. Tuskers showed strength, breaking through tackles and then used their runners to run the ball over. Moments later Jason Dissanayake coming from the bench in the 2nd half went on to score in the 12th minute. (SL 38 – MAL 0)

After a dominating 13 minutes from the Tuskers, the Malaysians finally made it to the Sri Lankan 22m. Tuskers were feeling the pressure but the desperation and the fight was shown until the very end to keep their clean sheet in the match. They did it with utmost ease and took the win 45 points to nil.

They will meet Philippines for the Plate Championship 1500Hrs SL Time.