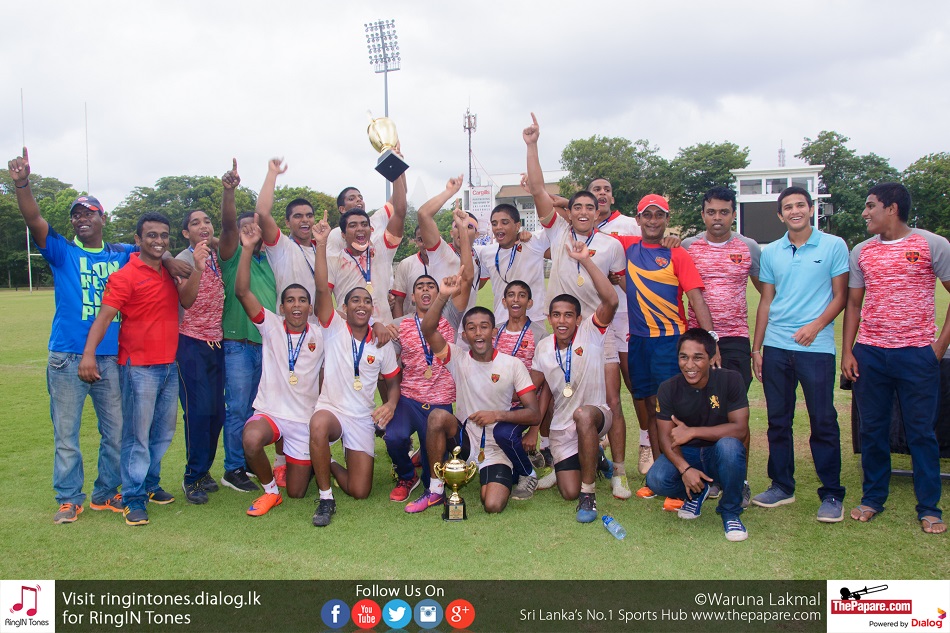 The final was expected to be a crunch game given the names which featured in both sides. Joes kicked off proceedings but it was a horrible start from the boys from Darley Road. Amith Kulathunga of Trinity College was sinbinned in the second minute but against the run of play Trinity Skipper Warren Weerakoon gathered the loose ball, fended off two defenders and went over the line to score in the 2nd minute of the game. Prabath Vimal converted the try. (TCK 7 – SJC 0)

The momentum soon shifted towards the Blue and White Army as Trinity College were reduced to 5 men after Warren Weerakoon received a yellow card for off side play. Joes pounced on the two-man advantage and drew back the deficit through an unconverted try by Nehan Perera. (TCK 7 – SJC 5)

Once Trinity was back in full force they looked to dominate proceedings. Seconds before the half time whistle Amith Kulathunga went over the line to extend the lead for Trinity College. The hard work was done by their skipper Warren who made the initial breakthrough from the 40m line and got the off load on time for Amith.

Joes had to get their A game in play if they were to overcome the Trinitians but it wasn’t the case for the boys from Darley Road in the all-important final. Trinity extended their lead early on through an unconverted try from Mohommad Shoaib. Once again it was Warren and Geeshapa Kulathunga who made the hard yards by using their strength and drawing defenders towards them which ultimately opened spaces for the wingers on the outside. (TCK 17 – SJC 5) 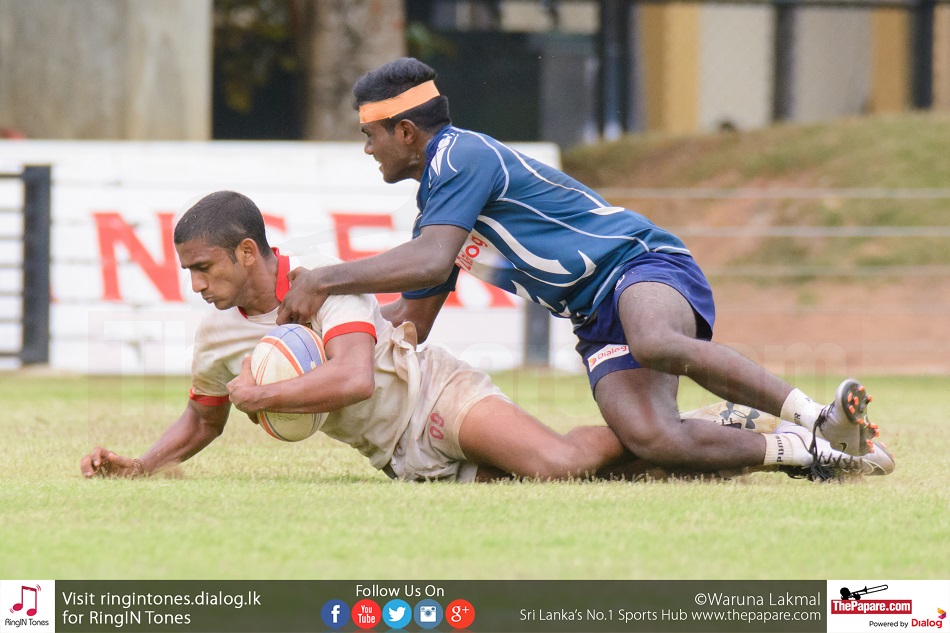 The time was running out for St Joseph’s College but they just couldn’t find a way through the Trinity defence. On the other hand, Trinity College kept on the pressure and they sealed the victory through their 4th try. It was their skipper Warren Weerakoon who used his strength to break through the middle and get the off load just in time to Prabath Vimal who went over the line. (TCK 22 – SJC 5)

Joephians were well and truly out of the game but they found some conciliation through a last minute try. Trinity College crowned deserving champions of the tournament. Their skipper Warren Weerakoon was named Player of the Tournament for the role he played right throughout the two days.

The plate final was played between Royal College and St Anthony’s College. It was the Anthonians who drew first blood through an unconverted try by Suhail Wasim. They used their big forwards to hit hard at the Royal defence and then send the ball wide giving the wingers ample space to run through. They followed it up with another try in similar fashion but this time it was Mohommad Makarim who went over the line. (SACK 12 – RC 0)

Royalists replied with a unconverted try from Lahiru Yomal. He gathered the ball from the restart spotted space on the outside and ran all the way to score under the post. Just when Royal College tried to get back on the game, St Anthony’s extended their lead with another try from Madawa Fernando. He kicked the ball over the defence line of Royal College and as the ball was rolling away towards the dead line he jumped over the ball to get the try for his side.

2nd half started off with Royal College adding 7 points to their tally. Noah Wickramasuriya claimed the try after playing few phases inside the 22m. Royalist had a 5-point deficit to overcome in the final 3 minutes but it was the boys from Kandy who got the edge over their opponents with another try to seal the Plate championship.

The Player of tournament and Skipper of Trinity College Speaking to ThePapare.com, 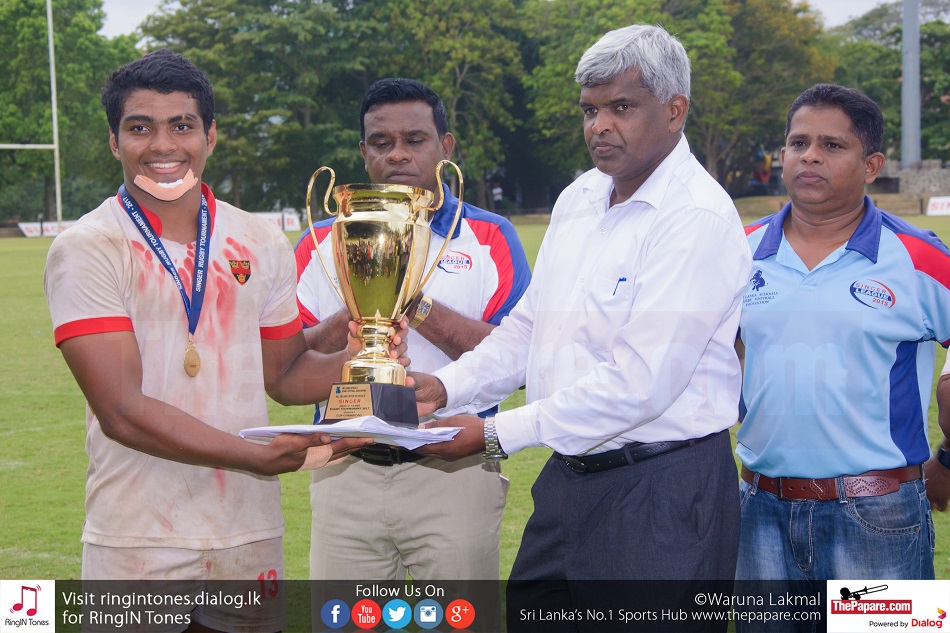 “It was great. It has been a long time since we have won a championship so it was great to win after so long. I’m looking forward in representing Sri Lanka in the future. It was great to be named as the best player. I have never received such award before. “