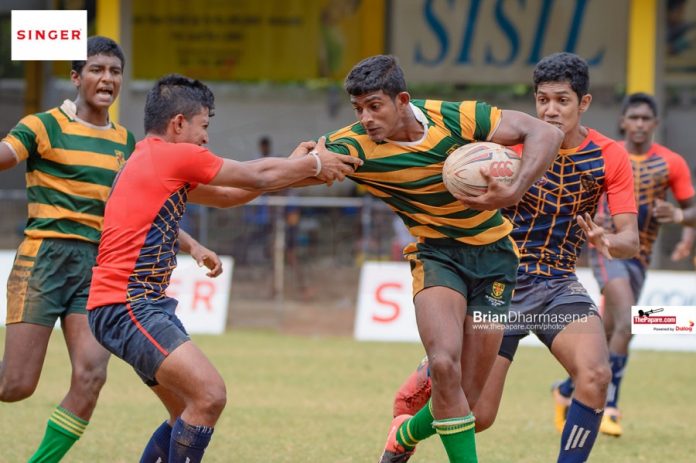 Total of 26 teams took part in this sevens tournament and they were divided to 8 groups. Most of the games were one sided with Talduwa Buddhist College wining the group A while group B was clinched by Zahira College Mawanella.

The final two groups were won by Mahanama College Panadura and Nugawela Central College after tightly contested games in both groups.

Day two is set to begin tomorrow (15th July) at 8:00 am at the Science College grounds with the cup quarter finals.