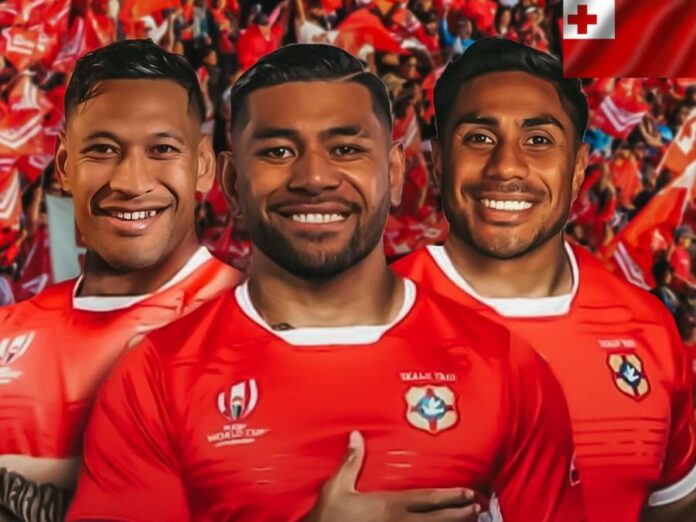 The former international has bolstered the Ikale Tahi side thanks to a recent change in World Rugby eligibility rules.

Folau ended his contract with Rugby Australia in 2019 due to a series of homophobic posts on social media but had previously expressed his desire to represent Tonga.

Former Wallaby Israel Folau has been named in the Tongan rugby side for the first time.

Fekitoa played 24 tests for the All Blacks between 2014 and 2017 before moving to the northern hemisphere to play for Toulon, then Wasps and now Munster.

Piutau played 17 tests for the All Blacks before giving up New Zealand rugby at the age of 23. 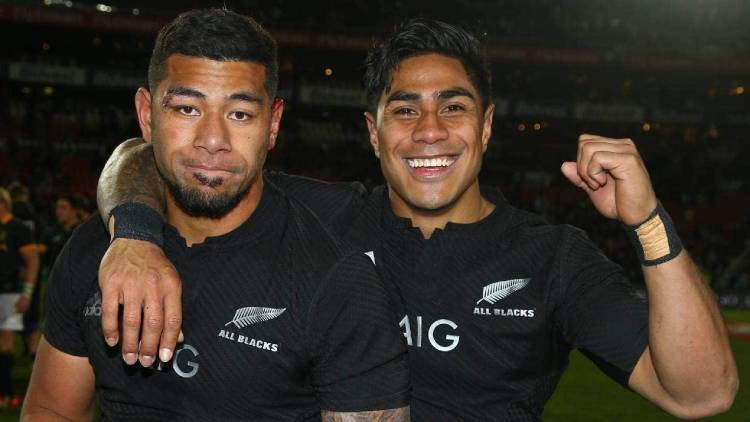 Charles Piutau with Malakai Fekitoa after an All Black win over South Africa in 2015.

Folau was a teenage prodigy in the NRL who went on to play for the Melbourne Storm, Brisbane Broncos, Queensland and Australia before making a dramatic code switch to play for the Waratahs in 2013.

He played 73 quizzes for the Wallabies but his religious beliefs promoted him to start posting posts addressing homophobics on social media.

The controversy first started in 2018 and then intensified in April 2019 as Folau continued to make posts on social media, causing huge offense in the LGBT community and furious with Wallabies teammates, Rugby Australia staff and sponsors, despite warnings that he was in danger of having his contract broken. 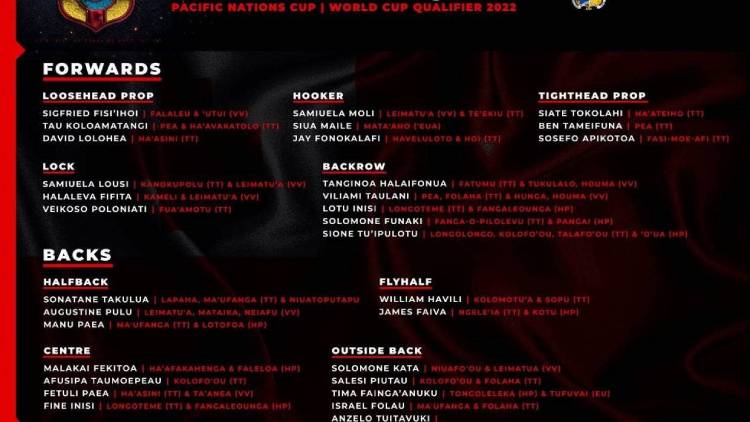 Tonga has named a strong squad for the Pacific Nations Cup and the 2023 Rugby World Cup qualifiers.

Halfback Augustine Pulu, who played two tests for the All Blacks in 2014, has also been named in the star-studded backline.

Super Rugby club Moana Pasifika has a strong with hand with Tima Fainga’anuku, Solomone Kata, William Havili and Fine Inisi amongst their representation.

Tonga’s coach Toutai Kefu has named a 31-man squad for the Pacific Nations Cup and the 2023 Rugby World Cup qualifiers.

The easing of World Rugby’s eligibility criteria has had a dramatic impact on Tonga’s squad. On last year’s tour of New Zealand, Kefu was forced to ring around club sides to try and find enough players to fill his squad after MIQ and injury woes.It will be the first time Tonga playe on the international stage since the volcanic eruption and subsequent tsunami that hit the country in January.

Fiji is set to host the Pacific Nations Cup tournament featuring Samoa, Tonga and Australia A from July 2-16.