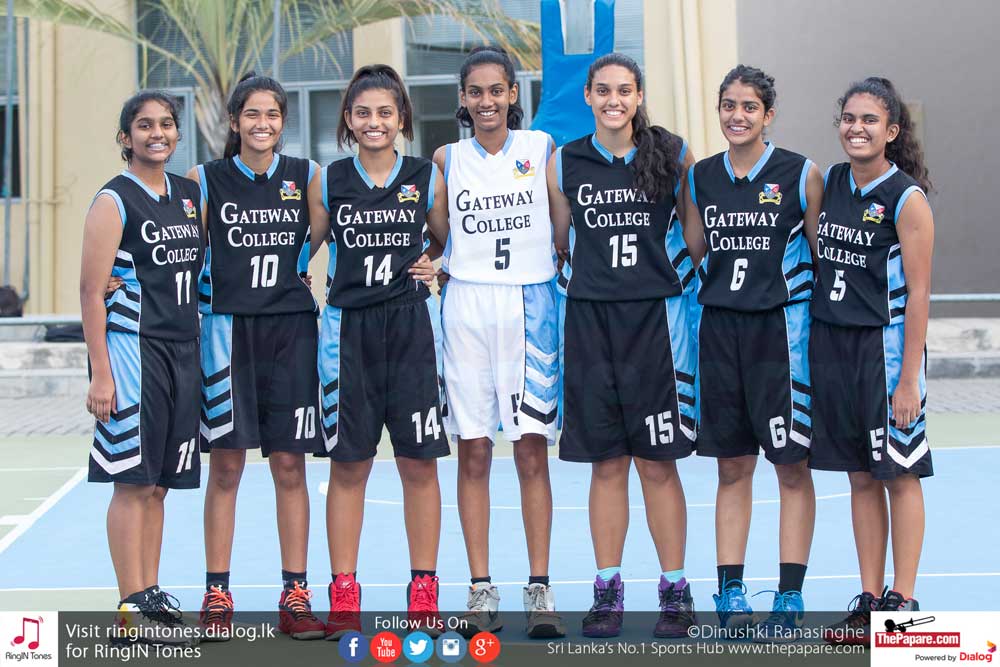 ThePapare Basketball Championship (TPBC), setting the stage for the next generation of stars, will take center-field in the Sri Lankan basketball fraternity for the second consecutive year allowing twenty-eight top notch schools to compete to become the elite stars of the school’s basketball arena.

Having won the B division last year, Gateway College(GCC), girls` basketball team has placed themselves in the A Division U19 All Island Basketball Tournament; ThePapare Basketball Championship 2017. 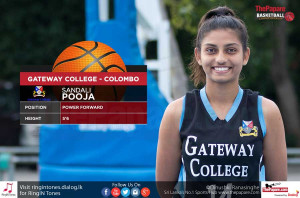 Sandali Pooja playing in the power forward position will fill up first slot of the experience campaigners list. Pooja is also part of the FIBA’3×3 fast track programme leading up to the 2020 Olympics and a member of the 3×3 National Team which toured in the recently concluded Asian Championships. Apart from the international experience, her talent rests in her game sense, positioning herself and adapting to different game situations. 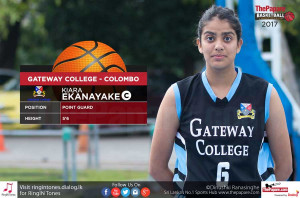 Kiara Ekanayake will lead the team for 2017.  She is a part of the team when Gateway College won the B division title will have clear vision on how to make an impact in their maiden year at ThePapare Basketball Championship. Ekanayake playing in the point guard position, will control the game and initiate both offensive and defensive ploys.

GCC is still a very young team and there haven’t been any changes to the lineup of the team from last year`s B division tournament and the inter-international tournament. The team is heavily reliant on Kiara Ekanayake to drive in, Sandali Pooja to take jump shots and Yischelle Foeander to rebound covering the key aspects of the game. Apart from Sandali Poooja, Devni Wickramarachchi is also a part of the 3×3 FIBA fast track program leading up to 2020 Olympics.

It’s a close knit team with good team coordination and everyone knows their designated roles during a match. They are also well balanced with equally good shooters and dribblers who can penetrate the defense. Although at the moment they are a small team, the captain has complete faith that her team will be up for the challenge of playing in the ‘A’ division.

Realizing that ‘A’ division is a lot tougher the team has stepped up their game increasing the number of practice sessions to 4 per week focusing on fitness, basic drills and game situations. They’ve stepped up to the challenge changing their outlook and mindset about the tournament to prepare for the task of playing in the ‘A’ division.

Captain Kiara Ekanayake speaking, “I’m grateful for the team we have this year and I know they have my back both on the court and off and I have the utmost confidence in their abilities and I’m certain we’ll give a good fight to all the other ‘A’ division teams”.

Coach Tharindu Fernando speaking, “Its’ a young team we have once again and they are very talented and I believe that they can give a good fight in the ‘A’ division. Although my belief is that it’s better to be last in the ‘A ‘Division than to always come first in the ‘B’ division so that way there will always be a challenge and we can improve. All our other teams are in their various ‘A’ Divisions and I believe we can develop this over time as well and get to the top of the girl’s side of this tournament”.

The Team Line Up