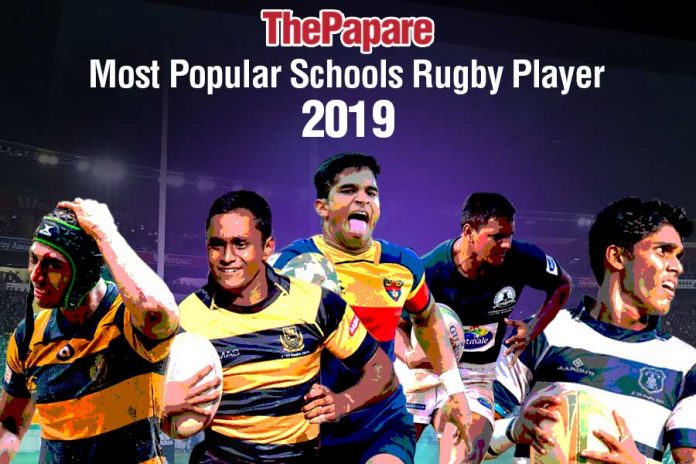 For the 6th consecutive time, ThePapare is proud to bring you its Most Popular Schools Rugby Player contest for the Singer Schools Rugby League 2019.

Introduced in 2014, the competition was aimed at identifying the top talents in the schools rugby arena and has provided the opportunity to fans to pick their favourite player.

This year, ThePapare Most Popular Schools Rugby Player competition will see a nominated player from each of the Cup and Plate championship schools and will provide the chance for fans from all schools to vote.

The nominees are as follows: