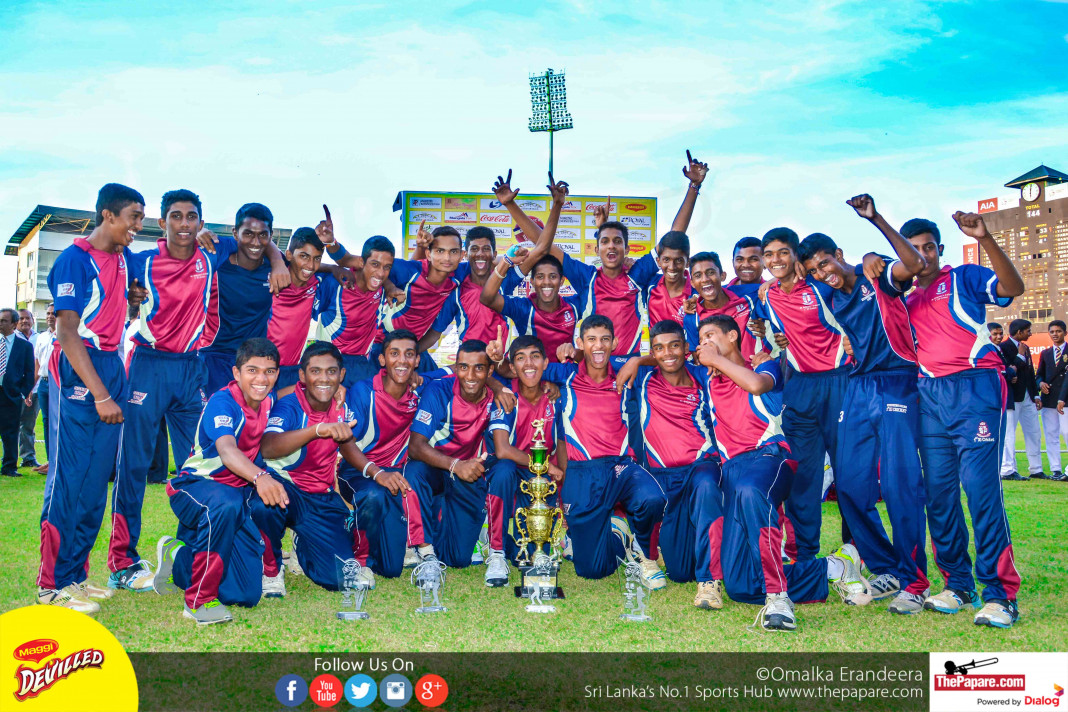 A marathon and a watchful knock of 60 runs from right handed Thenuka Liyanage abled St.Sylvester‘s College Kandy to thrash their rivals; Vidyartha College by 7 wickets in their 26th limited over encounter that concluded at the Pallekele International stadium today.

Earlier in the essay, St.Sylvesters won the toss and invited their opponents to take the first lease of the wicket. Vidyartha openers Bimsara Samaratunga and Dushan Jayathilake came out to start proceedings for them. Dushan was unable to open his account as he was unfortunately bowled out by Manuja Perera for a duck. Bimsara too became a victim of Manuja when the ball sneaked through the gate, jagging back on to the stumps when he was on 13. The saver of the two-day game for Vidyartha, Ravishka Upananda was unable to get into big runs as he was bundled out for a cheap 3 after he played a mistimed lofted shot to clear the in-field.

Nimesh Senanayake top scored for their team with  38 runs. A so-much expected from Vidyartha skipper was  sent back to the pavilion without bothering the scorers by Pabasara Perera who even captured the wicket of Tharindu Dissanayake to be the pick of the bowlers of Vester’s camp. Vidyartha batting card looked disappointing with 143 runs on the board for 8 wickets at the end of their 50 overs.

Chasing down a target of 144 at a required rate of 2.88 runs per over did not seemed to be comfortable for St.Sylvester’s when both of their openers Avindu Herath and Pabasara Perera were curtailed when the total was 11 on the scoreboard making them to struggle against the tight pace bowling of Vidyartha. The left arm fast bowler Kasun Ekanayake who had impressive bowling figures in the last game picked up the scalps of the openers.

Dominating the session after the swift break-throughs Manuja Perera propelled a quick-fire 35. He retired on 13 after being suffered from a serious cramp that made him uneasy to run between the wickets. Receiving the opportunity to bat at his vacancy Thenuka Liyanage constructed the winning path of Vesters when he hammered a marathon knock of 60 runs that came off from 87 balls. The star player’s batting figures comprised four boundaries and a towering six. The recuperated Manuja resumed his innings after the wicket of Thenuka  and stayed unbeated on 35. Shining as the jubilent captain, Malith Premathilake carried his lads to the winning moment after stroking an unvanquished 30 runs. He fulfilled his responsibilities in these couple of games as the skipper and looks forward to their T20 game which schelduled to be held on 26th March at the same venue.