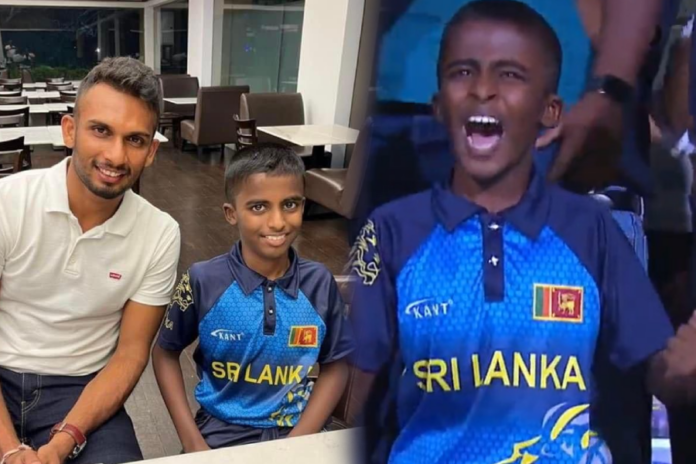 Joshua is a 10-year-old who hails from the cricket crazy town of Kandy and schools at Trinity College, one of the oldest schools in the country.

Interestingly, Joshua’s love for the game apparently began just a year ago. Since he hails from a Rugby-loving family, he hadn’t really had much interest in cricket previously. However, during the pandemic, Joshua got to watching the IPL at home and he’s been hooked ever since.

The 3rd T20I match between Sri Lanka and Australia at Pallekele was the first international match he attended. He hasn’t started playing at the age-group level yet, but hopes to do so next year, when he will be eligible to play U13 cricket for Trinity.

Young Joshua has set himself some lofty goals – to become the fastest bowler produced by Sri Lanka.