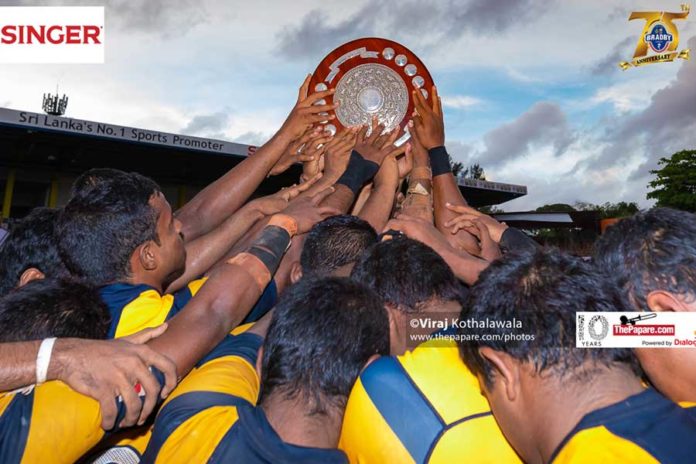 The pandemic hit Sri Lanka in early March bringing to an immediate halt all of the country’s sporting activities including the Schools Rugby League.

The Dialog Schools Rugby League that started in the month of March did not progress beyond the second week. Island wide lockdowns postponed the league indefinitely.

Plans were in place for the resumption of the Schools Rugby following the GCE Advanced Level Examinations in November, but the second wave of Covid19 in the country, put spate to that.

With the Ministry of Education closing all schools as a preventive measure and suspending all school sports for the remainder of the year, it looks like the Bradby Shield will not be played this year.

The country’s oldest rugby fixture has been in existence since 1945. The two-legged fixture played between Trinity College and Royal College is one of the most anticipated rugby events in the country.

The series has been uninterrupted since the first encounter for 75 years. Even in 1971, when there was political instability, one encounter took place.

Royal College were winners that year based on the first leg win of 22-3 against Trinity.

However, with the pandemic still at large, we might be looking at a possible cancellation of the 2020 fixture.

When lockdown came into play in March this year, all school teams suspended training until August.

Even in August and September, there was only a small window for the teams to train. It was at that time that the Sri Lanka Schools Rugby Football Association was considering a restart in November.

At that same time, the two schools were also making arrangements to play the fixture in December. But these plans do not look feasible based on the current situation.

By the looks of it, we might be seeing the first calendar year where the Bradby will not be played.

There have been discussions to see how the game can be played early next year, but they have also turned out futile.

With social distancing set to continue for a considerable amount of time, we can only expect sport to be played without spectators. To top that, the teams will have to be in a bio-bubble if this needs to happen.

The cost of establishing a bio bubble and PCR testing is going to be massive and the two schools might have to bear it if they want to see this happen.