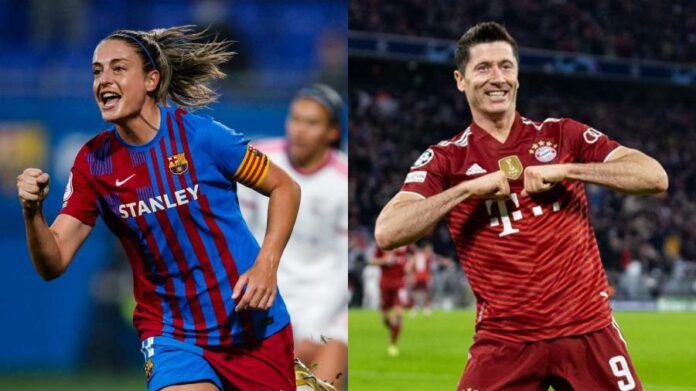 Lewandowski missed out on the Ballon d’Or earlier this year, despite a phenomenal year for both club and country, scoring a mammoth 69 goals in 2021 across all competitions, matching Cristiano Ronaldo’s best year back in 2013.

Putellas has won it all in 2021, Captaining the Barcelona Women to the treble; the Champions League, Copa del Reina and La Liga, while also winning the coveted Ballon d’Or as well along with this The Best award.

The winner of the #Puskas Award goes to… @ErikLamela! 🔥#TheBest pic.twitter.com/qa4HNW2tch

Cristiano Ronaldo (Portugal) was honored with The Best FIFA Special Award for breaking the Men’s International goal record, while Christine Sinclair (Canada) was celebrated for her feat of becoming the game’s highest international record goal scorer.

The main awards are as follows: