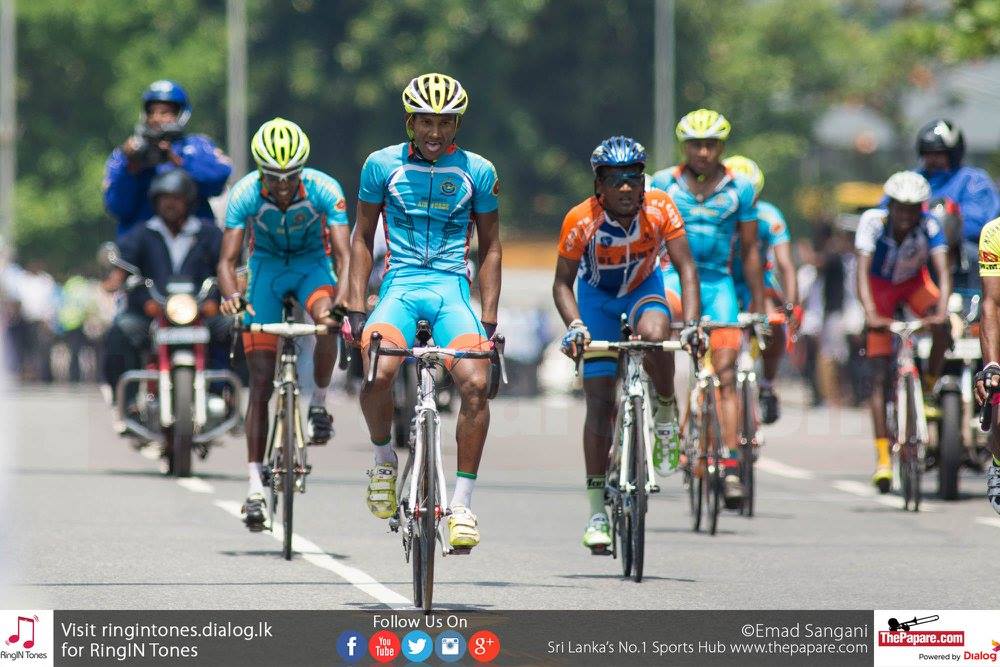 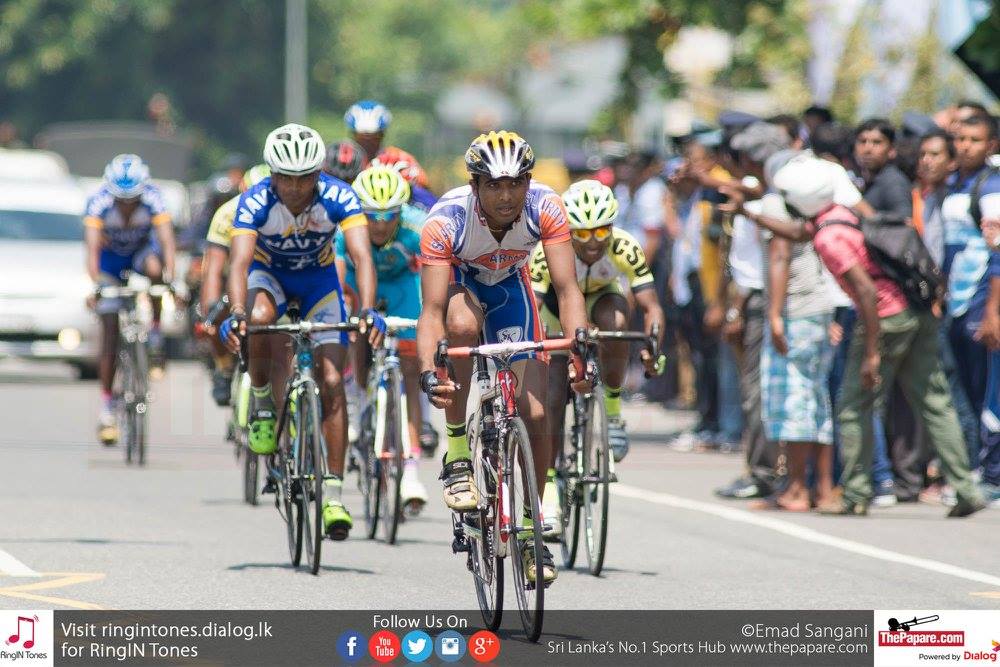 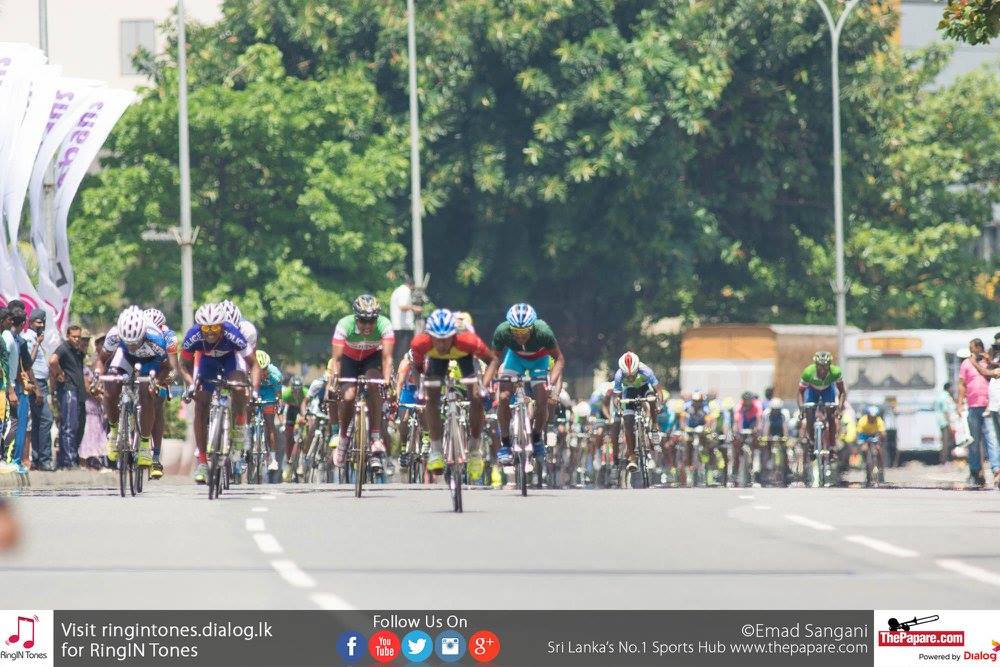 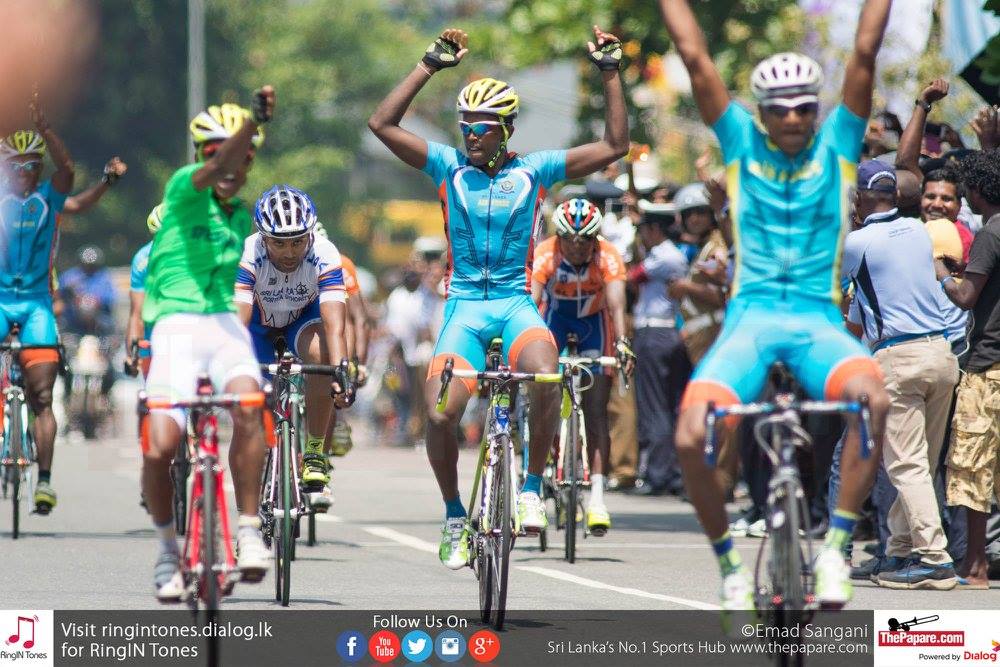 Ashen finished first in the first stage and finished 10th in the 2nd stage.

The Army ‘A’ team won the overall team championship while Air Force ‘A’ team were the runners-up.

The women’s race, which was held in parallel to the men’s race, was won by U.D.Sriyalatha of Ranjith Aruna Cycling Club.

50 women’s racers participated in the race which was 65.5 km in distance, starting from the Ekala Air Force camp and finishing at the Air Force Head Quarters in Colombo.

The 3rd stage started from Koggala Air Force Base at 8:30am and ended after a total distance of 133 kilometers.

The second ‘Sprint’ segment started from Beruwala which was won by Chamika Kasun of Ports Authority and Isuru Kumarasinghe of Army won 2nd place. Third place was won by Sarath Padmalal also from Ports Authority.

The Tour was sponsored by Abans with over 150 riders from the three forces and cycling clubs participating.