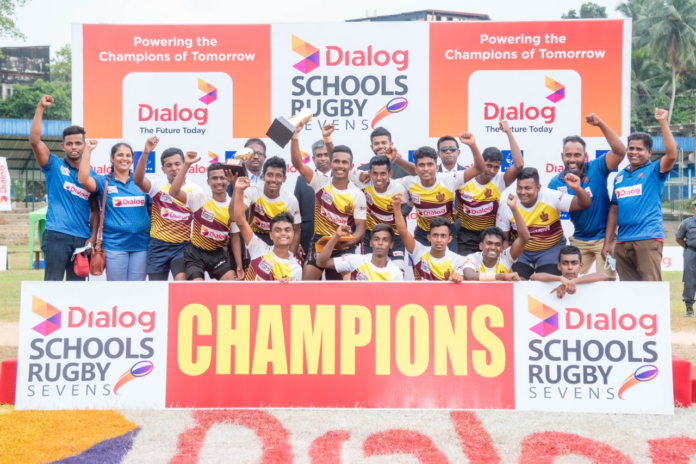 Thalduwa college were unbeaten in the group stages of the competition Handing defeats to Rajasinghe Central and Kagalu Vidyalaya. However their toughest match up came in the Cup Semifinal against Sabaragamuwa province heavy weights Eheliyagoda Central. Eheliyagoda central got of to a terrific started  and looked well on their way leading 15-05 with just 2 minutes to spare, but Thalduwa shocked one and all as they managed to score two tries within the last two minutes and clinched the game with the conversion after the full time siren 17-15.

Kegalu Vidyalay who was placed second in the group after their loss to Thalduwa Central in the group stages managed to upset Dehiowita Central in the Semifinal in another nail biter, Dehiowita central looked the more commanding side in the first half scoring three tries but Kegalu Vidyalaya managed came up with a late charge to win the semifinal with the score line reading 31-26.

The cup final between Kegalu Vidyalaya and Thalduwa Central was dominated by Thalduwa as a they managed to take control of the game from the get go. Thalduwa central won the final comfortably with a score line on 26-05 to be come the Cup champions of Sabaragamuwa province.