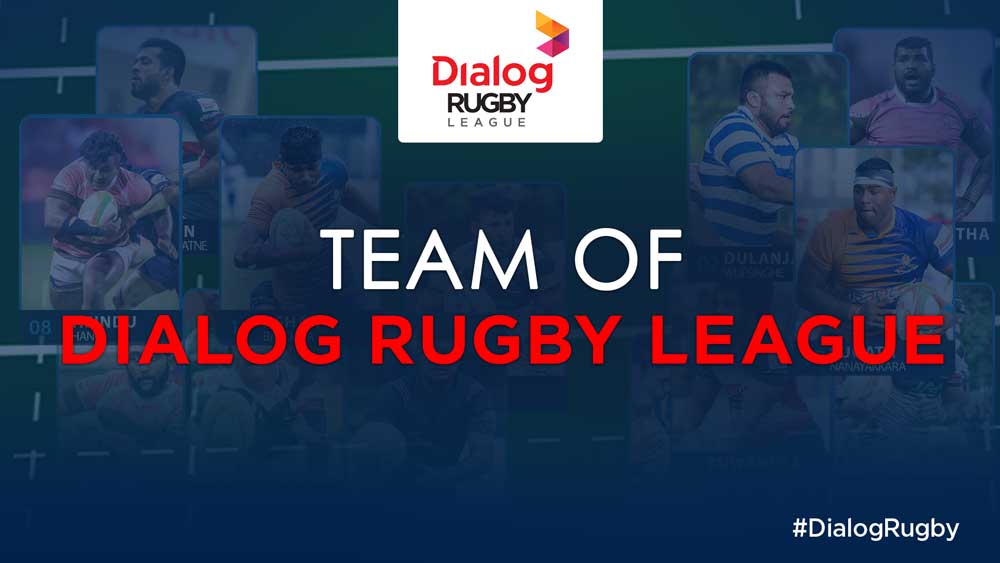 After 14 grueling weeks of Club Rugby, We at ThePapare.com put otgether a team of 15 who we thought stood out from the rest in the recently concluded Dialog Rugby League. Who do you think made the cut? Let’s find out. 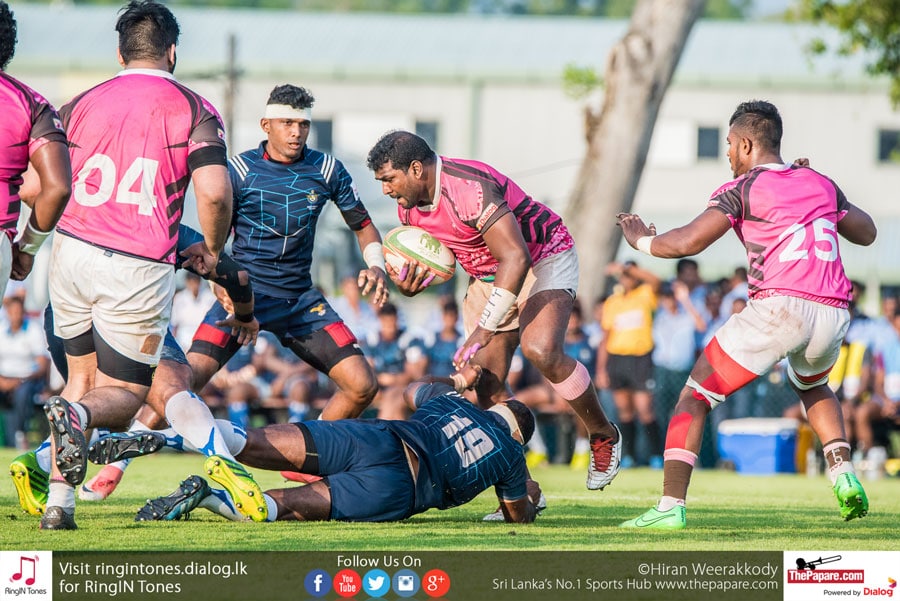 A work horse at the Park Club, better known as Bodhi, he has been a massive presence in the front row and on the field, going on to lead the team in in the absence of regular captain Jason Melder. He has been the pack leader and his influence in games gets him the first spot on our team. 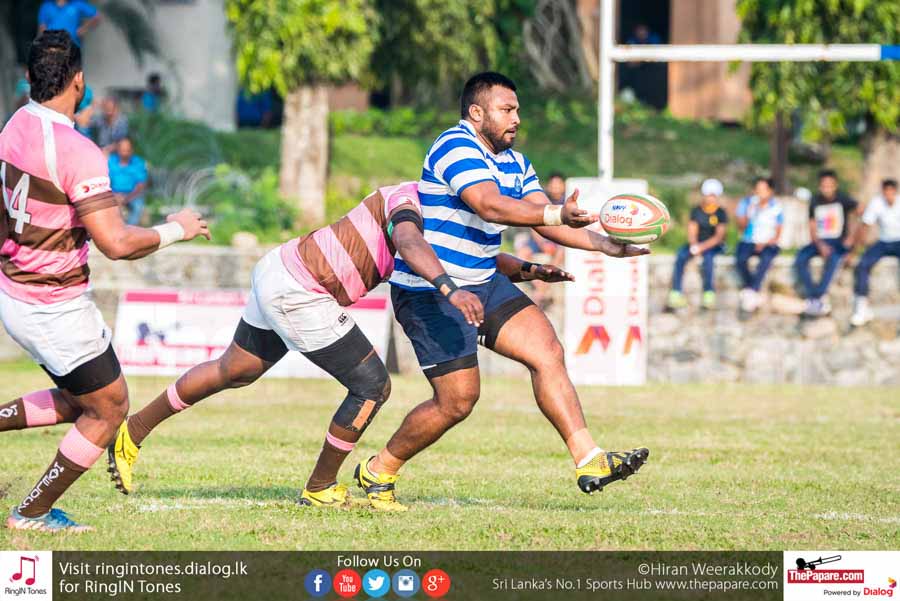 Wijesinghe was instrumental for Navy in the first round, however, he failed to continue that form into the second round due to a minor niggle. The former Wesley College lad went on to score 7 tries and set up a few as well. He wins his place at the hooker position beating the likes of Prasad Madusanka, who was out of sorts this season, and ThePapare.com’s most popular player Supun Warnakulasuriya. 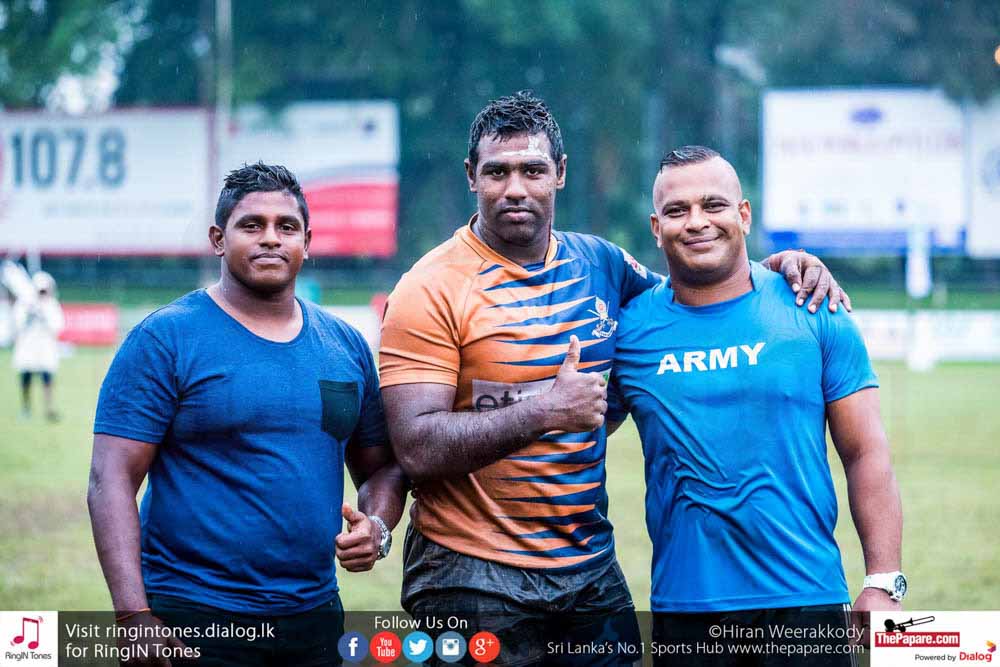 Sugath Nanayakkara was impressive in large parts of the tournament, with 5 tries to his name and his contribution at scrum time and in open play wins him his place in uncontested fashion. 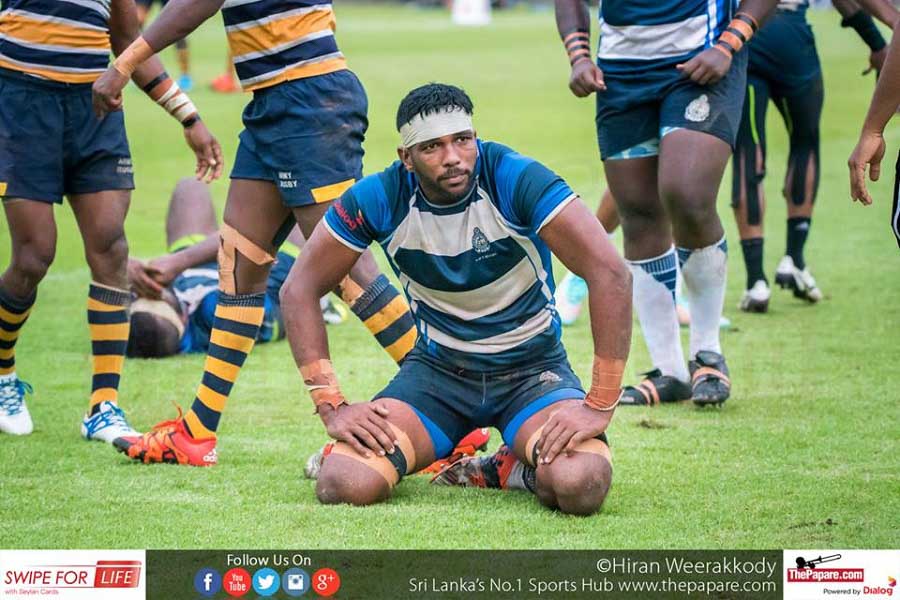 Another lad from runners up Navy, Supun Peiris has been dominant throughout the season in the line out. His inclusion has been mainly due to his work at locking the scrum from the heart of it, however, his impetus at line outs is not to be forgotten. 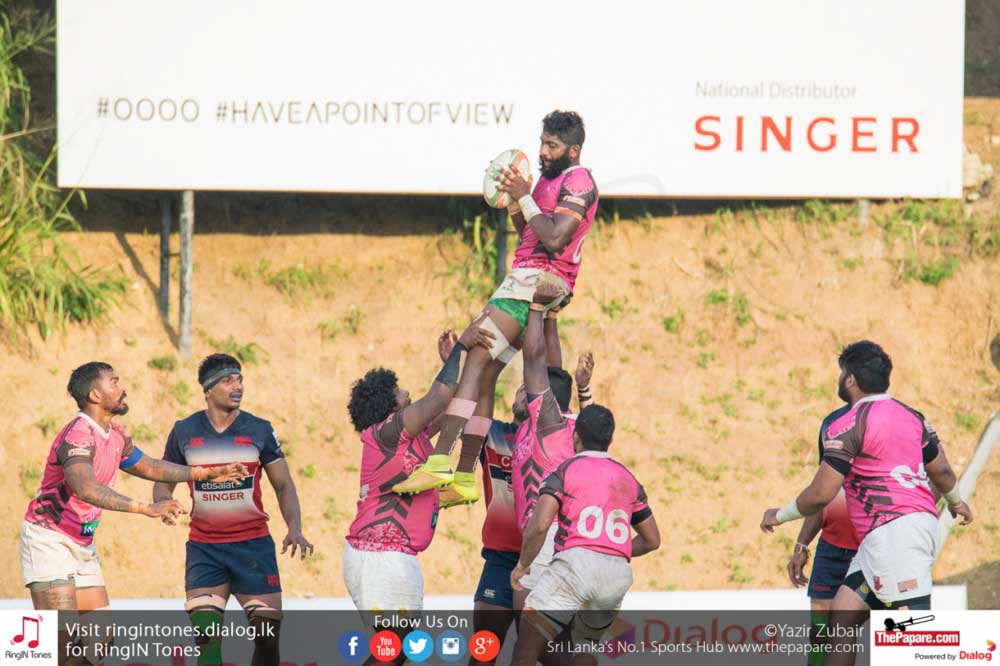 Although he played large parts of the League at flanker, Shehan Dias wins his place in our team at Lock forward mainly for his exploits at line outs. His presence and ability to leap above the rest put him a step above the rest in contention. 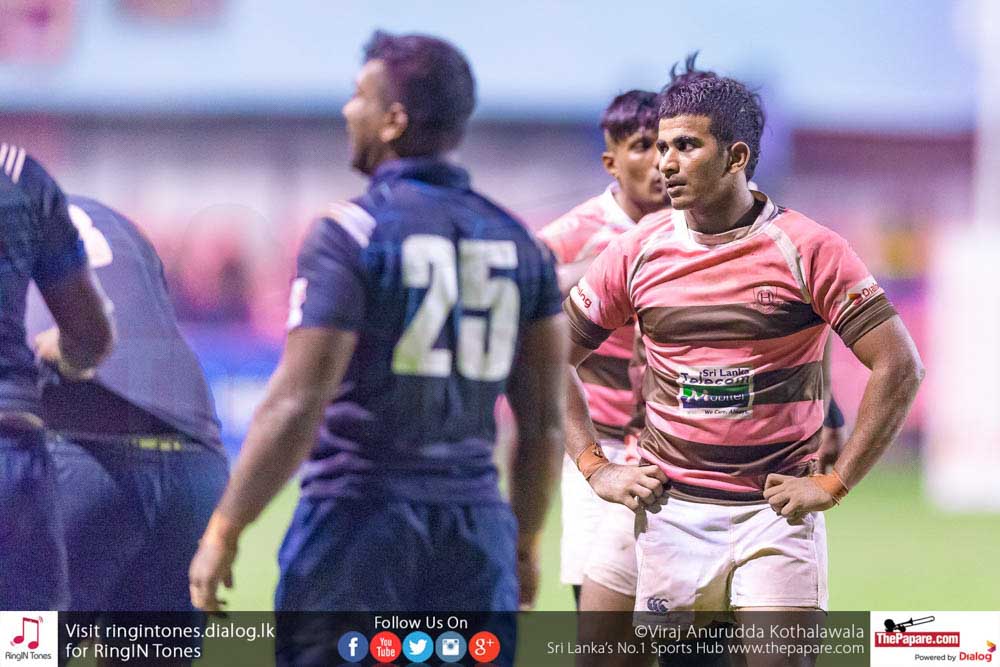 The former Isipathana Captain always goes under the radar for his work at breakdowns. His tackling and ability of picking the pocket of opponents wins him his place, beating out the likes of Sasanka Ariyarathne and Radeesha Seneviratne. 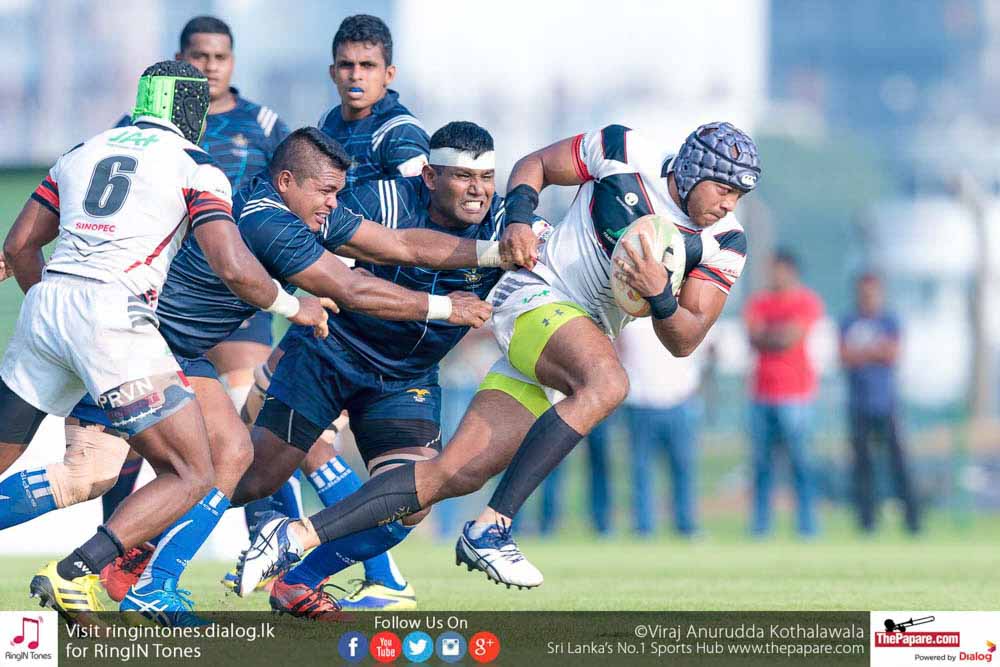 A leader in his own right, the second of the Rajapakse brothers, Yoshitha was highly influential throughout CH & FC’s successful season. His leadership abilities coupled with some crunching tackles wins him the openside birth in our team. 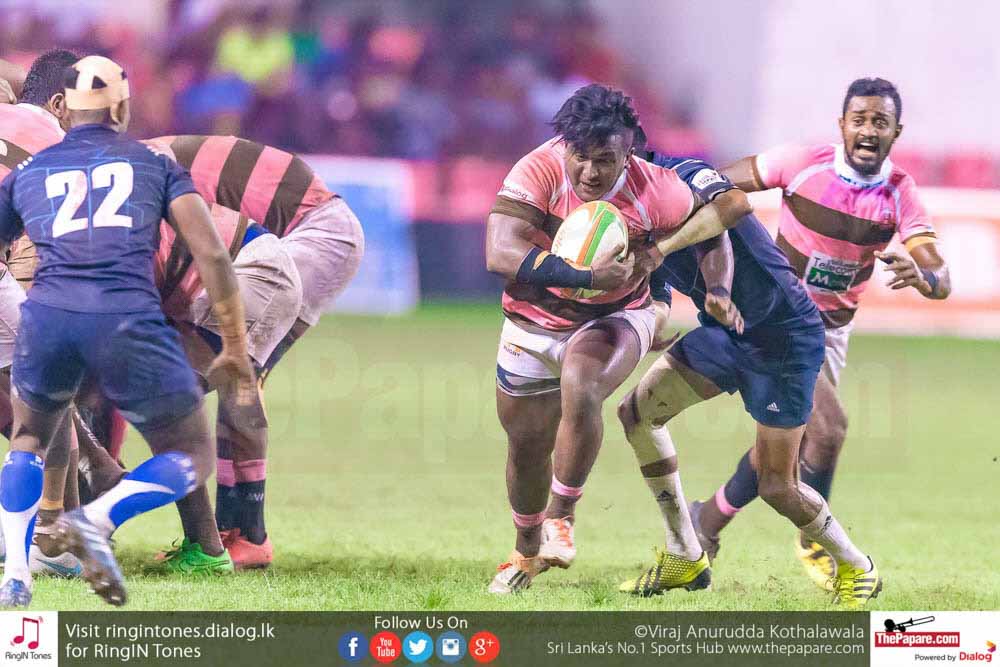 The former Science College no.8 stood out throughout the season. He rarely missed a match and his ability off the back of the scrum largely contributed to his inclusion. The manner in which he led the Havelock lads in the final game of the season, reminded us all of his potential at the tail of the scrum. 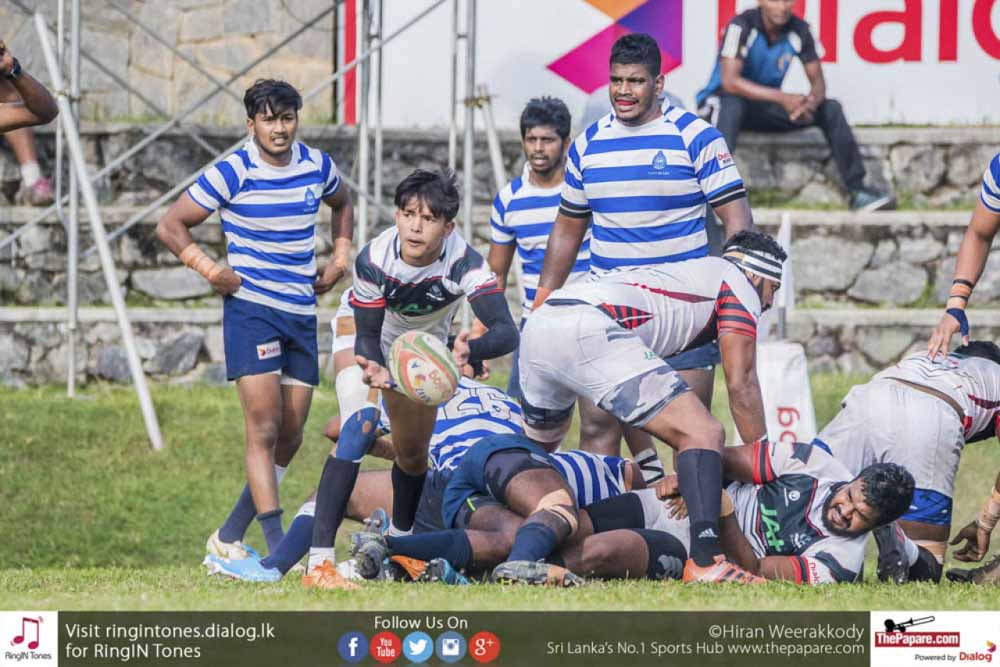 Undoubtedly a contender for rookie of the season, Avishka carried his form through the school season into the club league. His ability to spot gaps and space at the back of opponents largely contributed to the Maitland Crescent club’s success story. He beat out the likes of Srinath Sooriyabandara, Rahul De Silva and Sudam Sooriyarchchi to the number 9 jersey. 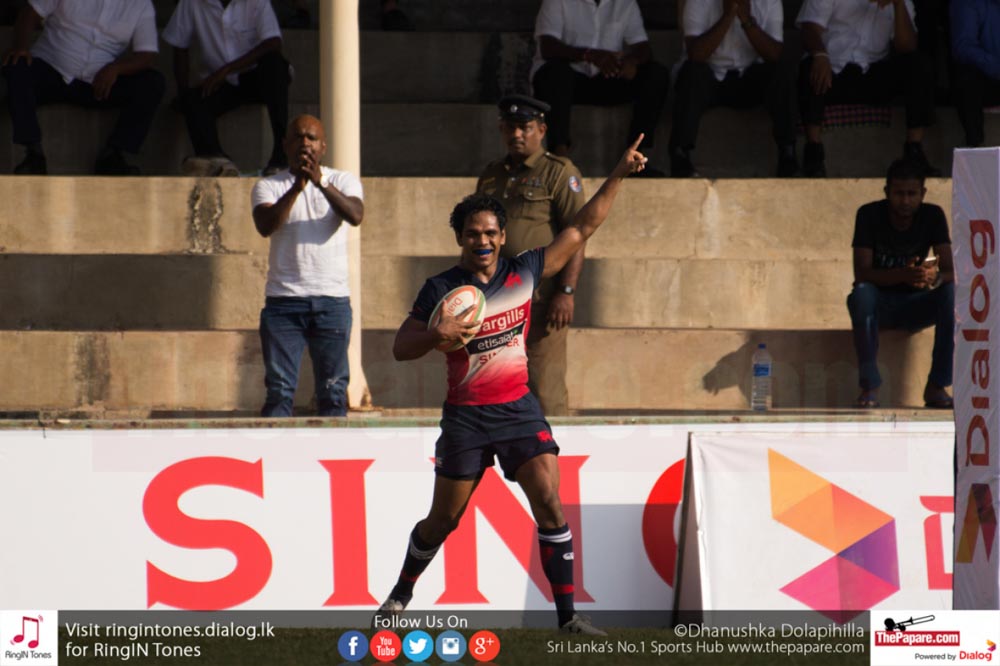 The legend himself, lit up his final season in the Kandy jersey. Marija had a massive impact with ball in hand as he directed traffic from the all-important fly-half position. In his final game, Marija carved open the Havelock defense to score a hat-trick, leaving the visitors in disarray. Rookie Samuel Maduwantha could feel hard done to miss out, however, the experience of Marija wins him the starting spot. 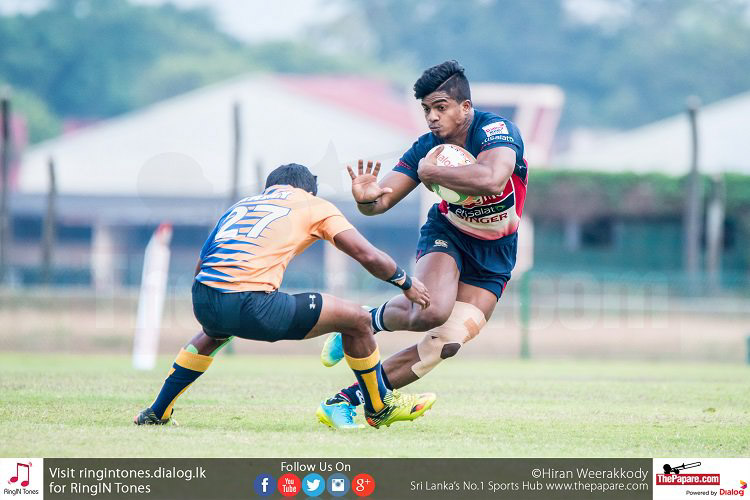 Another former Science College leader, Dharmapala has been lethal with his finishing, crossing the white wash on 10 occasions in 14 games. His ability with defusing high bombs and spotting space in which to run into wins him his place beating out fellow Kandy winger Anuradha Wilwara. 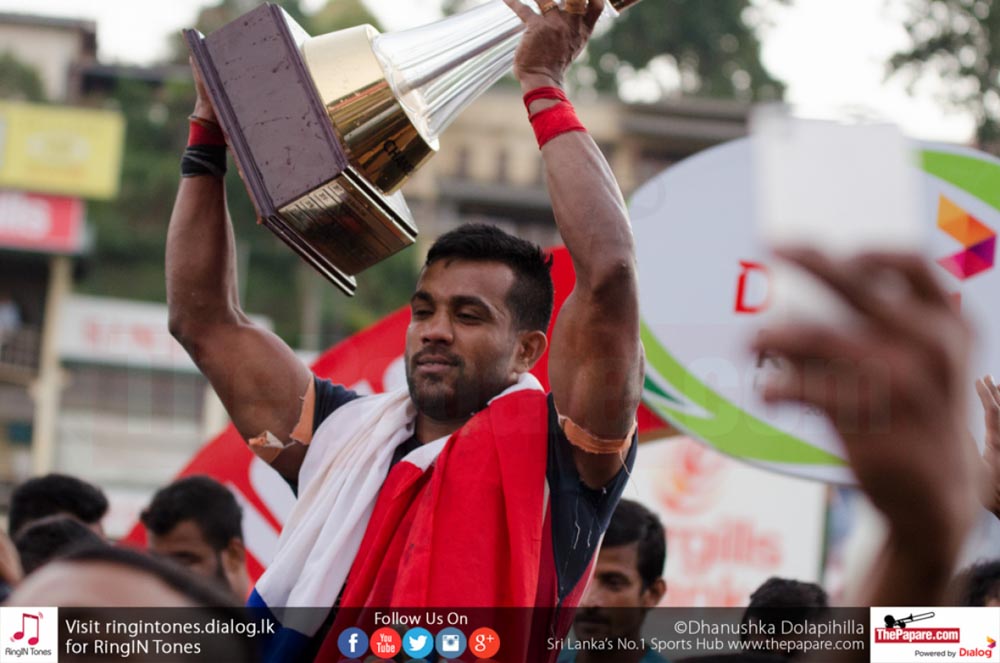 No prizes for guessing who starts at inside centre. The architect and captain of the league champions, Kandy, Gayan was potent with ball in hand and his ability to take the direct root with all the strength he possesses wins him the number 12 jumper without a fight. 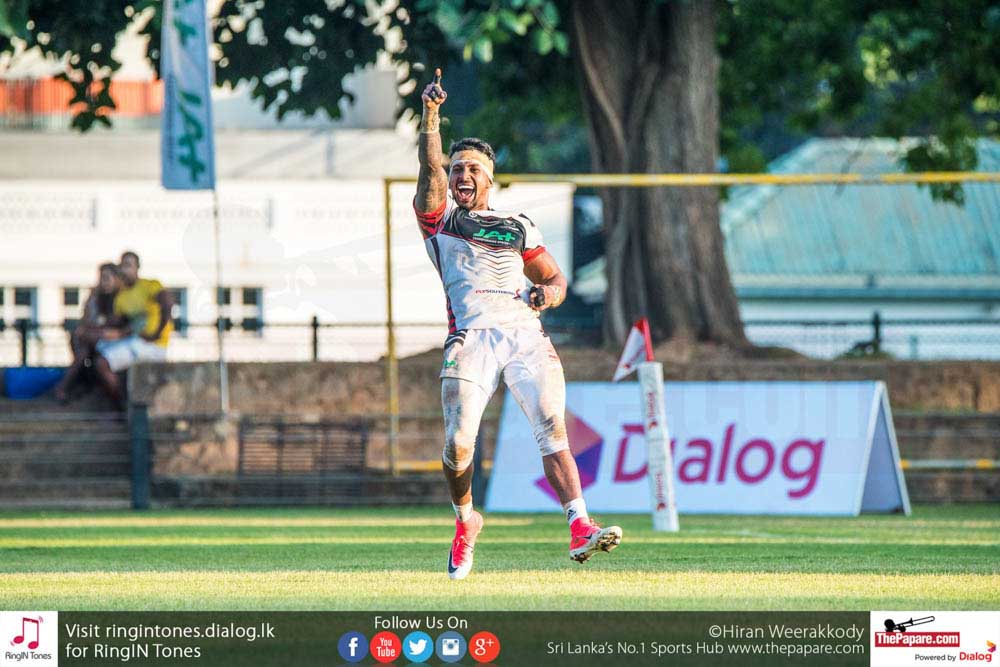 Another lad in the form of his life, Lee Keegal has been great in defense and went on to score some crucial tries for his new team. His seamless transition helped the team gel together and took CH to a top four finish. 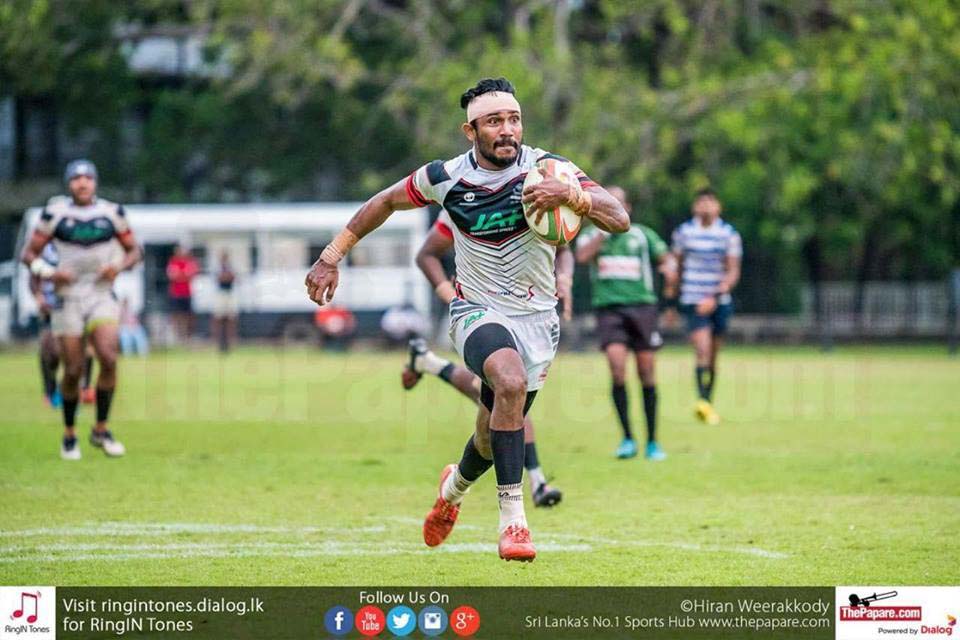 A well travelled Science College winger, also known as ‘Kiriya’, Maduranga finally seemed to find his feet in the club arena after a couple of not so good seasons at CR and Navy in the past. His breaks and final minute try helped CH to the double over CR and finish higher than them in the table. 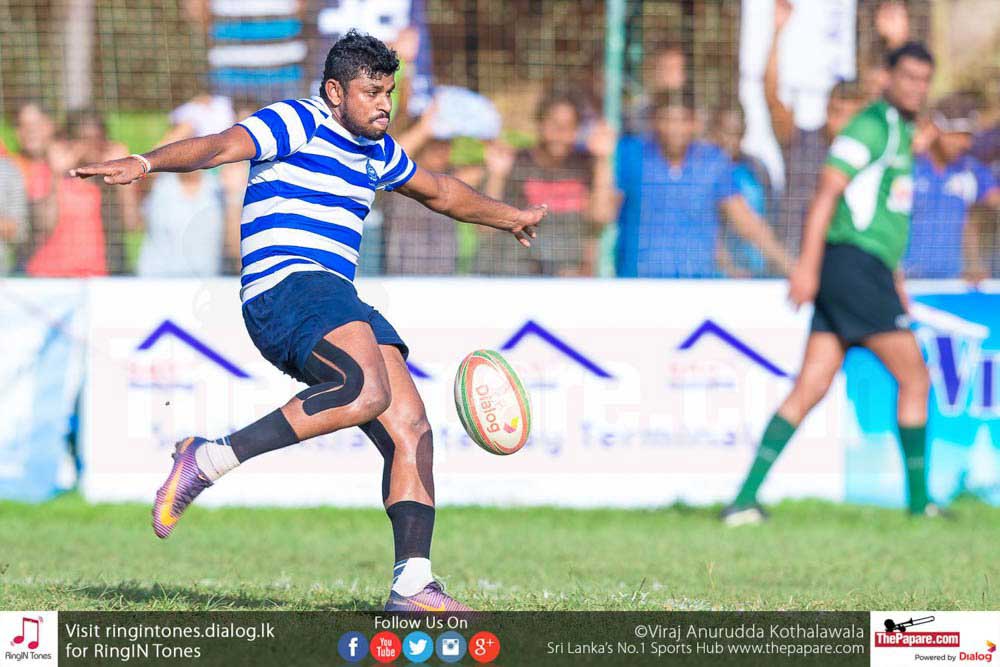 A no brainer, the highest try & points scorer could seemingly walk into any team on the island at the moment. His form with the boot was hugely influential for the lads from Welisara and he wins the number 15 jumper to round off ThePapare.com’s team of the league. 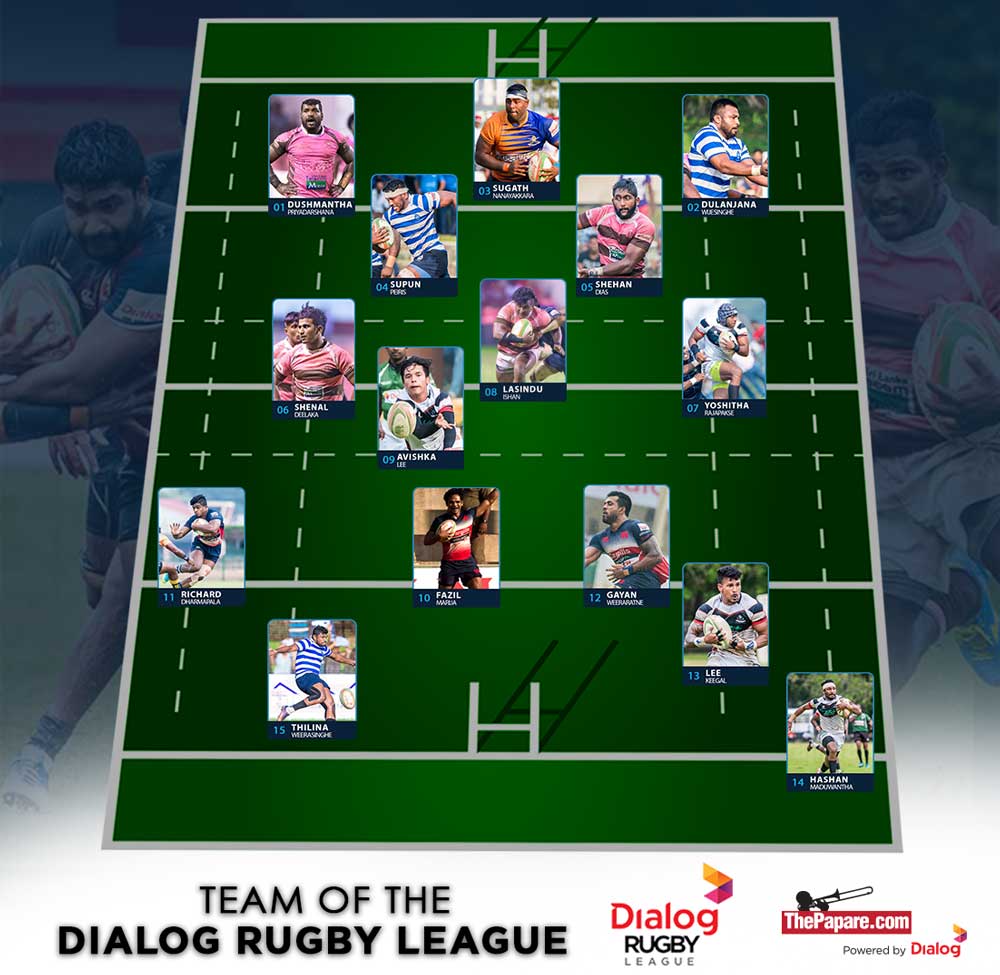