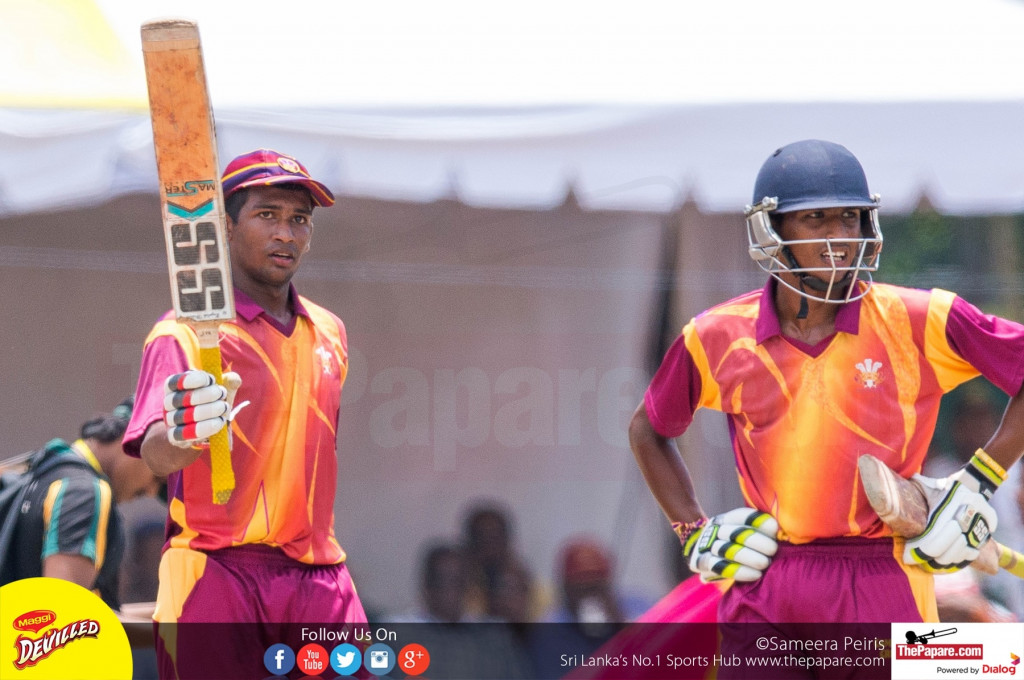 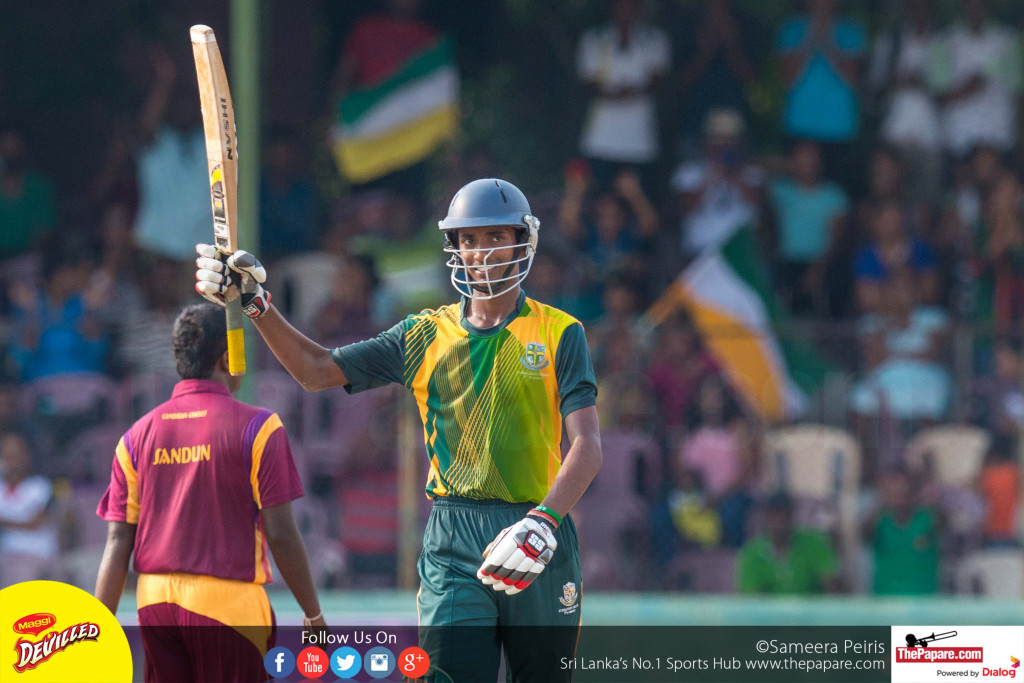 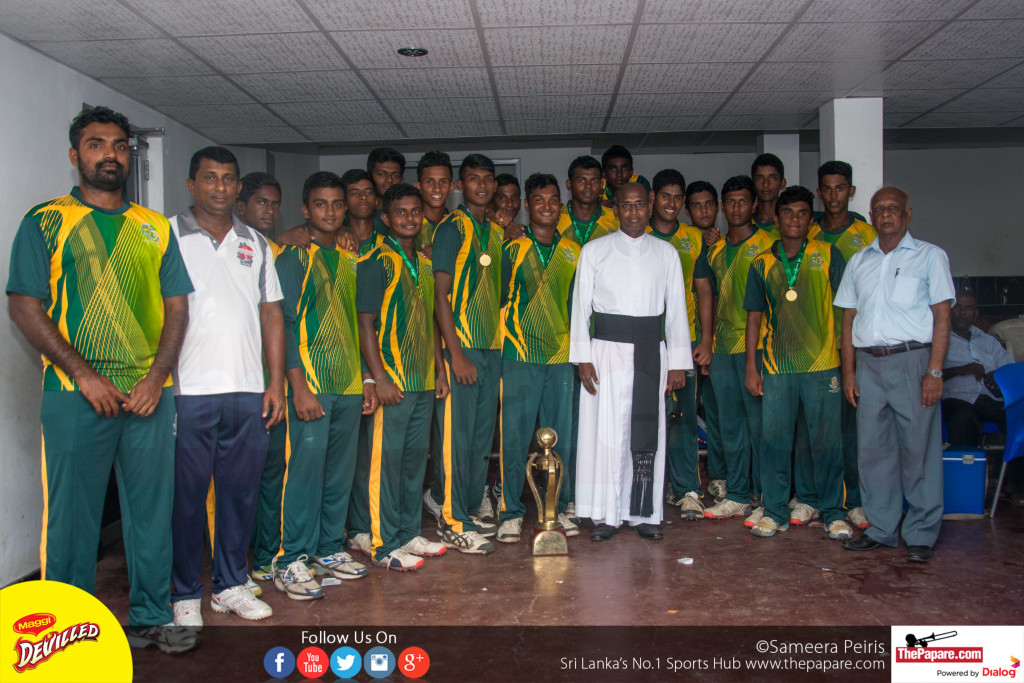 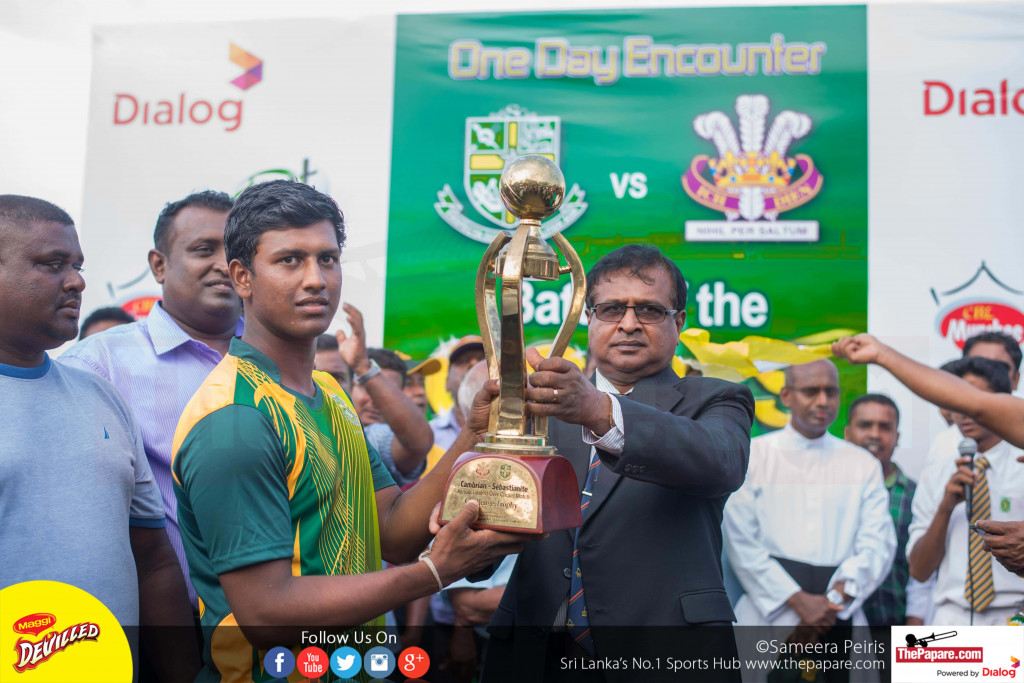 Prince of Wales won the toss and chose to bat first. They didn’t look too good with the bat at first, as the openers Sandun Soysa and Vishwa Chathuranga did not hang around long. Sebastian’s got their first breakthrough in the second over when Chathurangawalked back to the pavilion just scoring 14 runs.

However, Kasun Ekanayake and Vihanga Weerakkody built a steady partnership keeping alive the hopes of their vociferous supporters.

The partnership ended as Mishen Silva trapped Vihanga LBW for 17 runs which caused a collapse in the Cambrian camp. Dilantha Maduranga and Thilan Nimesh went back to the pavilion not contributing much and at the end of 30 overs POW were 99/6.

Ekanayake continued to hold building some valuable partnerships along the way. His partnership with Sanoj Dharshika was fruitful and subsequently Savindu Peiris held on to add some respectability to the POW score.  Ekanayake got to 50 in 114.  The constant fall of wickets did not help the Cambrian cause as they finally folded at 171. The Sebastian’s bowled well to put pressure to the opponents and get early wickets. Fast bowlers, Silva and Malintha Pieris captured three wickets a piece while Praveen Jayawickrema helped with two wickets.

Praveen Perera and Avishka Fernando opened the innings for the Sebastian’s. They gave a steady start for their team. In the 5thover, Sri Lanka U19 opener, Fernando was dismissed for 28 caught Vihanga off the bowling of Anjula Sahan. In the 16th over, the Sebastian’s lost another key batsmen. Praveen Perera got out making 17 runs. It was a caught and bowl by Suwath Mendis.

After some steady batting, the Sebastian’s managed to get to 70/3 at the end of 20 overs, but soon after, Malintha had to walk back to the pavilion after making 3 runs caught behind by Chathuranga off the bowling of Sandun Soysa. A partnership of 42 runs at a crucial stage between Tharusha Fernando and Nuwanidu Fernando saw the Sebs get to 93/3 at the end of 25 overs.The pair kept the scoreboard moving as Nuwanidu made a sedate 50 in 109. These two batsmen made a 69 runs partnership which set up the victory charge for the home side. Sebastian’s made 139 at the end of 40 overs. After taking the team closer to the target, the partnership came to an end when Tharusha Fernando was dismissed after making 45 runs. Mishen Silva was also adjudged LBW in the very next over but Nuwanidu kept his cool to easily help St. Sebastian’s College retain the trophy.