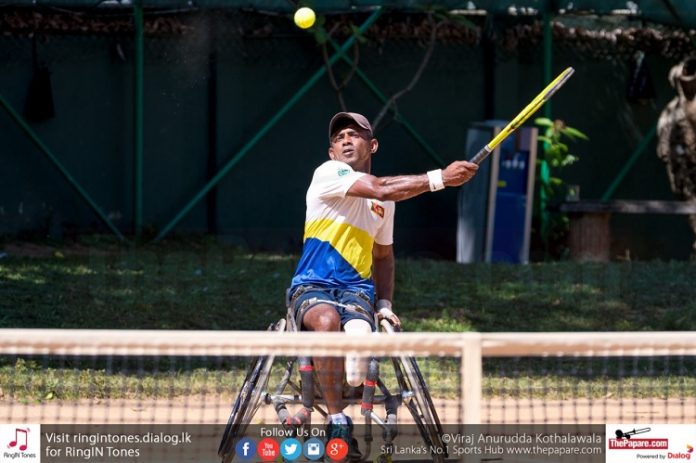 Two countries of the wheelchair corps were honoured at the SSC Open Wheelchair Tennis Tournament 2019 of the ITF future series. The championship was played off at the SSC open tennis courts with over 32 players from 6 countries held from the 20th February to 23rd February.

Gamini Dissanayaka spoke to ThePapare.com and described his game

“I did my practice sessions well and worked hard for this tournament. When the opponent led the game I think I need to break the game and there is no hurry to end the game and I need to take my time then opponent will get lazy and I can easily win the game. My target is to achieve a big win at the World Cup or Para Olympic”

“We had a good tournament in Sri Lanka. We are targeting the World Cup and Para Olympic games”