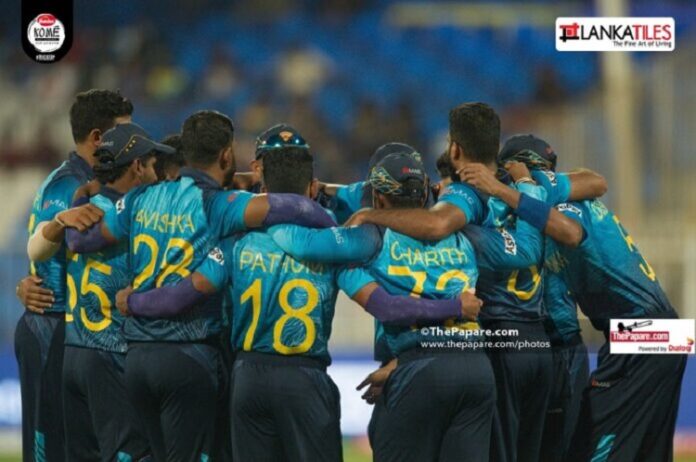 Zimbabwe has won the ICC Men’s T20 World Cup Qualifier B defeating the Netherlands and securing the final spot in Group B in the First Round at Australia 2022 alongside Ireland, Scotland and West Indies.

Australia will host the ICC Men’s T20 World Cup for the first time ever between 16 October and 13 November 2022 across seven host cities, with Geelong and Hobart playing host to the First Round.

Zimbabwe’s first match will take place on the second day of the Men’s T20 World Cup against fellow qualifier Ireland in Hobart on 17 October. The evening match will be played as part of a double-header, with West Indies taking on Scotland in the afternoon fixture.

On a day of low-scoring encounters in the ICC Men’s T20 World Cup Qualifier B, hosts Zimbabwe secured a 37-run win over the Netherlands in the final despite being restricted to just 132 batting first.

Sikandar Raza was the hero for the home side, taking four for eight from his four overs during a spell in which the Dutch lost six wickets for just 17 runs.

Logan van Beek (3/18) had earlier played an important role for the Netherlands, removing both skipper Craig Ervine and Raza as Zimbabwe slumped from 93 for three to 132 all out.

In reply, the Dutch made a reasonable start, sitting at 45 for two before the wickets started tumbling, with Raza trapping Stephan Myburgh (22) leg before for his first wicket and arguably the most important of the match.

Zimbabwe captain Craig Ervine said: “It’s unbelievable. This is what we used to know Zimbabwe cricket to be like, all the supporters coming out and cheering for us. And over the past week, we’ve definitely given them something to cheer about. From the players’ point of view, it’s good to see the cheers and the happiness back in the crowd.

“We’ve just got to concentrate on what we have done over this week. The World Cup First Round is in October so there is plenty of time between now and then to have a chat and think about how we are going to go about that.”

Netherlands captain Scott Edwards said: “Both teams came out here to win and they were too good for us today. We got what we came here for in qualifying for the World Cup, it’s just a little bit disappointing that we couldn’t perform in the final.

“Each group (at the World Cup) has got its challenges so we’ll prepare for Australia and the teams we are playing against and see how we go.”

Elsewhere on the final day of action in Zimbabwe, Papua New Guinea squeezed past the USA in the third-place play-off, Uganda edged out Hong Kong in the battle for fifth and Jersey came seventh thanks to a win over Singapore.

Some brilliant bowling from Assad Vala (3/18) and Chad Soper (3/11) helped PNG defend a total of 97 against the USA, winning by five runs. Skipper Vala had made 15 with the bat and then played a crucial role with two wickets from his final over before Soper finished the job.

Uganda held on against Hong Kong for a four-run success, despite making just 102 for seven batting first. Cosmas Kyewuta (2/28) was the hero at the end, taking two wickets in the final over of Hong Kong’s reply.

Jersey enjoyed a relatively straightforward chase in their six-wicket win over Singapore, Nick Greenwood (48) and Jonty Jenner (39no) helping them chase down 141 with time to spare.

“Today is an exciting day for fans with all 16 teams now confirmed for the first ever ICC Men’s T20 World Cup being held in Australia.

“We congratulate the Netherlands and Zimbabwe on making it through a challenging qualifying event and look forward to welcoming them to Hobart and Geelong respectively in the First Round.”