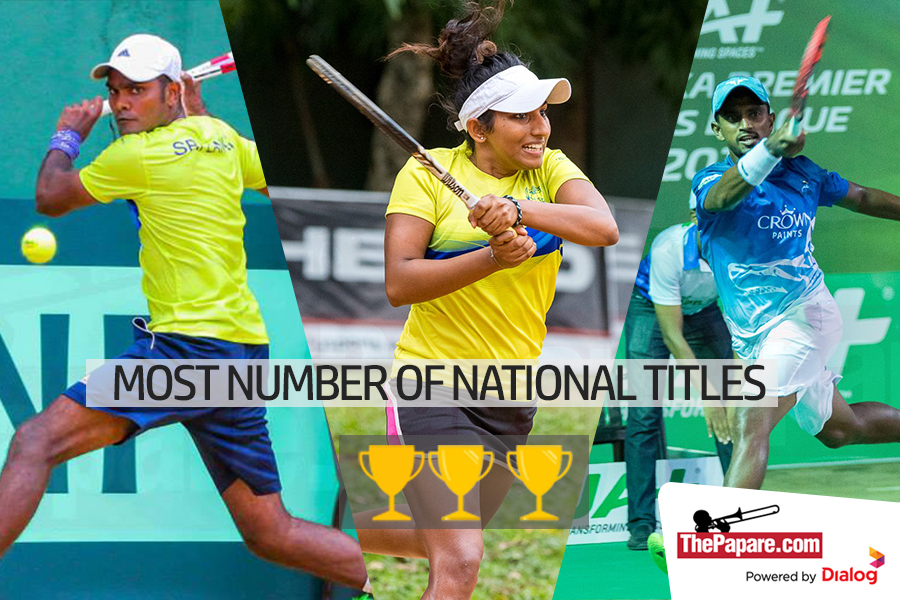 To be the best in the country in a sport is indeed a commendable feat for any sportsperson. But being the best in the sport undisputedly requires continuous effort and determination.

Over the past two decades, Sri Lanka tennis has witnessed a few stalwarts of the game who have evolved to be the greatest in the racket sport, acquiring one title after another under their name.

ThePapare takes a look at the players from the national tennis arena with the most number of titles. 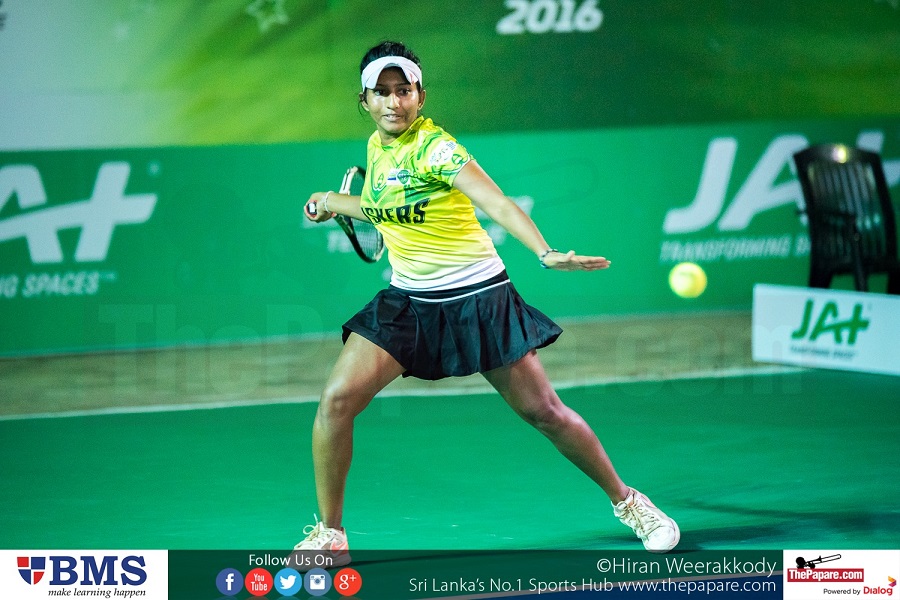 Considered the queen of modern day tennis in Sri Lanka, 24 year old Amritha Muttiah became the most accomplished tennis player in the national competition when she won her sixth successive title in the year 2014.

The product from Holy Family Convent and South Asian Games bronze medallist rose to stardom when she won her first national singles title at the age of 17 in 2009. Since then she has been a nearly unstoppable force and currently is in the top seeded list in the country.

Seven years prior to Kumar Sangakkara making his debut in the Sri Lanka Cricket jersey, it was his elder sibling Saranga Sangakkara who took the spotlight, when she won the Women’s Singles.

The elder sibling of the cricketing great made history in the 90’s when she was the recipient of the Women’s Singles national title at the age of 17 in 1993 and later stamped her dominance retaining the crown in five successive years.

Her record for holdin g the most number of national titles stood for a 17 years until Amritha Muttiah won her 6th in 2014. 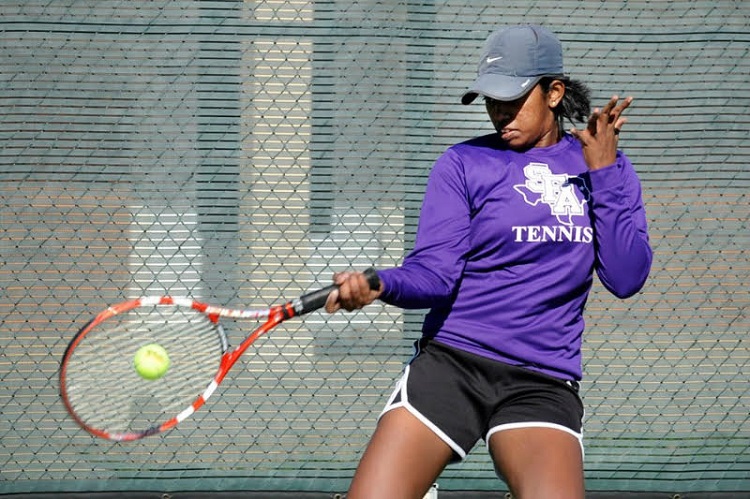 She also takes credit for being a high achiever in the ITF Junior Circuit with a career best position of 309, which she achieved in 2009. 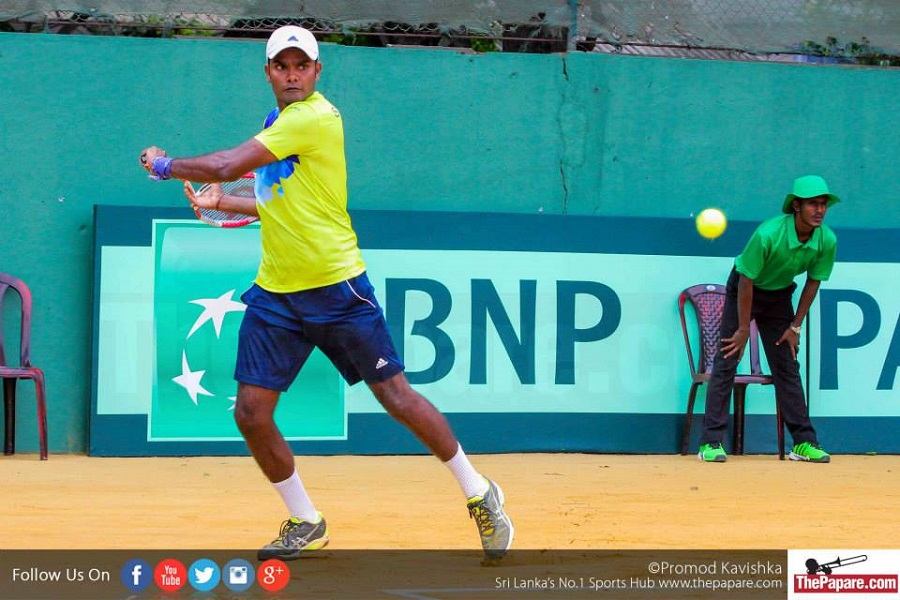 A modern day veteran of the sport, Harshana Godamanne has the record for the most number of national titles in the Men’s category in the 21st century, claiming his first in 2005.

The Royal College alumni, Harshana is Sri Lanka’s top achiever in the Davis Cup, anchoring the country’s hopes since 2002. His win/loss ratio of 38 wins against 15 losses is the best in Sri Lanka.

Top seeded player from the 1990’s Jayendra Wijesekara had a phenomenal run as a player, winning the national title on five occasions. He was the top seeded player in the Men’s singles during the late 90’s and represented Sri Lanka in the Davis Cup. 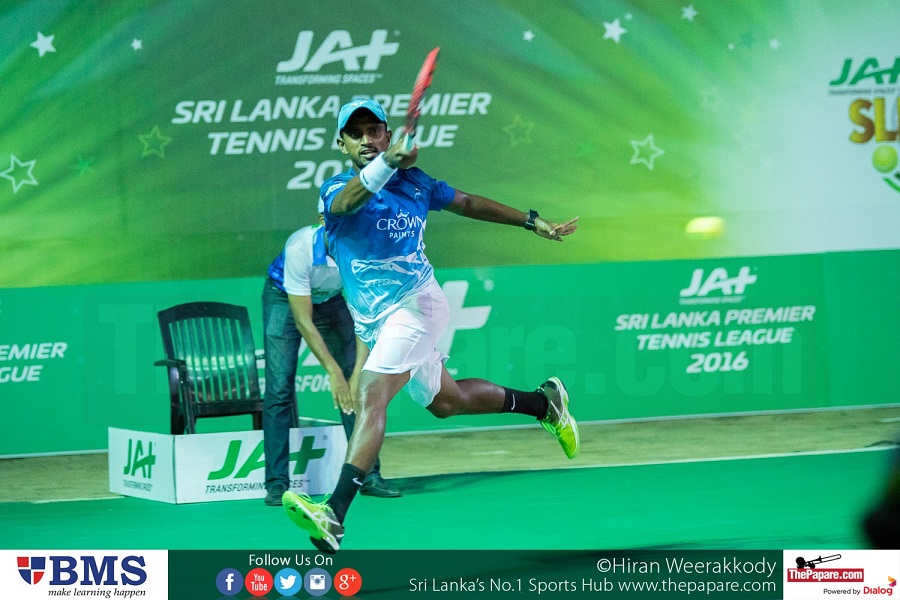 A household name in the tennis arena, Dineshkanthan followed the footsteps of Godamanne and took home his first title in 2011. He had a successive streak in retaining the national crown for three years and after a disappointing run in 2014, the former Peterite fought back to win back the title in 2015.

*Only Men’s and Women’s Singles from 1990-2016 were taken into consideration.