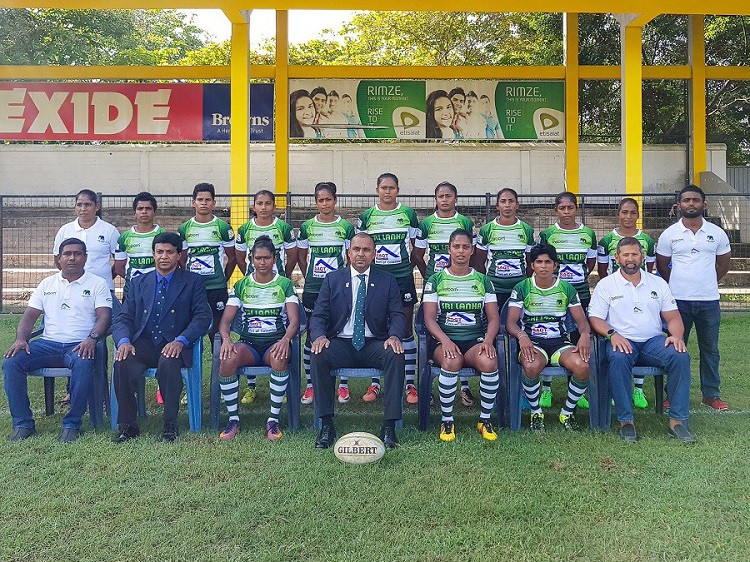 Having tasted success at the Borneo Sevens, the Sri Lanka Rugby Women’s sevens team will be eyeing greater glory this Asia Sevens series as the team takes flight to South Korea for the 1st leg of the Women’s series.

The lady Tuskers had a first taste of silverware when the team defeated Thailand 12-5 at the 2017 Borneo Invitational Sevens that was played in March this year. Drawing inspiration from the courageous milestone early this year, the women’s team look in good shape for this year’s conquest.

The women’s competition in the Asia Sevens Series is a two-legged series and will run in pararell with the main tournament in South Korea and in Colombo.

The Lankan ladies didn’t have the best of competitions last time with a disappointing 6th place finish in both legs where they were ruled out of the cup competition and faced Singapore in the Plate final and ended up on the losing side.

“The Borneo will definitely be inspiration for the girls to perform better in the upcoming Asia Series” added the determined women’s skipper Randika Kumudumali whose captaincy won the first silverware for womens rugby in Thailand. “We are definitely looking at a third or a fourth place finish and that is what we as a team are looking to achieve this leg” the captain added further on the team’s expectations.

A total of eight teams will take part in the women’s competition as the Lankans are drawn alongside Hong Kong, China and South Korea. It will be a tight contest in the group stages but coach Sudath Sampath believes that the team is on track for a successful tourney.

“I have higher expectations for the team to perform better than the Borneo sevens and believe that the team could put up a strong display in South Korea” added coach Sudath Sampath who has been with the team since last year.

“We will start with our first match and try to win it and move forward”.

An optimistic coach, Sampath envisions that his team will finish either third or fourth this series.

Randika Kumudumali will give leadership to the outfit this series and she looks confident of the side with the national team retaining the services of the experienced lot.

The speedsters Dulani Pallekondage and Ayesha Perera will be vital for Sri Lanka’s success while senior campaginers and former skipper Thanuja Weerakkody and Anusha Attanayake strengthen the squad in terms of experience.

There clearly has been lot of effort put into the development of women’s rugby in the country. A national pool was established to develop the players and encourage many more to take up the sport.

The Sri Lanka Rugby team will be looking for a final finish in the 2nd leg of the Asia Sevens..